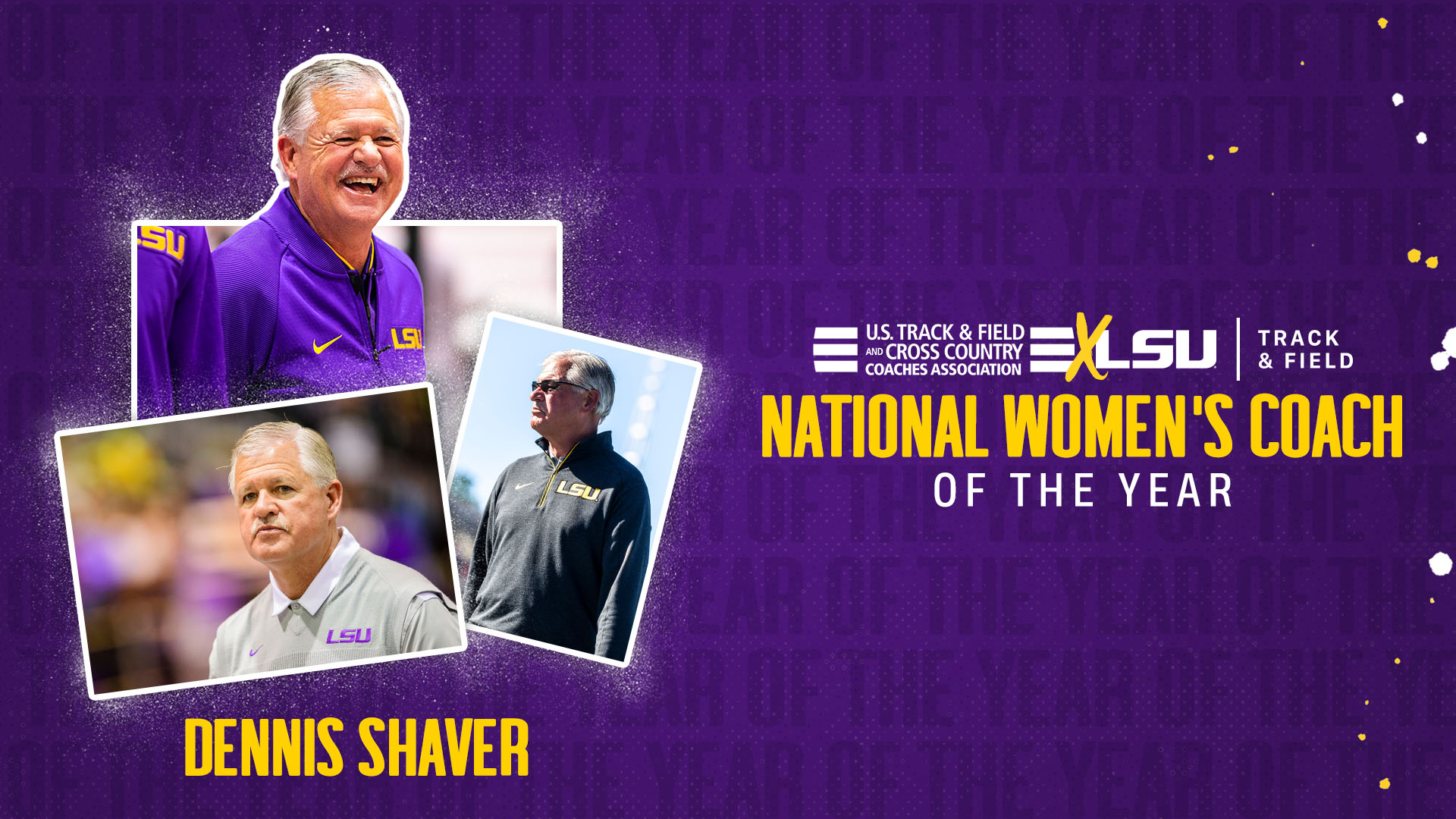 “It’s such an honor to receive this award, and I accept it on behalf of the amazing staff I have working alongside me here in Baton Rouge,” Shaver said. “We all work so hard and put so much time and effort into our profession. We want the best for our student-athletes. We want them to succeed in the classroom, on the track, and in the real world. I’m so proud of what our student-athletes were able to accomplish this season.”

Shaver had the LSU women ranked No. 1 in the nation for four straight weeks as they headed into the NCAA meet as the favorite to win it all. Just a day before competition was slated to begin at the NCAA Championships in Albuquerque, N.M., all remaining NCAA events for the 2019-20 academic year were cancelled due to the COVID-19 outbreak.

Shaver had LSU in prime position to capture its 26th women’s national title in program history as the LSU women had an NCAA leading 13 scoring opportunities. Tonea Marshall (60 meter hurdles) and Abby O’Donoghue (high jump) were legitimate contenders to win individual national titles as well; Marshall had not lost a race in the 60 hurdles all season long, and O’Donoghue’s only defeat of the year was to the NCAA leader by less than an inch.

Shaver had seven other individuals and a relay that were ranked inside the top eight of the NCAA rankings and projected to score points for the Tigers at the national meet. All in all, LSU women set 13 top-10 marks in program history during the indoor season that included school records by Marshall in the 60 meter hurdles (7.86) and O’Donoghue in the high jump (6′ 2.25″/1.89 meters).

This marks the third time in Shaver’s career that he has been named the national coach of the year. He received the award on the women’s in 2008 and 2012 following the outdoor season in both of those years. Shaver was also one of three finalists for the Men’s National Coach of the Year award as the LSU men’s track and field squad was ranked No. 1 headed into the NCAA Championships. Todd Lane (Men’s Assistant Coach of the Year) and Tonea Marshall (Women’s Track Athlete of the Year) were LSU’s other finalists for national awards.

Grateful & thankful that this man is our leader. Congrats once again, @LSUCoachShaver! pic.twitter.com/b7YL8zb8nd