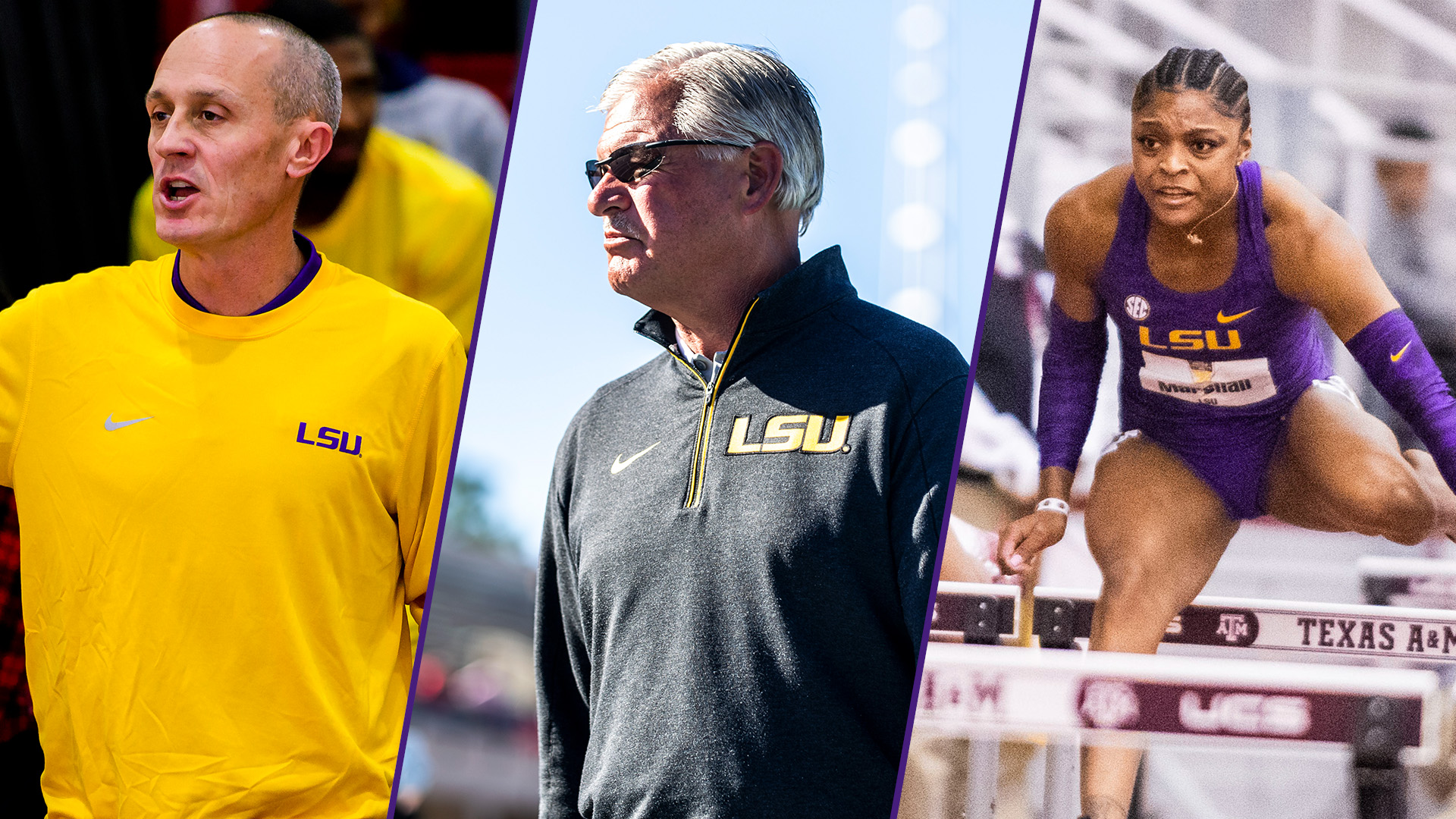 Baton Rouge, La. – The U.S. Track & Field and Cross Country Coaches Association released finalists for its end of the season awards on Friday morning and LSU track and field’s Tonea Marshall, Todd Lane and Dennis Shaver were amongst the athletes and coaches recognized.

Marshall is in the running for the National Women’s Track Athlete of the Year category, Lane is nominated for the National Men’s Assistant Coach of the Year section, and Shaver is up for Coach of the Year on both the women’s and men’s side as he had the Tigers ranked No. 1 nationally on both sides heading into the NCAA Championships. Normally a one-time vote is held after the NCAA Championships for these awards, but since the NCAA meet was cancelled an initial vote has been held to identify the top three nominees in each category before a final vote for the winner(s) will take place next week.

Marshall had one of the best indoor hurdling seasons in NCAA history in 2020. Her season-best time of 7.86 that she ran at the Corky Classic in the 60 meter hurdles made her the third-fastest hurdler in NCAA indoor history and the LSU school record holder. She won her first ever SEC individual title as she clocked a time of 7.89 seconds in the finals of the SEC meet in the 60 meter hurdles and broke Kendra Harrison’s meet record of 7.92 that was set in 2015. Marshall became only the second hurdler in NCAA history to register three times of 7.90 or faster in the 60 hurdles; she ran the aforementioned 7.86 at the Corky Classic (Jan. 18), the 7.89 at the SEC Championships (Feb. 29), and she also ran a 7.89 at the Tyson Invitational on Feb. 15. She’s the fastest 60 meter hurdler in SEC history and she did not lose a finals race all season long going an unblemished 4-0 in her event. A model of consistency all season long, Marshall closed out 2020 with seven-straight races of 8.00 seconds or faster in the 60 meter hurdles.

Shaver had both of his squads primed to make a run at NCAA titles in 2020. The women’s squad had an NCAA leading 13 entries for the national meet, and the men had 10 entries heading into the NCAA meet. Shaver had nine athletes ranked inside the top five of their respective events heading into the NCAA meet including NCAA leaders Terrance Laird (20.43/200 meters) and Tonea Marshall (7.86/60 meter hurdles). He also had LSU as the only program in America to have a female and male on The Bowerman Watch List with Marshall on the women’s side, and JuVaughn Harrison on the men’s side. Harrison was ranked No. 2 nationally in the long jump (26′ 7.25″/8.11 meters) and No. 3 nationally in the high jump (7′ 5.75″/2.28 meters) going into the national meet. LSU athletes registered 22 marks to the LSU all-time top-10 list this season including school records by Tonea Marshall (7.86/60 meter hurdles) and Abby O’Donoghue (6′ 2.25″/1.89 meters/high jump).

Lane tutored one of the best jumping duos in the nation this season in Rayvon Grey and JuVaughn Harrison. He coached Harrison to his second-straight SEC indoor high jump title as Harrison cleared a bar of 7′ 5″ (2.26 meters) at the SEC meet. As already been mentioned, Harrison was ranked No. 2 in the long jump and No. 3 in the high jump nationally headed into the NCAA meet. His counterpart, Rayvon Grey, was the No. 3 ranked long jumper in the nation with a season best of 26′ 6.50″ (8.09 meters). Lane’s jumpers scored 22 points at the SEC meet for the Tigers.