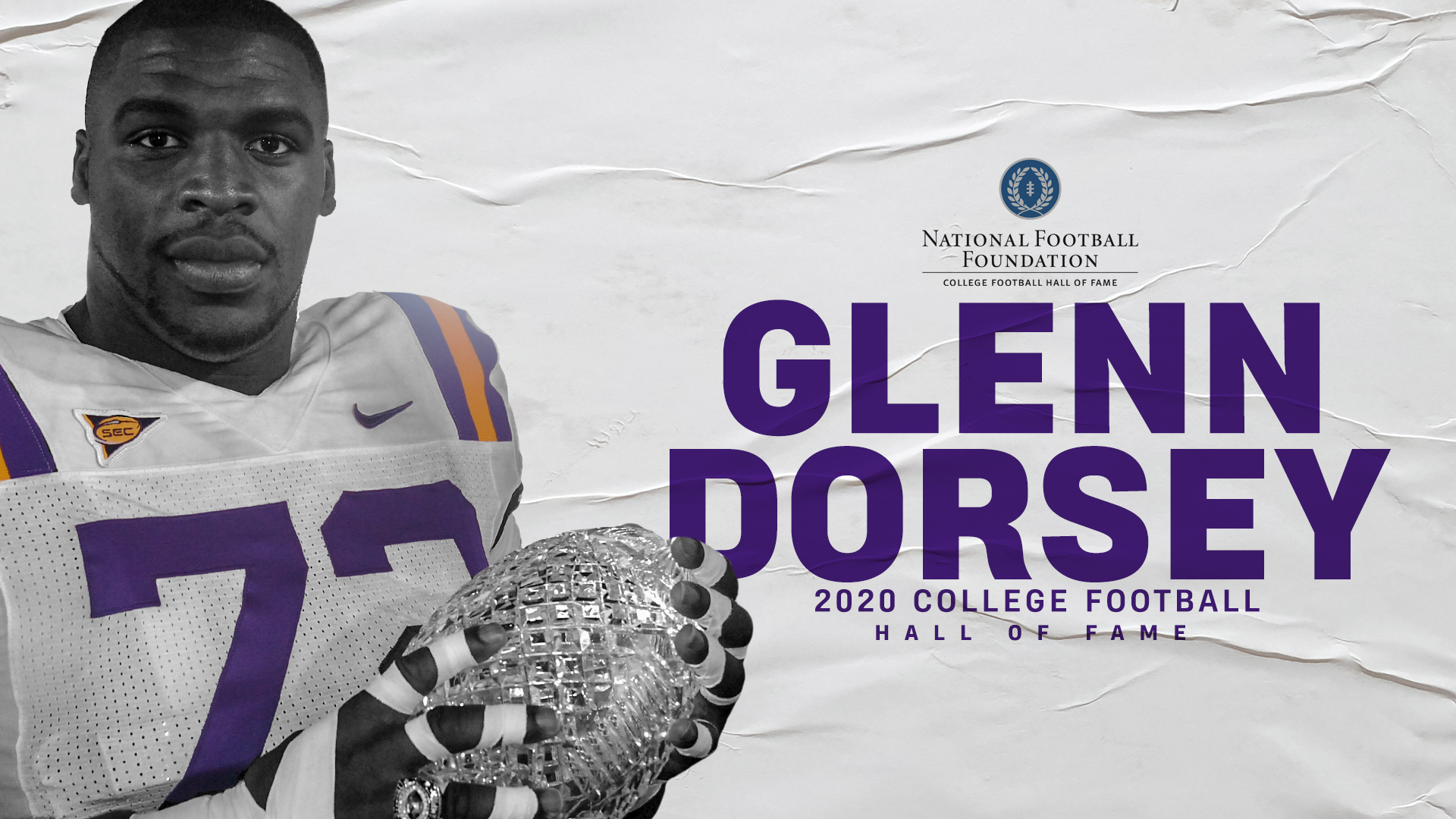 BATON ROUGE – Glenn Dorsey, the most decorated defensive player in LSU history, has been named to the 2020 College Football Hall of Fame Class, the National Football Foundation announced on Wednesday.

Dorsey, who starred on LSU’s 2007 national championship team, will officially be inducted into the College Football Hall of Fame on December 8, 2020 at the NFF Annual Awards Dinner in New York City.

Dorsey is joined in the 2020 Class by 16 other players along with two coaches – Dick Sheridan and Andy Talley.

“This means the world to me,” Dorsey said on Wednesday morning. “I can’t thank LSU and my hometown of Gonzales enough for all of their support. We did this together. LSU gave me a chance that ended up changing my life. I can’t express how thankful and thrilled I am about this honor. There are so many people that helped me along the way that made this possible. I’m truly humbled and excited and will forever be grateful to LSU and the opportunities that playing in Tiger Stadium gave me.”

Dorsey won four national awards in 2007 – the Outland, Lombardi, Nagurski, and Lott – as he led the Tigers to a 12-2 mark and the national title that year. Dorsey was also named the SEC Defensive Player of the Year in 2007 after recording 69 tackles, 12.5 tackles for loss and seven sacks.

Following his LSU career, Dorsey was selected No. 5 overall by the Kansas City Chiefs in the 2008 NFL Draft. Dorsey played nine years in the NFL. He retired from football following the 2016 season.