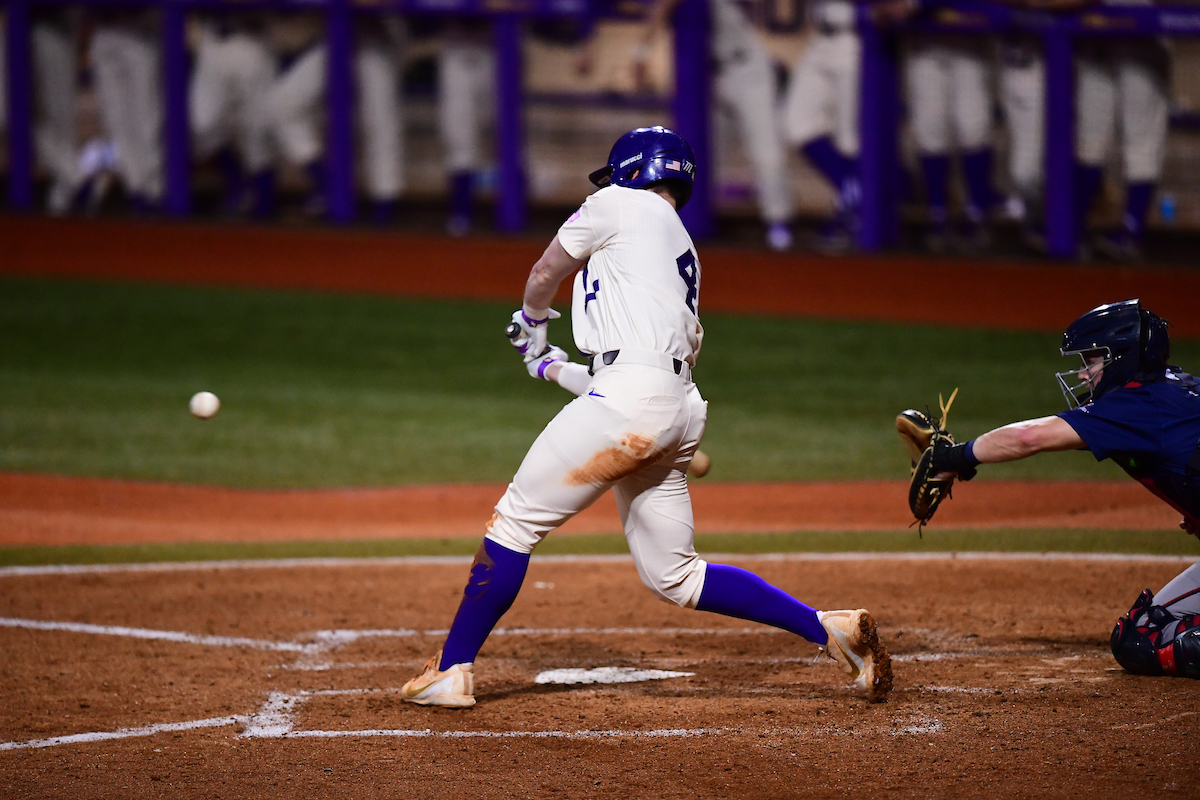 BATON ROUGE, La. – A solo home run off the bat of first baseman Cade Beloso and a three-run third inning propelled No. 19 LSU to a 4-1 win over South Alabama on Wednesday night at Alex Box Stadium, Skip Bertman Field.

The Tigers improved to 12-5 on the season with the win while South Alabama dropped to 8-10.

LSU opens SEC play this weekend at Ole Miss. The first game of the weekend series is Friday night at 6:30 p.m. CT. All games over the weekend will be available on SEC Network Plus, and fans can listen to the series on affiliates of the LSU Sports Radio Network, or online at LSUsports.net/live.

“I thought this was a very good win for our team,” said LSU coach Paul Mainieri. “We had a lot of quality at-bats and put some good swings on the ball. Four runs was enough tonight, so it was a good offensive night considering that we pitched so well.”

South Alabama shortstop Santi Montiel hit a leadoff double to left the start the top of the first inning. He then moved to third on a sac fly and scored on a single to center by centerfielder Michael Sandle to give the Jaguars a 1-0 lead.

Beloso tied the game in the bottom of the second as he belted a solo home run into the right field bleachers, marking his first dinger of the season.

The Tigers then tacked on three runs in the third inning to take the lead. Shortstop Collier Cranford hit a leadoff single to open the third and third baseman Zack Mathis followed with another base hit that moved Cranford to third.

With two Tigers on base, second baseman Cade Doughty singled to left to drive in Cranford and move Mathis to third. Doughty advanced to second on a throw. Right fielder Daniel Cabrera followed with a single to center that scored Mathis and Doughty to give LSU a 4-1 advantage.

Junior left-hander Brandon Kaminer (3-1) earned the win in 3.0 innings of work. Kaminer allowed one earned run on four hits. He struck out five of the 16 batters he faced.

Junior right-hander Devin Fontenot picked up the save as he pitched the ninth inning and notched two strikeouts.

Jacob Hasty, Eric Walker, Nick Storz, Aaron George, Matthew Beck and Fontenot all came out of the bullpen and pitched one inning each. Storz and Fontenot both recorded two strikeouts.

LSU pitcher AJ Labas has signed a free agent deal with the Minnesota Twins, and he will be assigned to a team in the Twins’ minor league organization.
D1 Baseball Recognizes Three LSU All-Americans