Amid Uncertainty, Tigers Make It Count and Count Their Blessings 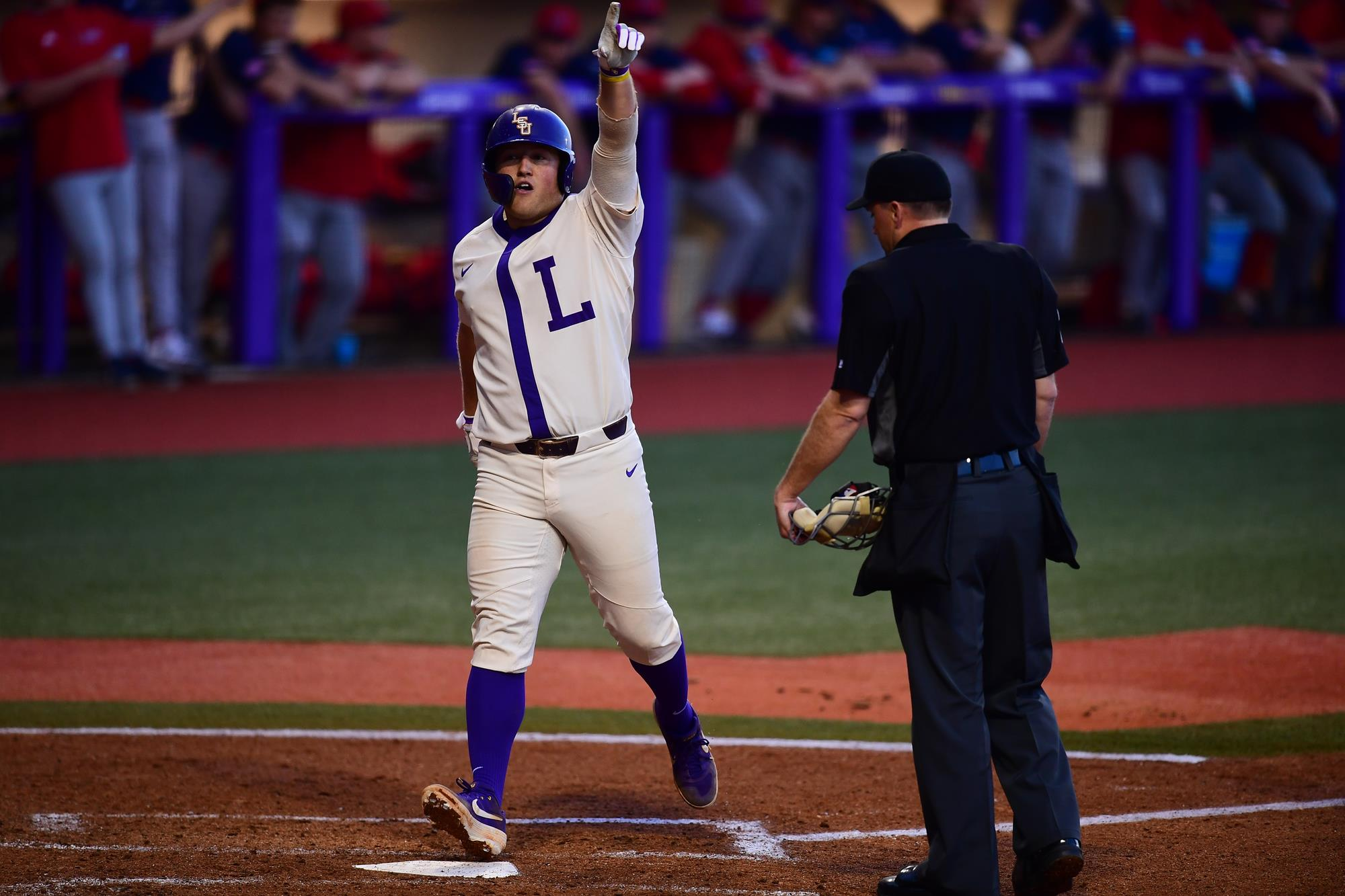 After LSU defeated South Alabama 4-1 on Wednesday night, the teams did not shake hands.

There was no ill will between host and guest. This was agreed upon before the game, the first precaution of the night in a world trying to cope with a pandemic.

“It’s weird,” said winning pitcher Brandon Kaminer, who threw 3.0 innings and struck out five batters in front of a small crowd inside Alex Box. “I had a couple buddies on the team, so I couldn’t even really get to say what’s up and stuff. It’s pretty weird just not saying good luck and good game after.”

The crowds, here and everywhere, will only get smaller. During the game, LSU, in alignment with the NCAA and SEC, announced it will close games to the public through the end of the month, due to the global spread of COVID-19, also referred to as the coronavirus.

Wednesday was weird inside of Alex Box Stadium, and it was weirder outside of it. Baseball was played, and the plans are that it will continue to be played. But more important than the 11 hits LSU’s offense generated or the six shutout innings its bullpen tossed was the context of the game and the uncertainty that only grew throughout the evening.

Prior to the start, LSU’s players followed along on Twitter as the Ivy League canceled all spring sports. Cade Beloso, who belted his first home run of the season in the second inning, spoke before the game to his summer league teammate, Harvard pitcher Kieran Shaw. A senior, Shaw’s career appears to be over.

“He was pretty devastated about it,” Beloso said. “This is his last go round. To be told you can’t play the game of baseball anymore, that’s something that comes to you at some point in time, but his was a little early.

Before the contest, head coach Paul Mainieri and his team weren’t sure whether or not their season would continue beyond Wednesday. He hinted to his position players before pre-game infield/outfield that it might be their last game playing in front of fans.

After the game, Mainieri held a team meeting to inform them of the decision to close games to the public. They had questions, and he answered them as best as he could, given little time to prepare.

There were logistical questions: can my family come to the games? What about girlfriends? What Maineri knew, he answered.

He also addressed things from a baseball perspective. The Tigers open SEC play at Ole Miss this weekend, and instead of preparing for a rowdy crowd at Swayze Field and loads of beer showers in the outfield, Maineri’s team has to prepare mentally for an almost-empty stadium. The league will revisit its decision to close events to the public after March 31.

Until then, things will be different for those on the field and in the dugout.

Paul Mainieri: “When we were young kids learning to play the game, we didn’t have big crowds out at our games all the time. We played because we loved the game. That’s what you have to go back to.” pic.twitter.com/oWVM3913uJ

“You just have to go back to your roots,” Mainieri said. “When we were young kids learning to play the game, we didn’t have big crowds out at our games all the time. We played because we loved the game. That’s what you have to go back to.

“The game doesn’t change no matter where you’re at or how many people are in the stands,” Beloso added. “We play because we love baseball. That’s really the bottom line. Fans are cool and all, but we’re playing just to have fun out there and playing the game we love.”

From a broader perspective, though, Mainieri realized before, during, and after the game how small sports can seem in the face of literal pandemic. He likened it, emotionally speaking, to the uncertainty surrounding players, coaches, and fans across the country after September 11, 2001.

“My feeling is kind of like my feelings when the planes hit the towers,” he said. “You didn’t know, what did this mean? Where is this going from here? When is it going to end? There’s a bigger picture than just baseball or college athletics or anything else. We need to obviously get this under control worldwide.

“I’ve never been through anything this dramatic in my life. Let’s just pray to God that it gets under control and we can get back to living a normal life again.”

Paul Mainieri said it feels like it did when the twin towers fell, that sense of not knowing what the future holds. pic.twitter.com/f2oCQorymd

Wednesday was anything but normal outside of Alex Box. They were strange, too, inside, though there were familiar moments. With two strikes and two outs in the ninth, the remaining crowd rose from their seats, cheering for one final strike from closer Devin Fontenot.

When they got it, they did not return to their seats. When they will sit in them again is unclear, the final uncertainty of an evening full of them.

But for now, on the field, the games go on, a small grace on an evening in need of them.