Men’s Tennis Hosts Memphis in Battle of the Tigers 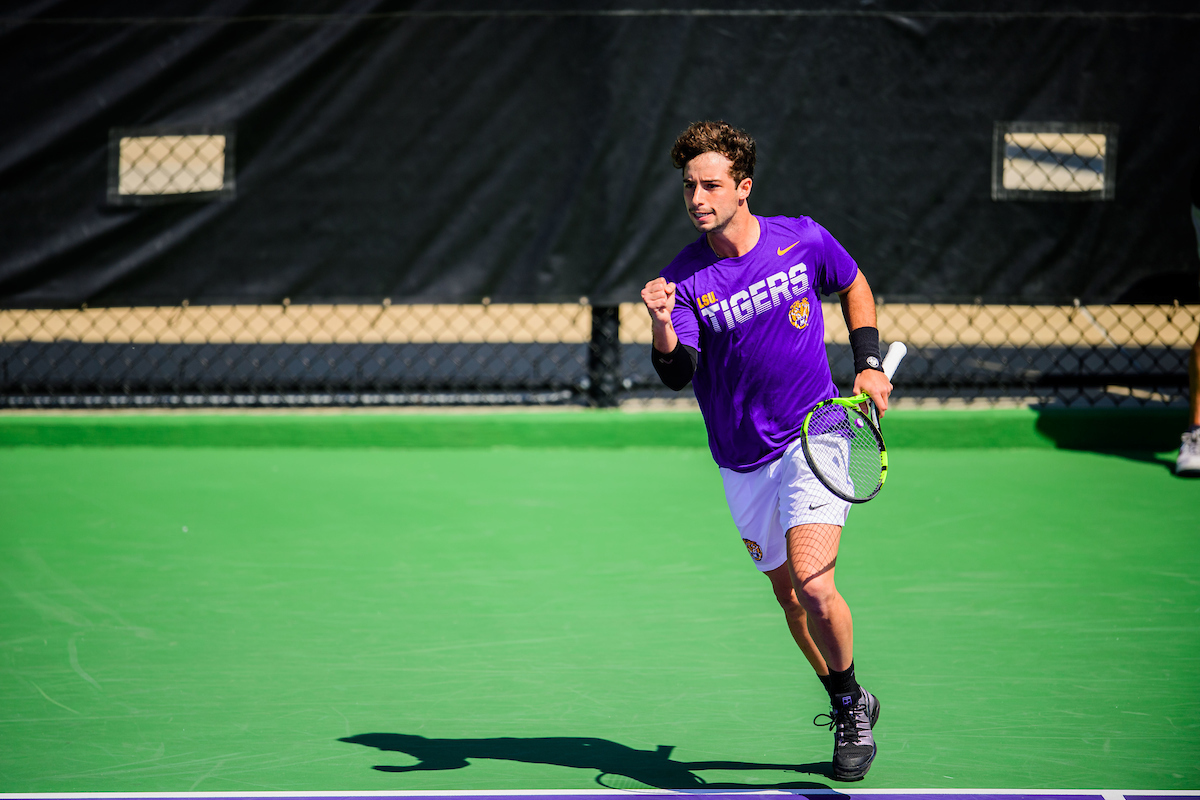 BATON ROUGE — The LSU men’s tennis team welcomes the Memphis Tigers to the LSU Tennis Complex, this Wednesday at 4 p.m.

LSU is coming off a weekend going 1-2, losing to Florida on Friday, South Carolina on Sunday, but sweeping Nicholls later on Sunday. Though losing in conference play wasn’t ideal, there were a few silver linings to take away from the weekend. Freshman Ronald Hohmann had an impressive couple of days, starting on Friday when he took No. 5 Sam Riffice to a third-set tiebreak. Riffice ended up winning the match, 6-4, 4-6, 1-0(8), but Hohmann took that performance into Sunday against No. 46 Daniel Rodrigues. He received his first ranked win as a Tiger, defeating Rodrigues in straight sets, 6-4, 7-6(9). LSU also switched up their court one and court two doubles lineups. Sophomore Daniel Moreno went with Ronald Hohmann while junior Joey Thomas paired with senior Rafael Wagner. Moreno and Hohmann were defeated by Florida’s No. 19 Sam Riffice and Oliver Crawford but pushed the duo into a tiebreak. Thomas and Wagner went 2-0 this weekend, defeating Florida’s No. 45 Will Grant and Johannes Ingildsen, 6-4, and South Carolina’s Connor Thomson and Phillip Jordan, 6-2.

This will be the 11th meeting between Memphis and LSU with LSU leading the series, 6-4. The two Tigers met last season when LSU defeated Memphis in a down-to-the-wire, 4-3, victory in February.

Memphis had their three-match winning streak snapped on Sunday after being defeated by UCF, 4-1. They’ve faced three other SEC teams this season, but were defeated in all three by Vanderbilt, Arkansas, and Kentucky. David Stephenson leads Memphis in wins with seven. He’ll be riding a four-match win streak into Baton Rouge. In doubles, Jan Pallares and Patrick Sydow lead with three wins, including one over a ranked opponent.