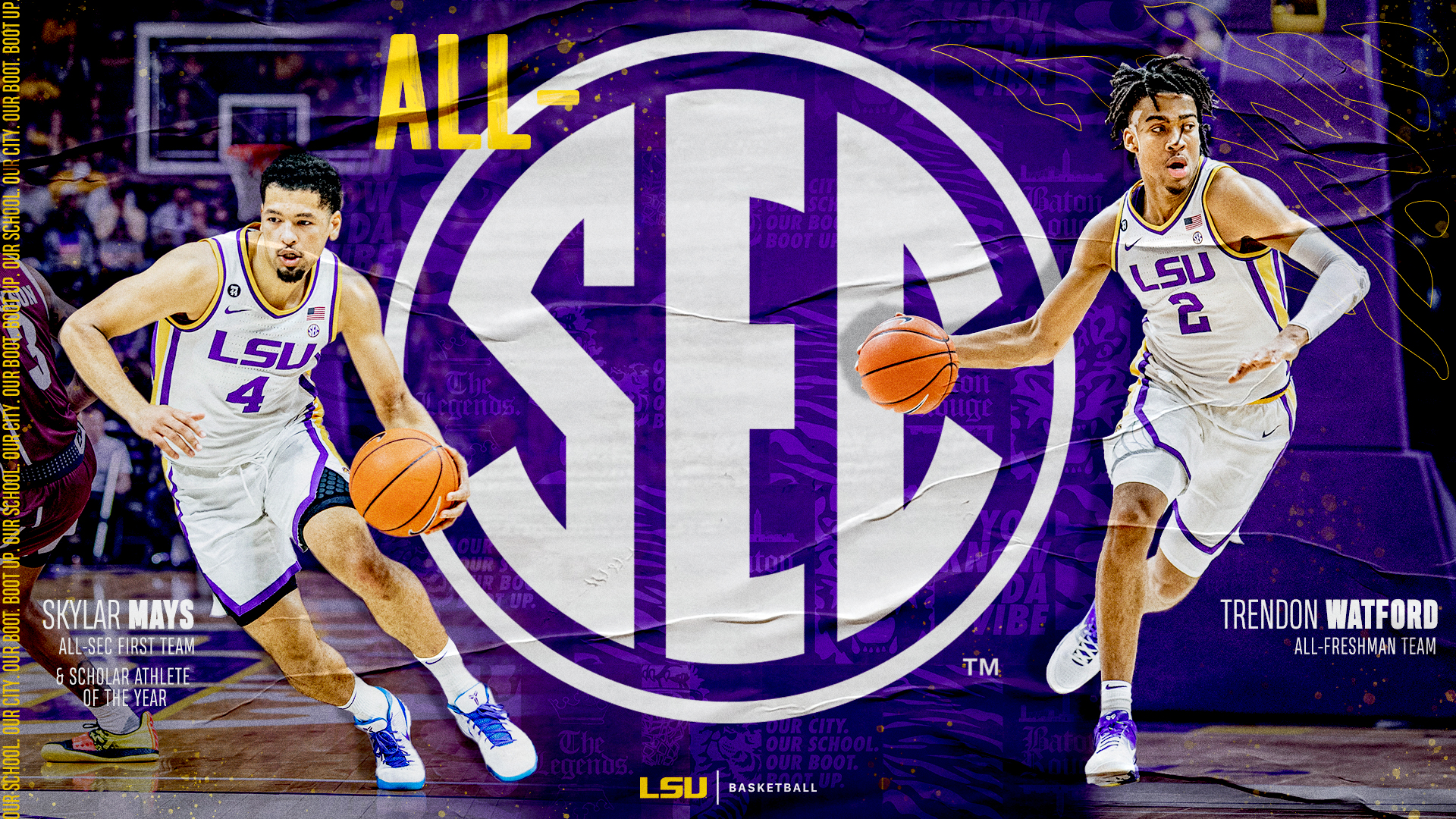 Mays earned SEC honors for the second straight year, being named First Team All-SEC. Also for the second consecutive year he was named the SEC’s scholar-athlete of the year.

Watford was named to the league’s all-freshman team.

Mays, who was named the College Sports Information Directors of America (CoSIDA) Academic All-America of the Year for D1 Basketball on Monday, was a second-team All-SEC selection last year and advanced to the first team this year after a season in which he finished his career in the top 10 in nine LSU record categories.

In the 18 conference games, Mays averaged 17.6 points a game and that is also eighth in the league.

Watford, is 20th in scoring in the league at 13.6 points a game but one of just four freshmen in the top 20 in the SEC in scoring. He is the top freshman rebounder at 7.2 a game, sixth overall in league rebounding. In conference games, Watford is also 20th at 13.8 points a game and third in the league in conference game rebound average at 8.1 a game.

The Birmingham, Alabama native is sixth in the league field goal percentage category at 91-of-190 or 47.9 percent for 18 games.

The Tigers open Southeastern Conference Tournament play on Friday night in the quarterfinals at approximately 8:30 p.m. The game will be televised by the SEC Network and broadcast on the affiliates of the LSU Sports Radio Network.

The complete Coaches All-SEC Team is as follows: