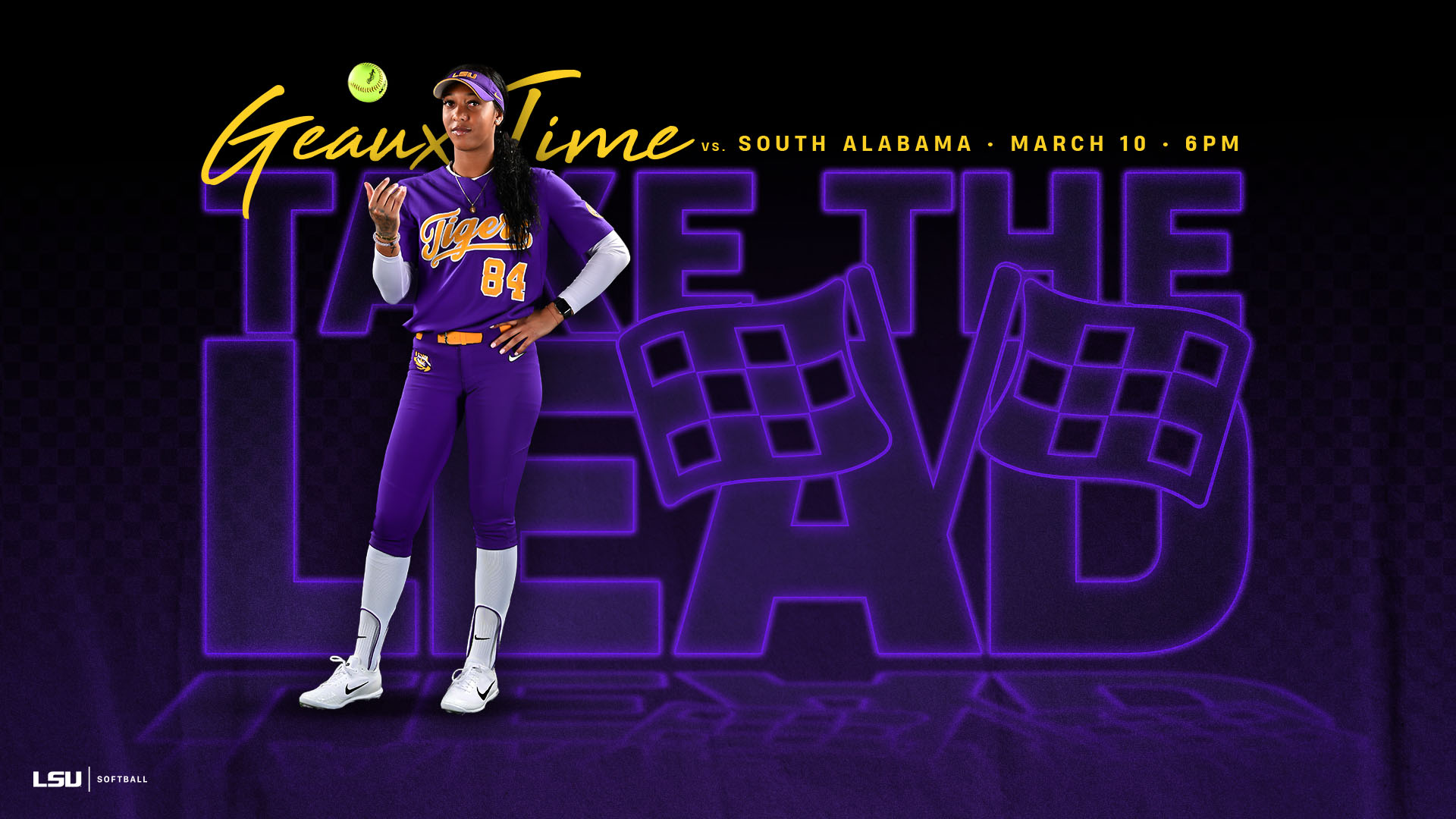 BATON ROUGE – The No. 5/4 LSU Softball team will face South Alabama in a midweek matchup Tuesday at 6 p.m. in Tiger Park.

The game will stream online through SEC Network+ and WatchESPN with Hall of Famers Lyn Rollins and Yvette Girouard on the call. Live stats will be available at LSUStats.com.

About the Tigers
The Tigers go into the midweek with a 20-3 record after a 4-0 weekend in the LSU Round Robin. The Tigers are undefeated at home. Georgia Clark leads the team at the plate with a .426 average. She owns four home runs, 17 RBI and has walked 16 times with a .741 slugging percentage and a .557 on-base percentage.

Scouting South Alabama
South Alabama comes in with an 8-16 record on the year. They are coming off a series win over Appalachian State, claiming the first two games of the series. Amanda Flynn leads team with a .338 mark at the plate. She owns 23 hits, including two doubles, a triple and a home run. She has tallied eight RBI and is 3-for-5 in stolen bases.