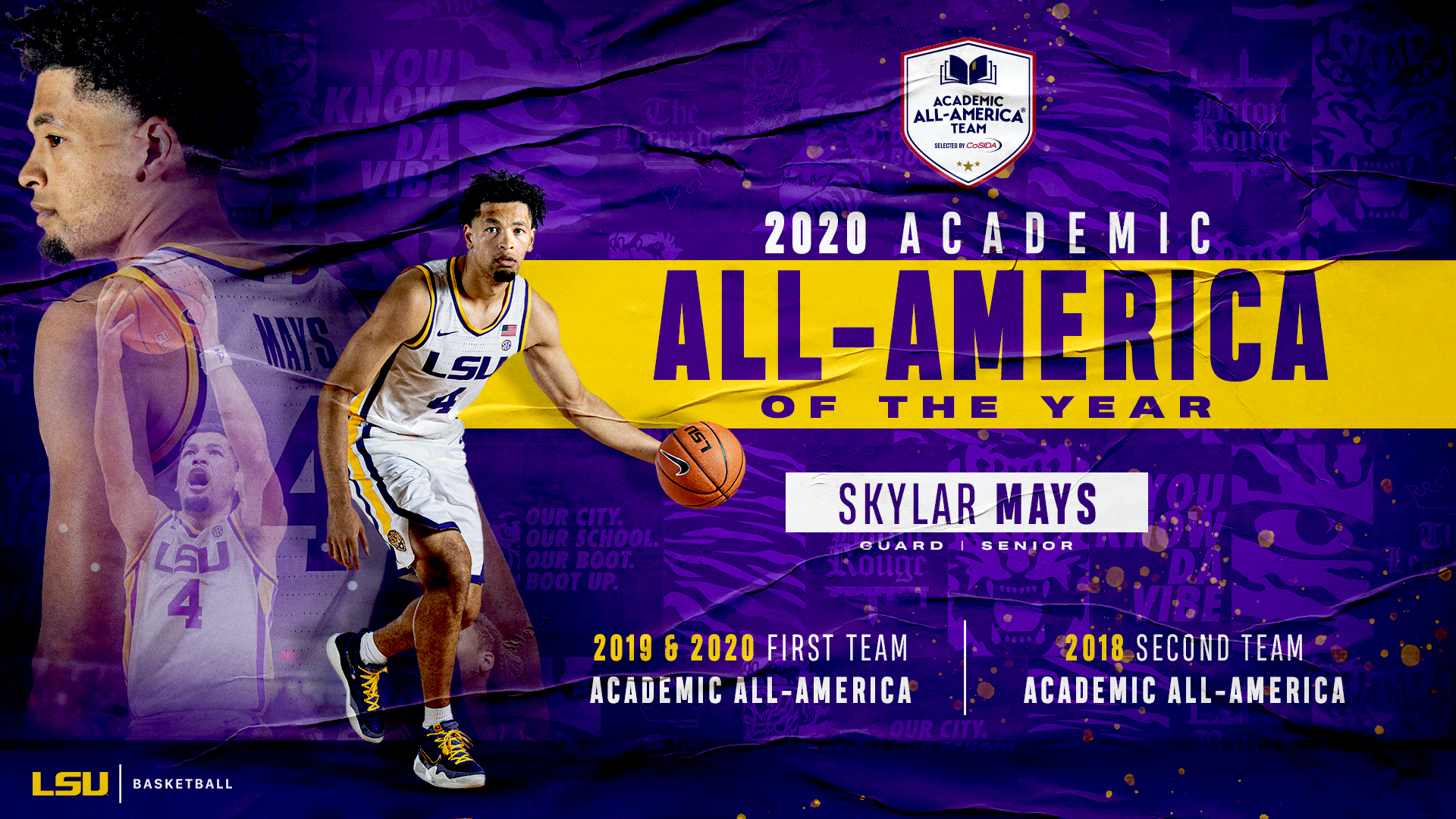 BATON ROUGE – LSU’s Skylar Mays has been named the 2019-20 Academic All-America® of the Year for Division I men’s basketball by the College Sports Information Directors of America (CoSIDA), the organization announced on Monday.

He boasts a 3.93 GPA and was named to the All-SEC Second Team last season. He was also named the 2019 SEC Scholar Athlete of the Year. This season, Mays was a top-10 finalist for the Jerry West Award as of one the nation’s top shooting guards. He also is in the final 10 for the NCAA Senior CLASS Award.

He leads the Tigers scoring 16.7 points per game and is second on the team in assists, averaging 3.2 per game. Mays is the only player in LSU history to accumulate 1,600 points, 400 rebounds, 300 assists, and 200 steals.

For more information regarding the Academic All-America® program, visit https://academicallamerica.com/.