LSU Remains No. 1 for Second Straight Week in Beach Polls 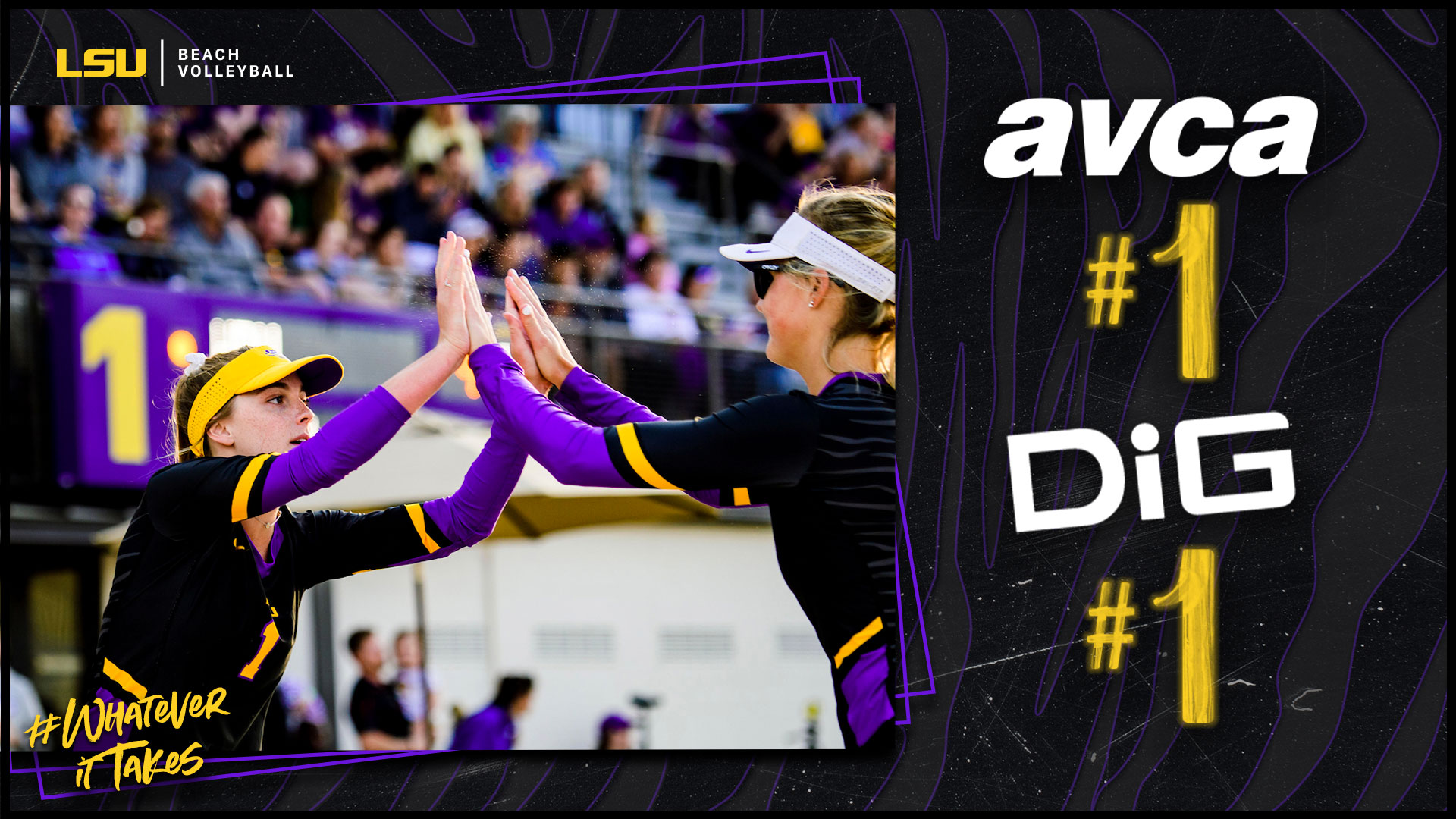 BATON ROUGE – After sweeping the weekend in Fort Worth, the LSU Beach Volleyball Team (12-2) remained the No. 1 team in the AVCA and DiG polls for the second consecutive week.

LSU jumped to the top spot in the rankings one week ago after it defeated previously No. 1 UCLA in consecutive weeks. This is the 40th consecutive AVCA poll that LSU has been included in the top-10.

The Tigers have won 11 consecutive matches, including five against ranked opponents, and haven’t dropped a match since the first day of the season. LSU kept its winning streak alive over the weekend with victories over then No. 17 Arizona, No. 16 TCU, Missouri State and UAB.

This weekend the Tigers will be back in collegiate beach volleyball’s premier facility and stadium – LSU Beach Volleyball Stadium – where a college beach volleyball on-campus record 4,207 people came to see LSU defeat UCLA two weeks ago.