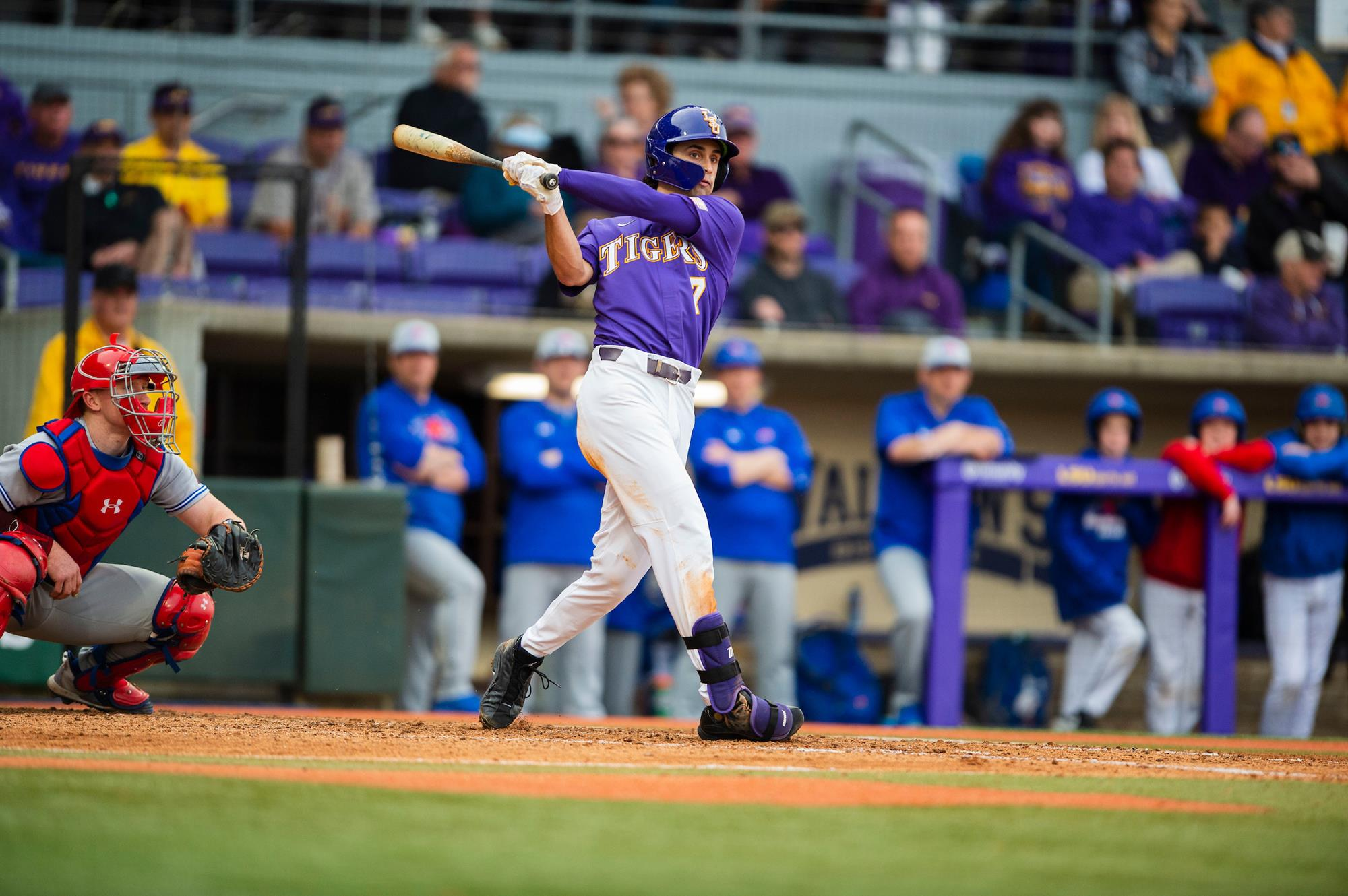 BATON ROUGE, La. – LSU sophomore centerfielder Giovanni DiGiacomo was named the Louisiana Player of the Week on Monday by the Louisiana Sportswriters Association.

DiGiacomo raised his cumulative batting average from .261 to .382 in the four-game span. In the Tigers’ three-game series sweep of UMass Lowell last weekend, he was 7-for-11 with two doubles, one triple, five runs, three RBI and two steals. He tied his single-game high for hits on Friday night, going 3-for-3 at the plate with a double and an RBI.