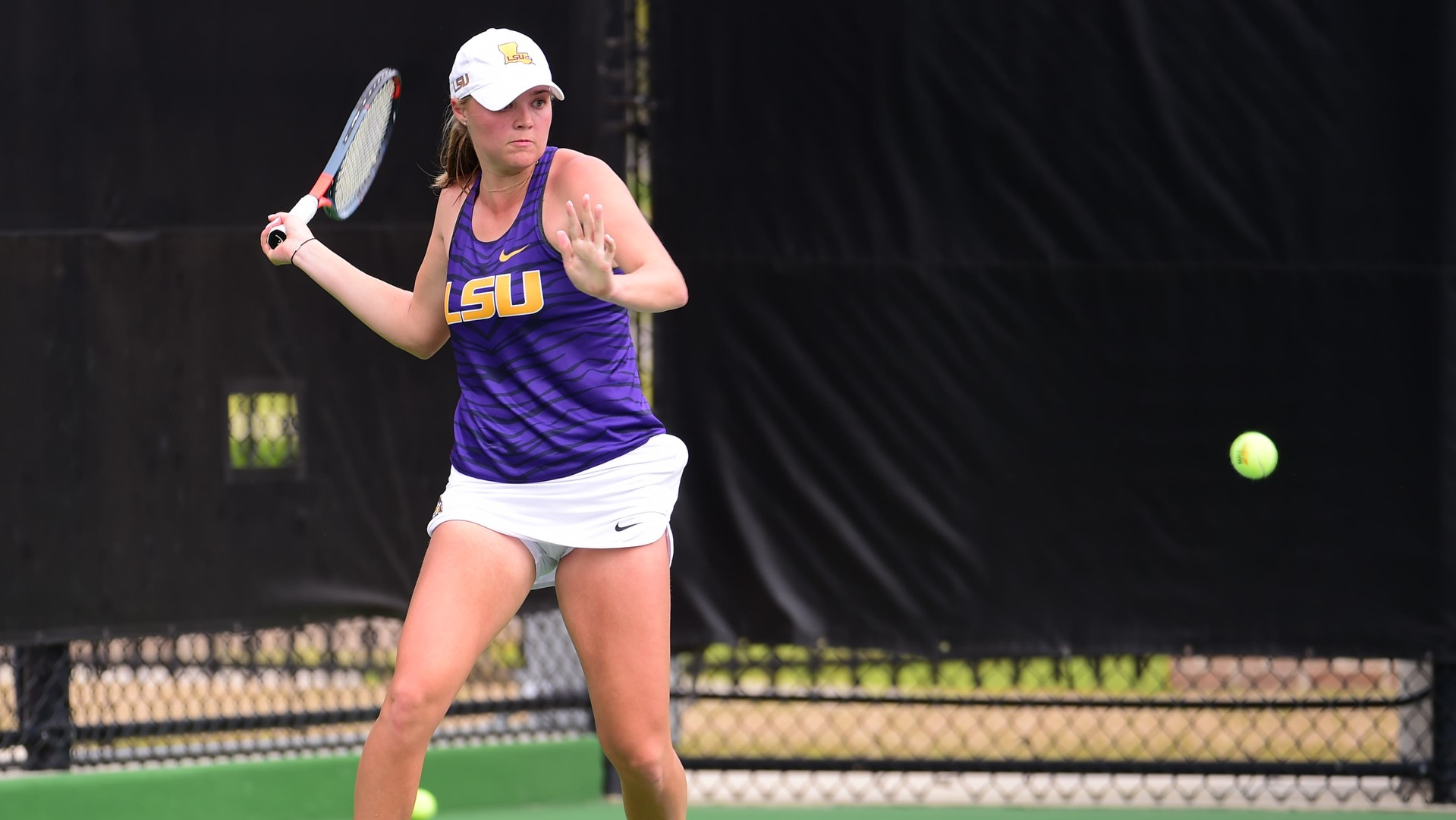 Columbia, S.C. – The No. 25 LSU women’s tennis team dropped its first SEC match of the season when the Tigers fell to No. 22 South Carolina by a score of 4-1 on Sunday, March 8, at the Columbia Tennis Center.

“Credit to South Carolina for their play today,” co-head coach Michael Sell said. “As disappointing as some aspects were today, we still managed to put ourselves in winning positions on most courts.”

“We have had a tremendous last six weeks of performance, especially to start SEC play. We have been on the road for many weekends in a row against top caliber teams but we are excited to return home to correct what’s needed and to keep progressing. There’s a lot of desire and hunger in this team, and I’m excited for who this team is and can become.”

The Gamecocks grabbed the first doubles win of the afternoon at the No. 1 doubles, where the No. 77 duo of Megan Davies and Mia Horvit downed No. 26-ranked team of junior Eden Richardson and freshman Nina Geissler, 6-2.

The Tigers struck back when the freshman duo of Safiya Carrington and Maggie Cubitt earned their fourth win of the season as a team at the No. 3, where they defeated Kennedy Wicker and Elise Mills 6-4.

South Carolina clinched the doubles point when the No. 24-ranked duo of Silvia Chinellato and Emma Shelton defeated senior Paris Corley and sophomore Anna Loughlan by a score of 6-4 at the No. 2.

Cubitt earned LSU’s lone point of the afternoon at the No. 6, where she defeated Elise Mills in dominant fashion, 6-0, 6-2. The Spartanburg, South Carolina native earned her sixth win of the dual season, bringing her record to 6-0 on the season.

South Carolina grabbed its first singles point of the afternoon after No. 25 Davies defeated No. 71 in straight sets, 6-3, 6-1.

The final point of the afternoon was earned at the No. 4, where Chinellato defeated Geissler 6-4, 6-3 to clinch the match for South Carolina.

No. 25 LSU will return to the LSU Tennis Complex to host two SEC matches this upcoming weekend. First, the Tigers host Ole Miss at 5 p.m. CT on Friday, March 13 before finishing the weekend with a match against Mississippi State at noon CT on Sunday, March 15.