Seniors Add Another Chapter to an Unforgettable Story 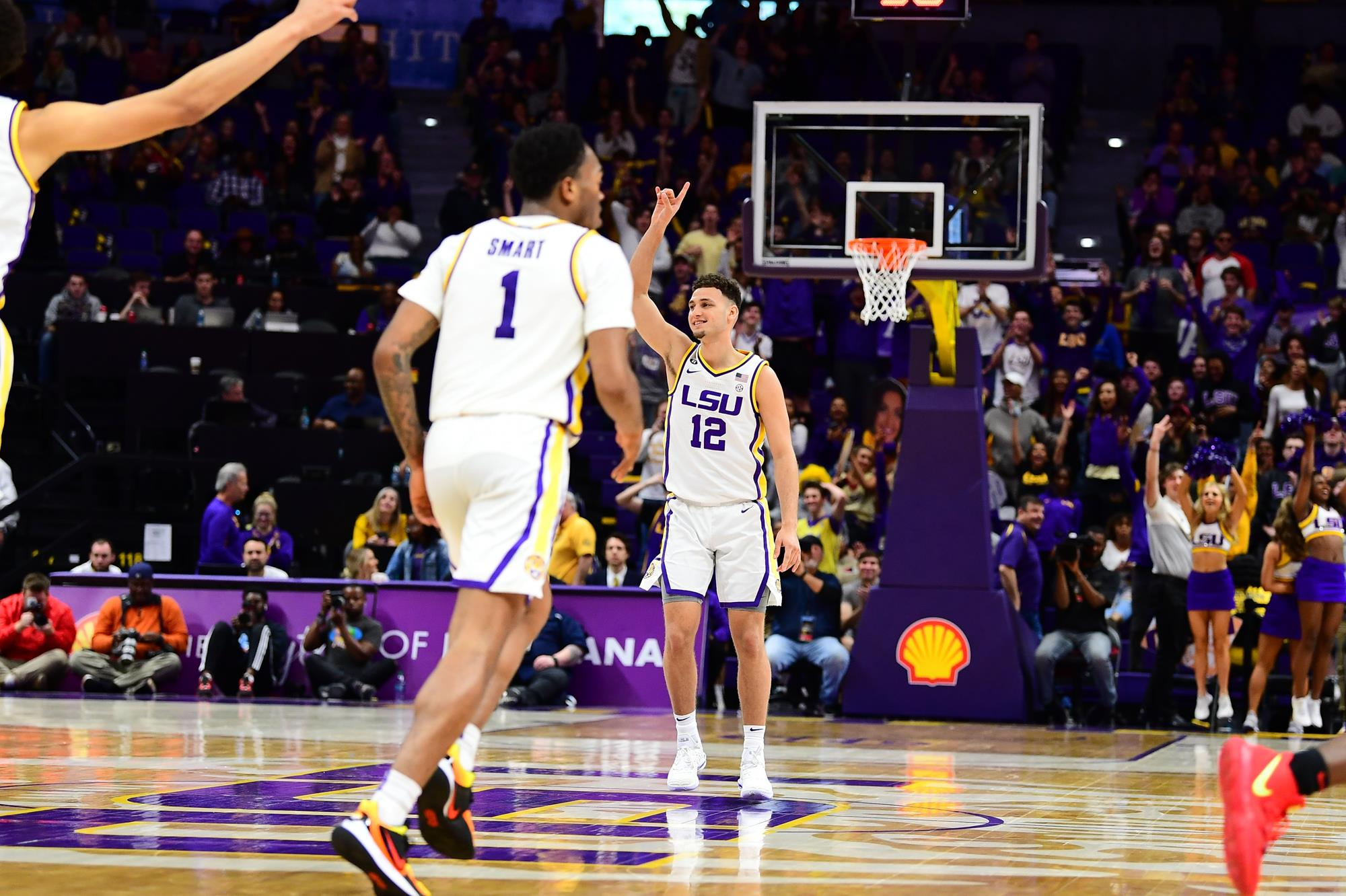 The shot went in. Of course it did. It had to.

The final shot attempt in the Pete Maravich Assembly Center for senior guard Marshall Graves found the bottom of the net with 44 seconds to play in LSU’s 94-64 win over Georgia Saturday.

Marshall Graves just made that 3 with 44 seconds left.

He has played the last season and a half with Wayde Sims’ scholarship.

Saturday was supposed to be Senior Day for all three. And from the moment Sims’ parents, Wayne and Fay, held his jersey in the pregame tribute, to the second Graves’ shot fell through, it was.

“Man, that’s perfect,” said Skylar Mays, who hadn’t yet realized that had happened. “You can’t end it on a better story.”

“Wow, that’s awesome. I didn’t know that,” added head coach Will Wade. “To see Fay and Wayne out there, it was pretty cool to honor [Wayde]. We’ve been honoring him all year.”

Everything about the day seemed to symbolize something greater than any one player or game.

For these seniors, it didn’t feel like long ago when they finished their freshman season with an overall record of 10-21 at the bottom of the conference. Now, with their final game at the Maravich Center in the rear view, they end the year 21-10, flipping that win total and coming full circle.

No Hollywood writer could have scripted something like this.

Clearly, there was no shortage of emotion on Saturday inside the PMAC, as LSU honored Mays, Marlon Taylor, Graves and Sims as members of the 2020 senior class prior to tip. It’s a class that’s overcome immense adversity but also achieved in great measure.

When Sims’ name was called, Coach Wade put all of his weight on Wayde’s mother, Fay, when he hugged her. No matter where you were sitting in the arena, you could feel that hug.

Fay looked up at the video board, the tears began to trickle down, and the crowd rose to their feet with 44’s in the air.

Then came Mays out of the tunnel, a four-year senior whose legacy will remain with this program far after he’s gone. The Baton Rouge native took his framed jersey off the stand and lifted it to the sky with a smile, surrounded by nine family members.

Mays even sported customized shoes to honor his childhood best friend. On the shoes were Sims’ face and his jerseys from University High School and LSU, reading “Forever 44” and “225” representing the Baton Rouge area code.

Needless to say, it was an emotional start, but the Tigers put it all behind them quick and feasted on Georgia to finish the regular season with a victory. With today’s win, LSU heads into next week’s SEC Tournament with a double-bye and the No. 3 seed.

In their final home game, it was only fitting that Taylor and Mays led the team in scoring.

Taylor posted a career-high 30 points, 7 rebounds and 3 monster dunks, while Mays recorded 19 points and 6 boards. From the minute the ball was tipped, they both played the game like it was their last, because in that gym, it was.

“I used to score thirty [points] a lot,” Taylor said. “Today I was just trying to get the win. I was trying to give the team everything I could. I had a good feeling early on.”

“It was a special day,” added Taylor. “It was my last game at the PMAC, so I had to go out with a bang.”

As LSU heads into postseason play, they will look to lean on their momentum on the floor and their sixth man from above.

“We definitely have some momentum going into the SEC tournament, and we are looking to do big things in Nashville,” Mays said.

Whatever they do – in Nashville, the NCAA Tournament, and into life after LSU Basketball – Wayde will be with them.

Of course he will. He has to. He always has.