Series Finale Set for 2 p.m. CT Sunday at The Box 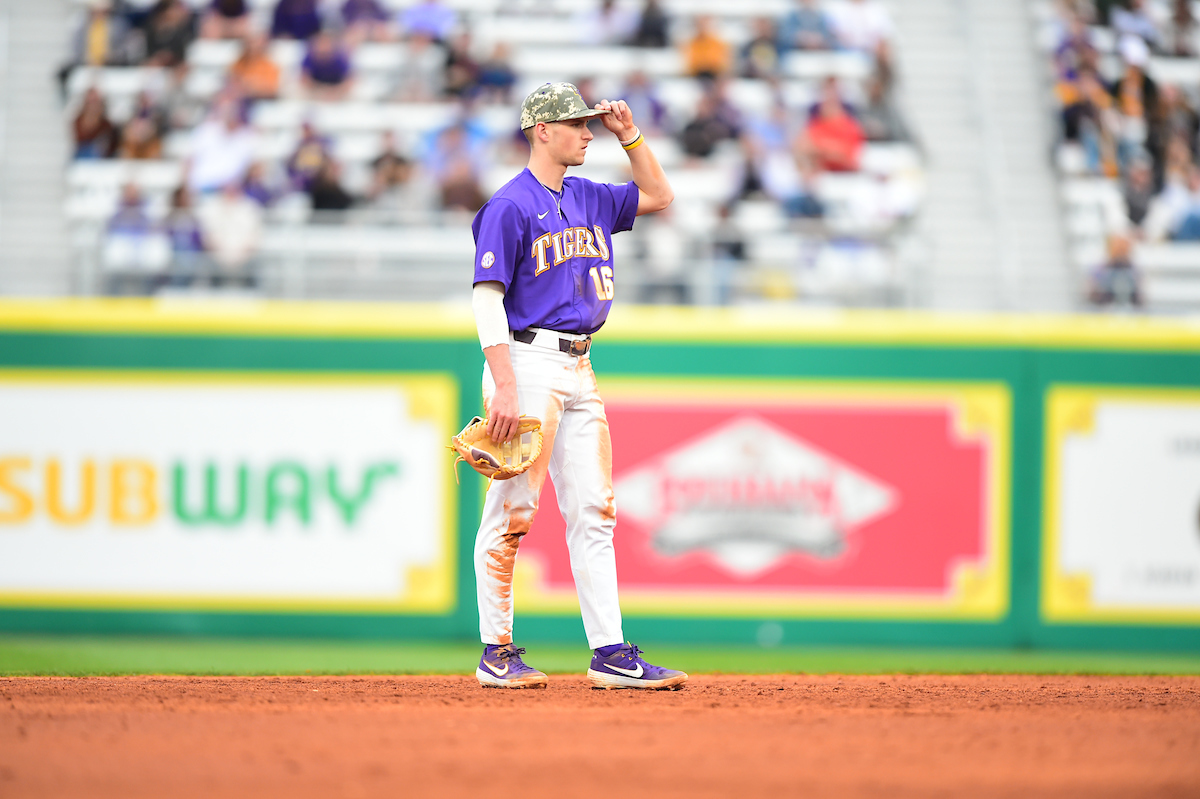 The Tigers will be looking for the sweep on Sunday in the final game of the series. First pitch is set for 2 p.m. CT. The game will be broadcast on SEC Network Plus, and  fans can listen on the LSU Sports Radio Network, including 98.1 FM in Baton Rouge, or online at LSUsports.net/live.

Shortstop Collier Cranford led the Tigers at the plate as he went 3-4 in the game with three runs and two RBI. Centerfielder Giovanni DiGiacomo was 2-4 at the plate with a run and two RBI. Rightfielder Daniel Cabrera was 2-3 on the day with a run, three RBI and two walks.

Sophomore right-hander Jaden Hill came out of the bullpen and worked four perfect innings – including three strikeouts – to earn his second save of the season.

“Our team is a work in progress,” said LSU coach Paul Mainieri. “As each day passes, it’s a learning experience for our players. It’s nice to win games while you’re learning along the way. Once again today, we had a lot of good at-bats and stuck with our approach at the plate. It was a good, solid performance overall.”

The Tigers used a two-out rally in the bottom of a first inning to score the first run of the game. Cabrera and first baseman Cade Beloso reached on back-to-back walks. Designated hitter Mitchell Sanford then came to the plate and lined a single up the middle that brought Cabrera home to give LSU a 1-0 lead.

DiGiacomo hit a leadoff single in the second and moved to second base on a ground out by leftfielder Drew Bianco. DiGiacomo stole third and scored on a single to right by Cranford. Cranford moved to second after third baseman Zack Mathis grounded out. With Cranford at second, Cabrera lined a two-out RBI single to right that brought Cranford home and extended the LSU advantage to 3-0.

UMass Lowell tacked on runs in both the third and fourth innings to cut into the LSU lead. Rightfielder Vinnie Martin lined a two-out double down the first base line in the third inning that scored shortstop Keagan Calero after he reached on a two-out single.

UML centerfielder Gerry Siracusa scored in the fourth for the River Hawks on a sac fly to right by second baseman Jonny Gilbride. Siracusa hit a leadoff double to start the fourth and moved to third on a wild pitch before scoring to reduce the LSU lead to 3-2.

The Tigers responded in the bottom of the fourth with two runs. Cranford reached on a one-out base hit and Doughty was hit by a pitch. Cranford moved to third and Doughty moved to second on a wild pitch before Cabrera hit a two-out single to right that plated Cranford and Doughty, extending the LSU lead to 5-2.

The Tigers scored five runs on three hits and three errors in the fifth inning. The inning started as Beloso hit a leadoff double to left center. Sanford reached on an error by the pitcher that moved Beloso over to third. Milazzo then walked and DiGiacomo dropped an opposite-field single in shallow left that scored Beloso and Sanford.

With Milazzo and DiGiacomo on base, Bianco reached on a fielding error that moved DiGiacomo to second and scored Milazzo. Cranford then reached on another fielder’s choice where DiGiacomo was thrown out at home. Doughty followed with a single to center that scored Bianco and moved Cranford over to second.

Cranford and Doughty moved to second and third with two outs on a wild pitch as Cabrera drew a walk. Cranford scored on a wild pitch to give the Tigers a 10-2 advantage.