No. 25 Tigers Down Gators 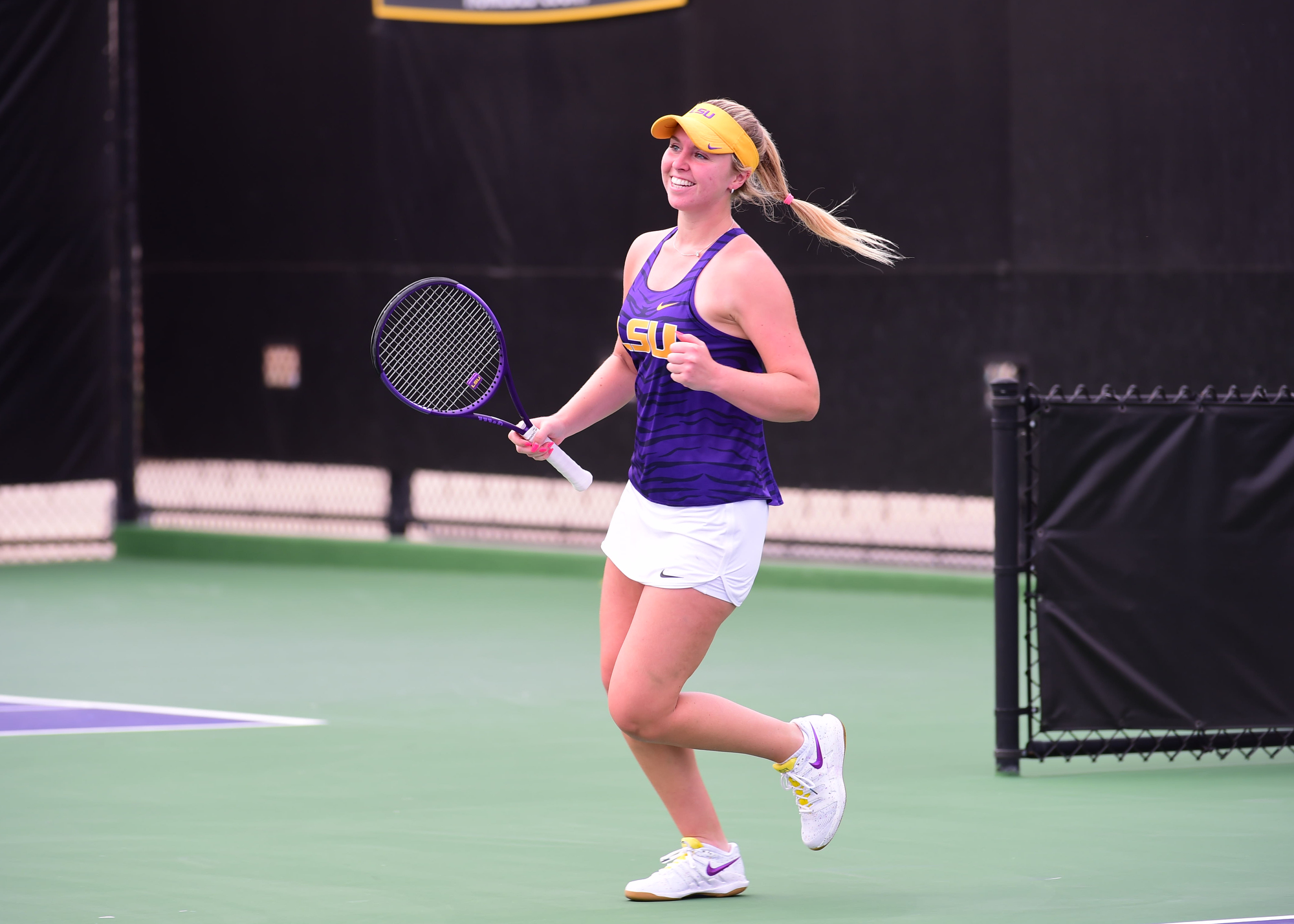 Gainesville, Fla. – The LSU women’s tennis team earned its tenth win of the dual season when they defeated the Florida Gators by a score of 4-2 on Friday, March 6, at the Alfred A. Ring Tennis Complex.

The win is the second win over Florida in program history, and first since 2009. With the win, LSU moves to 10-2 in the dual season and 3-0 in the SEC.

“These girls deserve all the credit for all the hard work put in,” co-head coach Michael Sell said. “The belief they have in each other, and the way they handled every situation like champions. We started off with a solid doubles point and the way Eden, Nina, and Taylor played in singles was relentless and inspiring. This was a complete team effort with full energy.”

“It’s very satisfying to win in a place that the program has not won before. We will enjoy the win tonight and start our South Carolina preparations tomorrow.”

The freshman duo of Maggie Cubitt and Safiya Carrington were first off the doubles court, after they earned a 6-3 win at the No. 3 doubles over Sydney Berlin and Victoria Emma.

The Gators responded with a win at the No. 2, where the duo of Tsveta Dimitrova and Ida Jarlskog narrowly defeated senior Paris Corley and sophomore Anna Loughlan by a score of 7-5.

Richardson gave LSU a 2-0 and earned her tenth win of the dual season at the No. 3 singles, knocking off a previously undefeated Victoria Emma in straight sets, 6-2, 6-2.

Florida earned its first point of the night after Ida Jarlskog defeated No. 71 Safiya Carrington 6-4, 6-4, at the No. 2.

Geissler earned her fourth consecutive win and gave LSU a 3-1 lead on the night after a strong 6-4, 6-0, straight set win at the No. 4 over Zein.

The Tigers clinched the match at the No. 1, where No. 36-ranked junior Taylor Bridges earned her third ranked win of the season after she defeated No. 54 McCartney Kessler in straight sets, 6-4, 6-2.