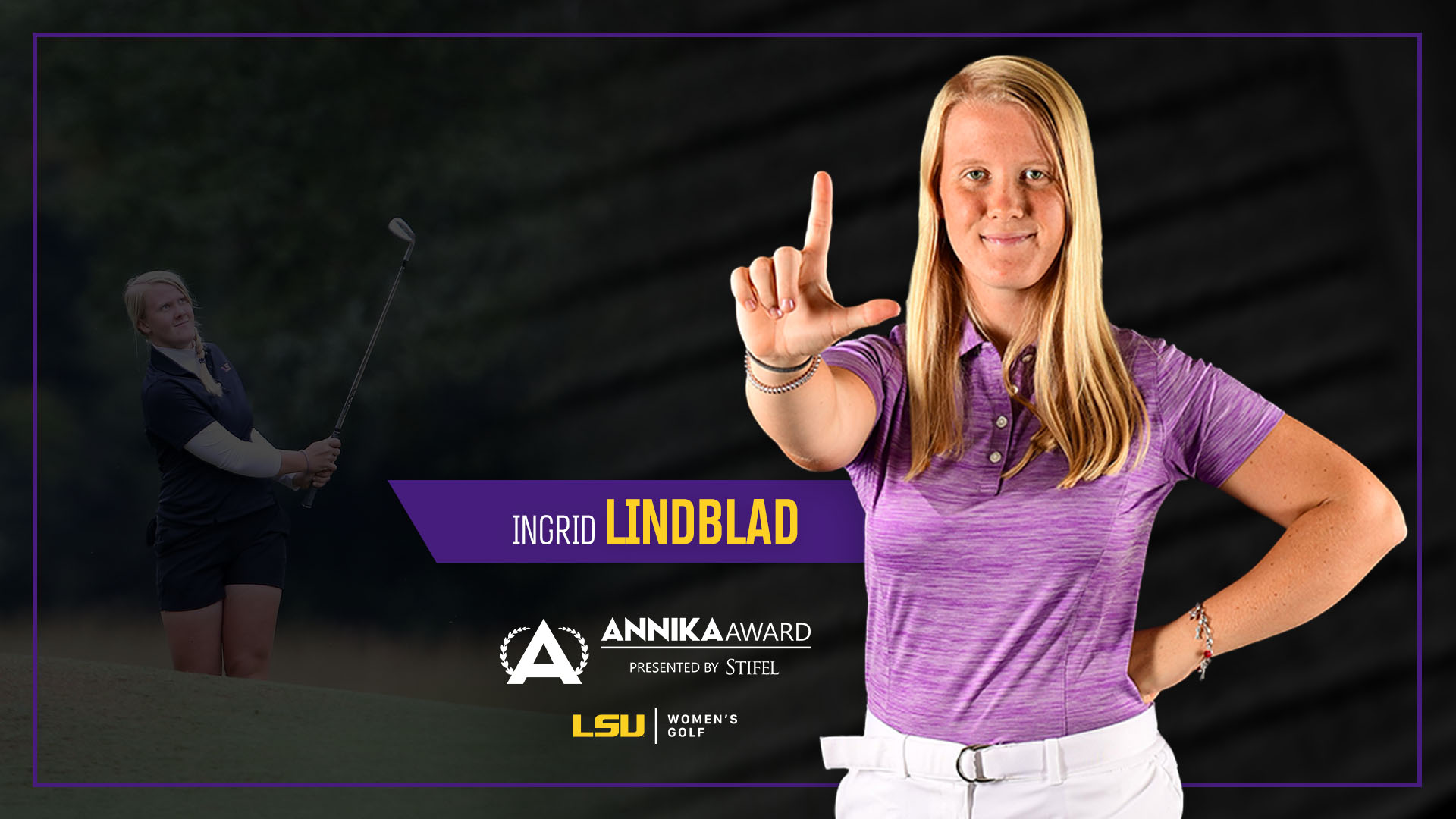 BATON ROUGE — LSU freshmen Ingrid Lindblad has been added to Golfweek’s ANNIKA Award Watch List as announced this morning on the Golf Channel.

Lindblad is one of 15 players on the first Spring ANNIKA Award Watch List of the season. The ANNIKA Award presented by Stifel is given annually to the top female collegiate golfer. The winner is voted on by players, coaches and members of the golf media.

Lindblad is the second LSU Tiger to be named to the Watch List in the seven seasons of the award program. Alumna Madelene Sagstrom was a finalist for the award in 2015.

“It seems like every week Ingrid is receiving some kind of great news or amazing accolade,” said LSU head coach Garrett Runion. “Recently it has been the invitations to Augusta and the Palmer Cup, SEC Player of the Week, a new WAGR or Golfstat ranking, so it was no surprise that she has made the watch list for the ANNIKA Award.

“Ingrid has been incredible in her first six collegiate events. With 14 of her 18 rounds at par or better and five Top-5 finishes, she is one of the most consistent golfers I have ever seen. Her work ethic is top notch and, if this trend continues, I would expect her chances of winning this prestigious award at the end of the season to be very strong.”

Earlier this week, Lindblad was named to the 2020 Arnold Palmer Cup International Team. The rookie from Halmstad, Sweden is the first LSU women’s player to be chosen to compete on a Palmer Cup team.

Lindblad was one of three Palmer Cup committee selections announced on Wednesday evening during the Arnold Palmer Invitational presented by Mastercard. She has also accepted an invitation to compete in the second annual Augusta National Women’s Amateur, April 1-4, 2020, and currently ranks No. 1 in the Golfstat NCAA Division I player ranking.

Lindblad has won two tournaments this season, including last weekend’s Florida State Match-Up. She picked up her first collegiate win in the Fall at the Magnolia Invitational. She has five Top-5 finishes over the six tournaments she has played this season for the Tigers.

Lindblad shot a career single-round low of 6-under 66 to start the Spring season in the first round of the IJGA Collegiate Invitational on February 16, 2020. In 18 rounds played so far this season, she has hit even or under par in 14 rounds. Her current stroke average of 69.72 is on track to set an LSU single season record.