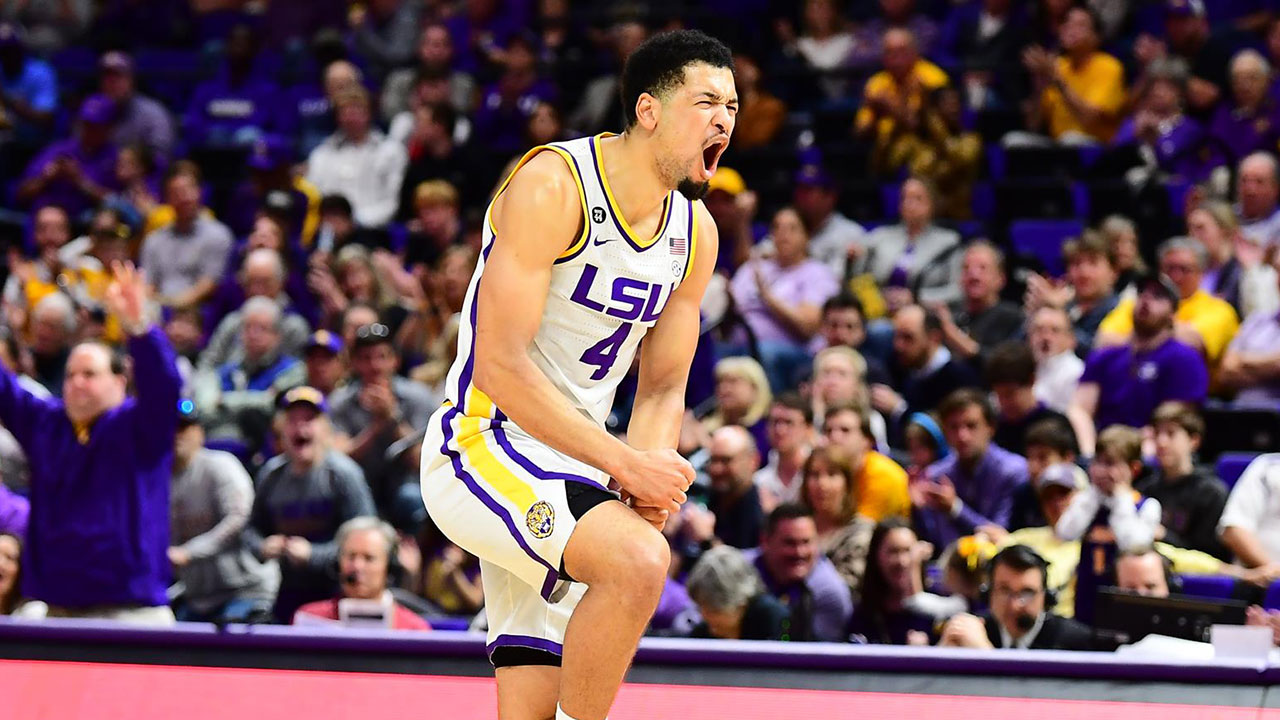 Will Wade didn’t mince words back in October: he’s going to cry when Skylar Mays leaves.

Frankly, at that time, he didn’t even want to think about it.

But, on Saturday, the day he’s dreaded for so long will fearfully arrive, as the four-year senior from Baton Rouge prepares for his final game inside the Maravich Center.

For Wade, Mays has been a pleasure to coach and will always be special to him.

“I don’t know if I’ll ever coach anybody like him again,” Wade said of Mays prior to the season. “But I’m going to try to not focus on that and enjoy being able to coach him here for one more year and enjoy what he does for us.”

The foundation that Mays, and the two other seniors, have built throughout their careers has been nothing short of remarkable. When this season ultimately comes to an end, they will have left the program exceedingly better than they found it, but that doesn’t even begin to do it justice.

When Mays and University High School teammate Marshall Graves first stepped on campus as wide-eyed freshman, they became no stranger to adversity. Finishing the 2016-2017 season with an overall record of 10-21, with just two conference wins, the head coach was fired in what seemed like rock bottom.

“We started at a low point my freshman year,” Mays said. “We’ve gotten better as the years have gone on. Being a part of progress is always a great thing, and I’m proud to be a part of the jump-start to this thing, and I see this program making huge strides long after I’m gone here.”

“The best part is that I don’t have any regrets,” Mays added looking back on his career at LSU. “I came to work everyday. I know I’ve approached the game the right way. It’s brought a lot of great moments, a lot of great experiences, and things that I’ll never forget.”

Winning three consecutive state championships, Graves earned a spot on LSU’s roster as a walk-on in the summer of 2016. The Ponchatoula native totaled just four points his freshman season, averaging 3.2 minutes per game in a limited role. However, he was widely known to light it up in almost every practice as a member of the scout team.

“You know, I just trust Marshall,” Wade says. “He isn’t going to do anything that’s going to wow you, but he’s not going to make any mistakes that are going to wow you either. He’s just very, very solid. When you’re in a tight situation in an important game that you need to win, we’re going to go with Marshall.”

Appearing in 11 games, averaging 2.5 points and 7.8 minutes per game in 2018, Graves was finally given a full-time scholarship last December minutes after LSU defeated No. 24 Furman.

It was a surreal and rewarding moment, but it wasn’t how Graves wanted it to happen.

Graves was awarded the scholarship of former University High and LSU teammate Wayde Sims, who was tragically killed the day before the Tigers’ first preseason practice in late September 2018.

“It was bitter-sweet because I knew my brother was gone,” Graves said on earning his scholarship. “It was something Coach Wade told me I earned, but it was a surreal experience. It meant a lot to my family, and it meant a lot to my community in Ponchatoula.”

For Mays, Sims’ passing was especially devastating. The two were childhood best friends excited to jump-start the next chapter of their lives together. Their lockers stood side-by-side, and still do today.

“Just cherish the relationships that you have because you never know,” Mays said. “None of us ever thought he would be gone this soon. Try to smile and spread love because that’s what Wayde always did.”

The team is constantly looking for new ways to honor their beloved teammate. Whether it’s through a jersey patch, the SEC Legend award, wristbands or lapel pins, there really can never be enough. In Mays’ case, every time his name gets called during starting lineups, he raises the No. 44 to the sky with his hands.

As their latest tribute, Sims is set to be honored as a member of the senior class on Saturday. He will be represented by his parents, Fay and Wayne, adding to what is expected to be an emotional day at the PMAC.

“It will be emotional and tough,” Wade said. “We’re going to honor [Wayde] in what would be his senior day. It’s a tough deal, you never want to do that with one of your players.”

Needless to say, the seniors recognized tomorrow will have beared hardships, but they also transformed a program once at the bottom of the conference into a legitimate contender two years later. With the addition of Marlon Taylor, and the spirit of Wayde Sims, the Tigers turned two wins in conference into 16, culminated by the SEC regular-season title in 2018.

They didn’t rebuild. They expedited the commitment to winning quicker than most would.

Transferring from Panola College, Taylor himself has provided the Tigers a refreshing boost of energy and rare athleticism in his two-year stint in Baton Rouge. Defensively, he’s been a matchup nightmare. Put Marlon on their best player and he’s primed to have a quiet night.

For Mays in particular, he might be the most improved player in program history. According to assistant coach Greg Heiar, he’s a walking example for all young kids about what it takes to be the best at something you love.

“He bought into getting better and put in the work from Day 1,” Heiar said of Mays. “He believes in himself, trusts his teammates and his coaches, and because of that he has helped change the winning culture here at LSU and will go down as an all-time LSU basketball player.”

From the beginning, Mays was one of those players that ‘gets it,’ Heiar says, and has improved everyday because of his daily approach and consistent delivery on and off the court. He’s done it through countless hours in the gym, individual film sessions studying other players’ fundamentals, reads and techniques on both end of the floor, along with a devotion to strength and conditioning to get in pro shape with a pro mindset.

“The two things that really stand out to me about Sky is his hard work and dedication to be the best version of himself,” Heiar added. “This is only the beginning for Skylar Mays as a basketball player. Our relationship and bond, as you can tell, is just different.”

But the points aren’t what make Mays’ career at LSU unique. He’s competed at the highest level while balancing one of the toughest workloads of any athlete in the SEC. He’s an All-American on the floor, but also in the classroom.

“It’s difficult, but it’s a matter of want-to,” Mays said on managing his time. “It’s a matter of staying disciplined, and I think I’ve done a pretty good job of that.”

A two-time SEC Academic Honor Roll recipient, Mays wants to chase his dreams of playing professional basketball as long as he can, but becoming a doctor and putting his medical degree to use is something that excites him as well. He’s always been interested in science, but the opportunity to help others and save lives is what attracts him the most about the profession.

“Everything that he gets, he deserves,” Wade said of Mays. “You guys have no idea how hard of a worker he is. He’s the best. You never bet against consistent behavior in anything that you do in life, and he’s one of the most consistent human beings I’ve ever been around.”

From the day Mays arrived, he’s been both a gym and library rat. Everyone dreams of playing in the NBA, but if they want to do that, Wade advises his players to follow Mays around for a day to observe his daily regimen. Like the future doctor he is, the way he attacks his day is surgical.

Will Wade on Skylar Mays: “Everything he gets, he deserves.”

Wade tells his young players that if they want to get to the NBA, they should follow Skylar around for a day to learn how to work. pic.twitter.com/jc70IfsikK

“When we’re on the road, he comes back to the business center and he looks like a mad scientist with papers all over the desk,” Wade said of Mays. “We may get back at 1-2 in the morning and he won’t go to sleep through the night just cramming for the test. Then he’ll get up and do well. Not many of us would be doing that.”

As LSU prepares for meaningful games in March, this senior class will be a big reason why.

From a once walk-on in Graves, to a key transfer in Taylor, to a stabilizing force in Mays, these three seniors will be in part to credit for the consistent winner LSU basketball is becoming. And Sims’ legacy will stay with the program forever.