No. 25 Tigers Travel to Florida and South Carolina 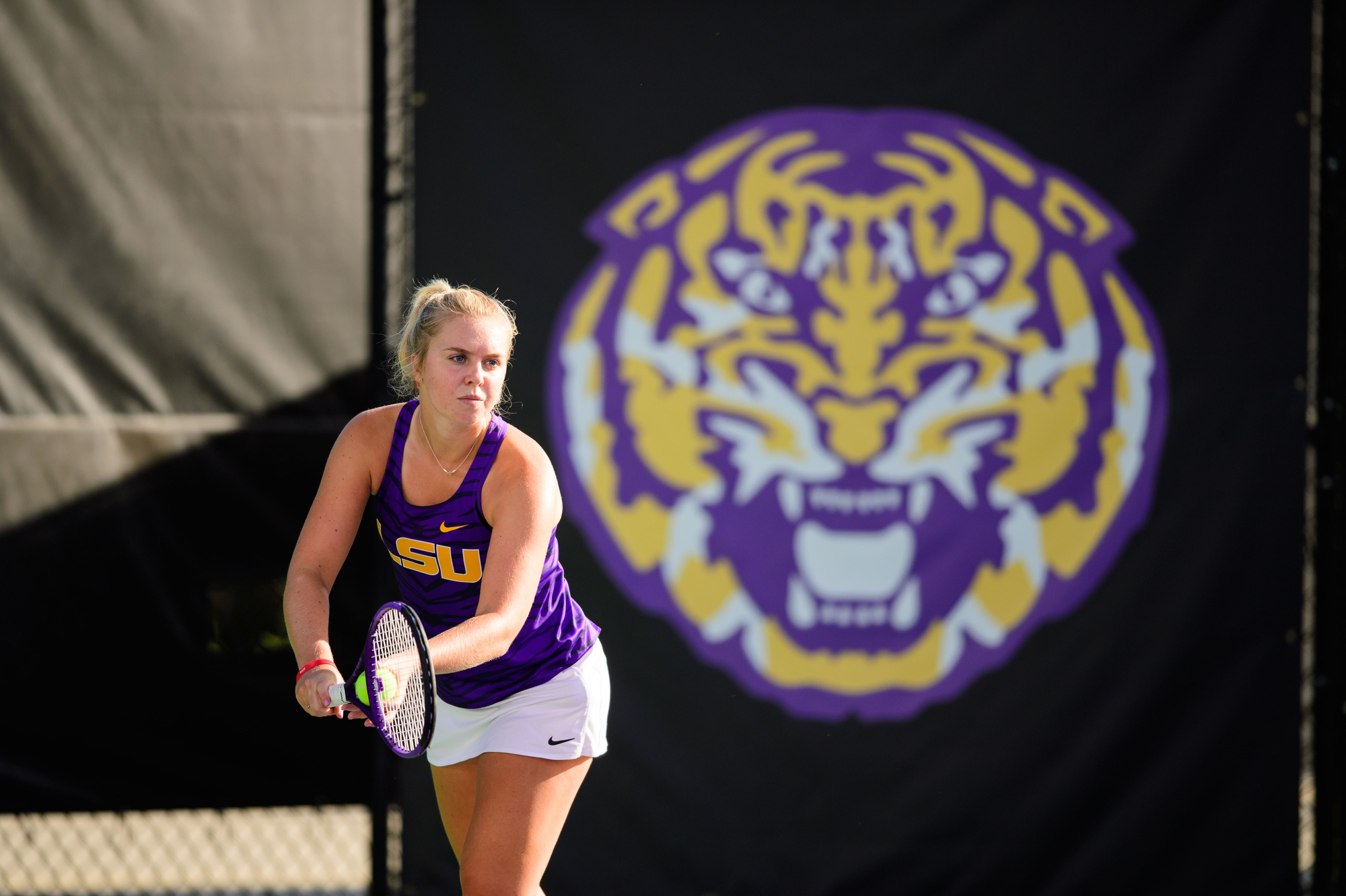 Gainesville, Fla. – The No. 25 LSU women’s tennis team will hit the road for two SEC matches on the weekend. The Tigers begin their weekend in Gainesville, Florida where they’ll take on the Florida Gators at 4 p.m. CT on Friday, March 6 at the Alfred A. Ring Tennis Complex before traveling to Columbia, South Carolina to face No. 22 South Carolina at the Carolina Tennis Center at 10 a.m. CT on Sunday, March 8.

“Another weekend on the road in the SEC means another unique challenge,” co-head coach Michael Sell said. “This team is united and full of tough competitors. We are off to a good state but still feel that our best tennis is in front of us. We’re ready to impose ourselves every time we step on the court.”

LSU is 9-2 overall in the 2020 dual season. Last weekend, the Tigers earned their first Top 25 win of the season after defeating No. 20 Vanderbilt by a score of 4-3 on Friday at the Currey Tennis Center in Nashville before concluding the weekend with a strong 4-0 sweep over Missouri on Sunday at the LSU Tennis Complex.

As a team, the Tigers were placed into the Top 25 of two polls this week. In the USTA College Tennis Rankings, LSU made its debut by checking in at No. 24, while the Tigers moved up eleven spots to check in at No. 25 in the Oracle/ITA Team Rankings.

In doubles, the duo of junior Eden Richardson and freshman Nina Geissler made their debut in the Oracle/ITA Doubles Rankings this week when they checked in at No. 26. Richardson and Geissler are 7-2 in the dual season playing at the No. 1 doubles spot, which is a team-high in doubles wins.

In singles, junior Taylor Bridges is ranked No. 36 in the Oracle/ITA Singles Rankings. Bridges is off to a 6-2 start in the dual season, and is 15-5 overall. Freshman Safiya Carrington is the other Tiger in the singles rankings, moving up four spots to No. 71. Carrington is also 6-2 in the dual season, and shares the same 15-5 overall record as Bridges.

Notes on the Gators

Florida is 5-2 overall and 2-0 in SEC play this season and ranked No. 36 in the Oracle/ITA Team Rankings. Last weekend, the Gators opened SEC play on the road, earning a 4-2 win at Alabama before finishing the weekend with a 4-3 at Auburn.

In singles, Florida features three players ranked in the Oracle/ITA Singles Rankings. McCartney Kessler is ranked No. 54 and has accumulated a 4-2 record playing at the No. 1 singles spot for the Gators. No. 67 Layne Sleeth and No. 111 Victoria Emma are other two Gators in the rankings. In doubles, Kessler and partner Marlee Zein are ranked No. 58 after a perfect 3-0 start to the dual season.

Notes on the Gamecocks

South Carolina is 6-4 and 2-0 in SEC play this season, warranting a place at No. 22 in the Oracle/ITA Team Rankings. Last weekend, the Gamecocks opened SEC play on the road with a 4-2 win over Auburn on Friday before finishing the weekend with a 4-0 sweep over Alabama on Sunday.

The Gamecocks feature three players in the singles rankings. Megan Davies is ranked No. 25 after a strong 6-3 start to the dual season, followed by Mia Horvitt at No. 39 after accumulating a 3-3 record so far this season. Emma Shelton is the final ranked player, checking in at No. 92. Shelton is a perfect 10-0 to start the dual season, splitting time between the No. 3 and No. 4 singles spot.