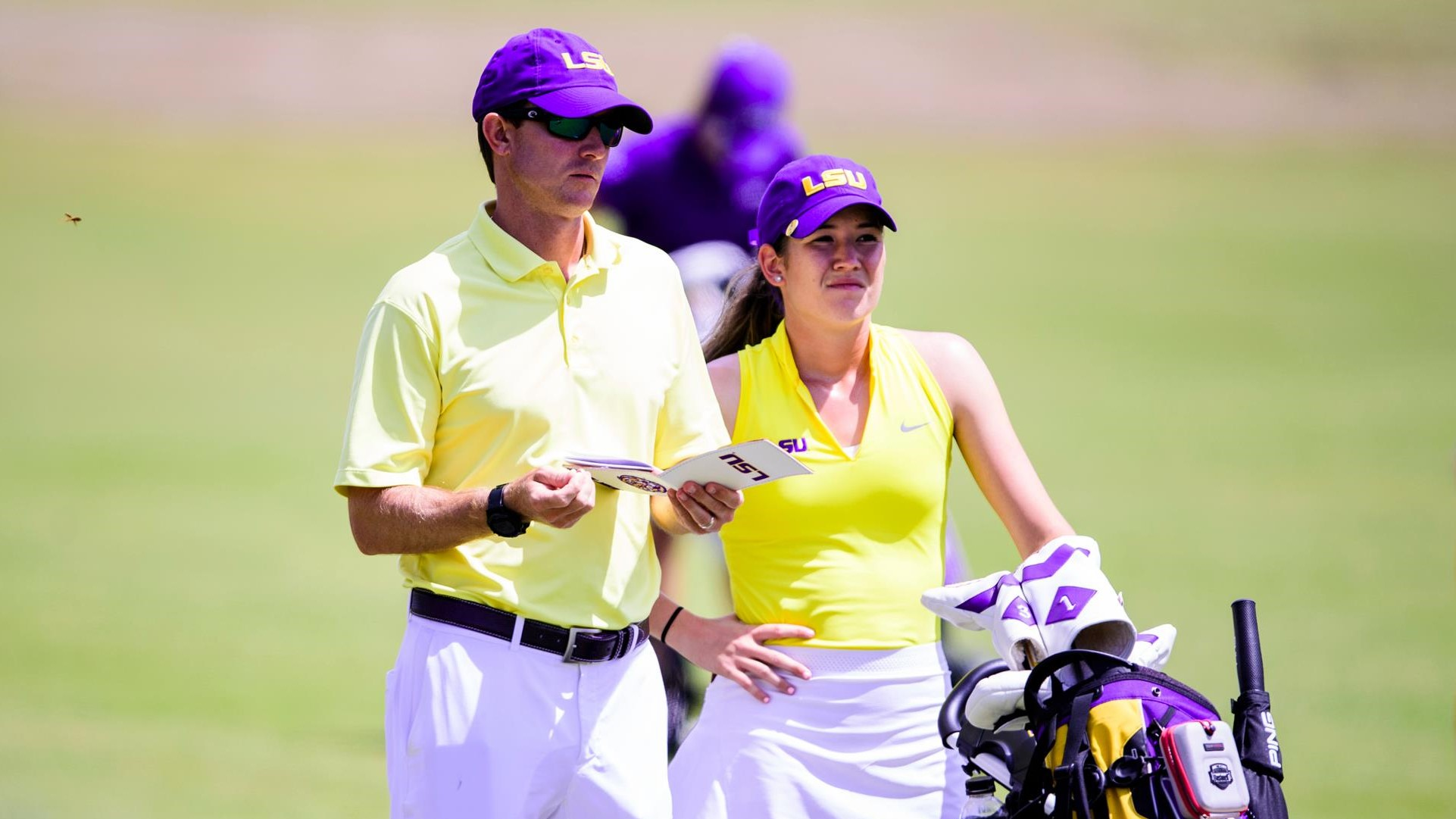 BATON ROUGE – The No. 12 LSU women’s golf team will be tested this week after a quick turnaround from its win at the Florida State Match-Up to face one of the strongest tournament fields of the season at the Darius Rucker Intercollegiate in Hilton Head Island, South Carolina. Competition begins on Friday, March 6 at 7:30 a.m. CT and continues through Sunday, March 8.

“We are looking forward to one of our favorite events of the year and carrying over our momentum from our win just a couple of days ago,” said LSU head coach Garrett Runion. “Weather is going to play a big factor this week as we’ve already had some interruptions with our travel, so we may not get a full practice round in on Thursday.”

The Tigers jumped up one spot in the Golfstat national rankings this week to No. 12 following the victory at the Florida State Match-Up. It was LSU’s third team win of the season and give the squad Top-3 finishes in all six tournaments played this season. LSU picked up wins at the Princess Anne Invitational and the Magnolia Invitational during the Fall season.

The Tigers have dropped their team scoring average over 10 strokes since last season and are sitting at 287.00 heading into this week’s tournament. Freshmen Ingrid Lindblad (69.72) and Latanna Stone (72.33) are on pace to have a pair of the best single-season performances in LSU history.

Lindblad is currently ranked No. 1 in the nation in the Golfstat player rankings and No. 3 in the world in the latest WAGR’s ranking. On Wednesday night the rookie from Halmstad, Sweden was announced as a Committee Selection for the Arnold Palmer Cup International Team with competition slated for July 3-5, 2020 in Ireland. She has also accepted an invitation to compete in the Augusta National Women’s Amateur on April 1-4, 2020.

LSU is currently ranked No. 12 in the nation by Golfstat, moving up the rankings one spot following the Florida State Match-Up. Junior Kendall Griffin, sophomores Presley Baggett and Alden Wallace, and rookies Ingrid Lindblad and Latanna Stone will represent LSU on the course this weekend at the Darius Rucker.

Lindblad, who added the Florida State Match-Up title to her resume, has shot par or under in 14 of her 18 rounds, including all six rounds played this Spring. She leads the team with a 69.72 stroke average. She has posted eight of the top 12 rounds of the season on the team, all at 3-under or lower. Her lowest round of the season was a 6-under 66 in the first round of the IJGA Collegiate Invitational on February 16.

Stone has a stroke average of 72.33, the second-lowest on the team, and five of her 15 rounds played are at par or under. Stone has four Top-20 finishes so far in her rookie season, including a second-place finish at Battle at the Beach.

Griffin and Wallace are the only other members of the squad to play in all six tournaments so far this season. Griffin is third on the team with a 73.56 stroke average and has seven rounds of par or under this season. She picked up her third Top-20 finish of the season at the Florida State Match-Up. This will be her third appearance in the Darius Rucker.

“Fortunately three of our players have played this course before, so (assistant coach) Alexis (Rather) and I will be able to walk with the freshmen during the First Round,” said Runion. “This is one of the strongest, if not the strongest field we will see all year. I’m looking forward to seeing where we stack up.”

In addition to its No. 12 ranking posted by Golfstat, LSU also ranks No. 13 in the latest Golfweek and No. 14 in latest WGCA poll.

The ninth annual playing of the Darius Rucker Intercollegiate will be on the Pete Dye Course at the Long Cove Club. Rounds One and Two will start at 7:30 a.m. CT on Friday and Saturday, while Round Three will begin at 7 a.m. CT on Sunday. Pairings will be announced on Thursday afternoon.