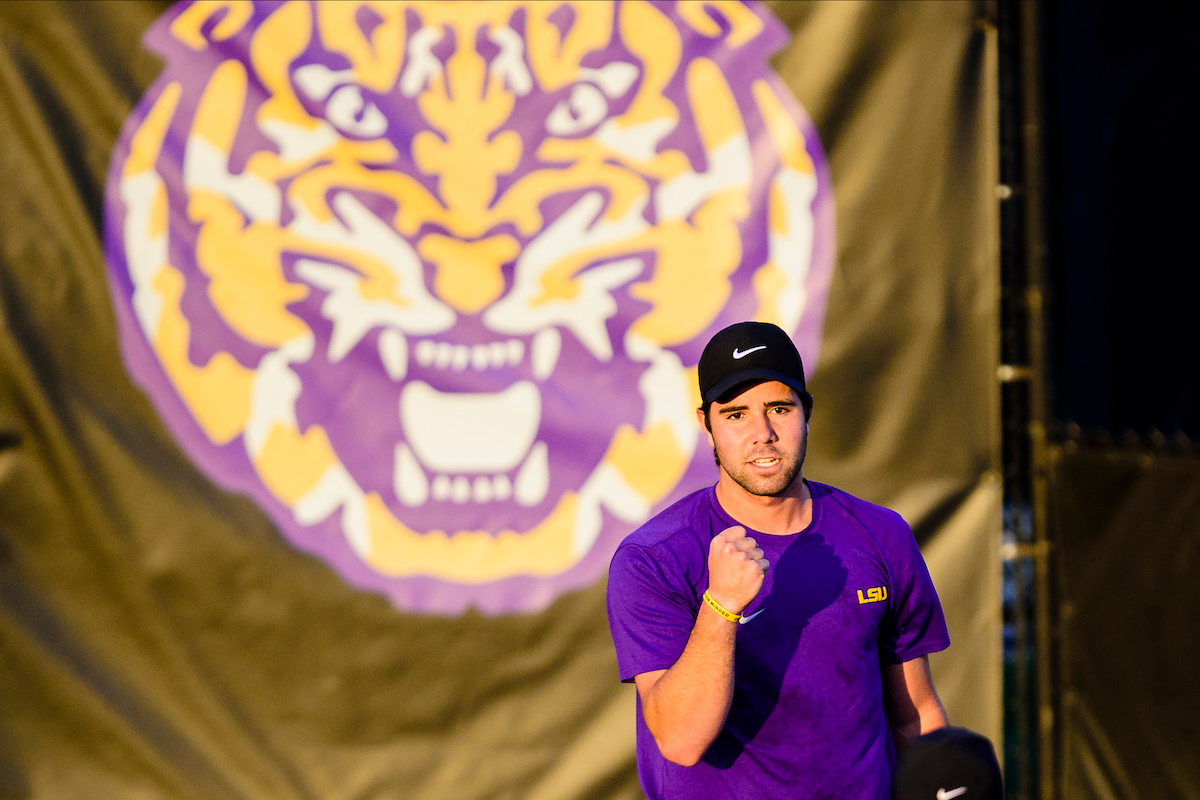 The match versus Nicholls is a makeup from February 9th.

The 9-3 Tigers split their matches last weekend on the opening weekend of SEC play. LSU defeated then No. 39 Vanderbilt, 4-3, last Friday for their first SEC win of the season. On Sunday, the Tigers traveled to Lexington, Kentucky to take on the Kentucky Wildcats. This time, LSU was on the opposite side of a 4-3 match, falling to Kentucky.

Friday’s match will be the 63rd meeting between LSU and Florida. The Gators lead the series, 33-28-1 and have won the last seven meetings. LSU and South Carolina will meet for the 41st time with LSU leading the series 29-11. Their last meeting was in the 2019 SEC tournament where the Gamecocks defeated the Tigers, 4-2. LSU is an undefeated 6-0 against Nicholls all-time, coming off a 4-0 win for LSU last season.

Tigers in The Rankings

The Tigers dropped six spots to No. 44 in the latest ITA Rankings. Sophomore Boris Kozlov moved up three spots to No. 96 after going 2-0 last weekend, pushing his record to 8-0 on the dual season. Following up on his SEC All-Freshman performance last season, Kozlov is leading LSU in wins and holding down court three.

The No. 29 Gamecocks will be a challenge for the Tigers, as they were projected to finish tied for third in the SEC. They defeated Auburn, 5-2, last Friday but fell to No. 17 Alabama, 4-3, on Sunday. Another team with talent everywhere, South Carolina has three ranked in singles and three ranked in doubles. They’re led on court one by No. 40 Paul Jubb (5-2), followed by No. 45 Raphael Lambling (8-3) and No. 46 Daniel Rodrigues (6-2). In doubles, No. 30 Lambling/Rodrigues (4-4) and No. 41 Jubb/Connor Thomson (5-1) split time leading court one. No. 80 Thomas Brown and Beau Pelletier are 1-0 on court three.