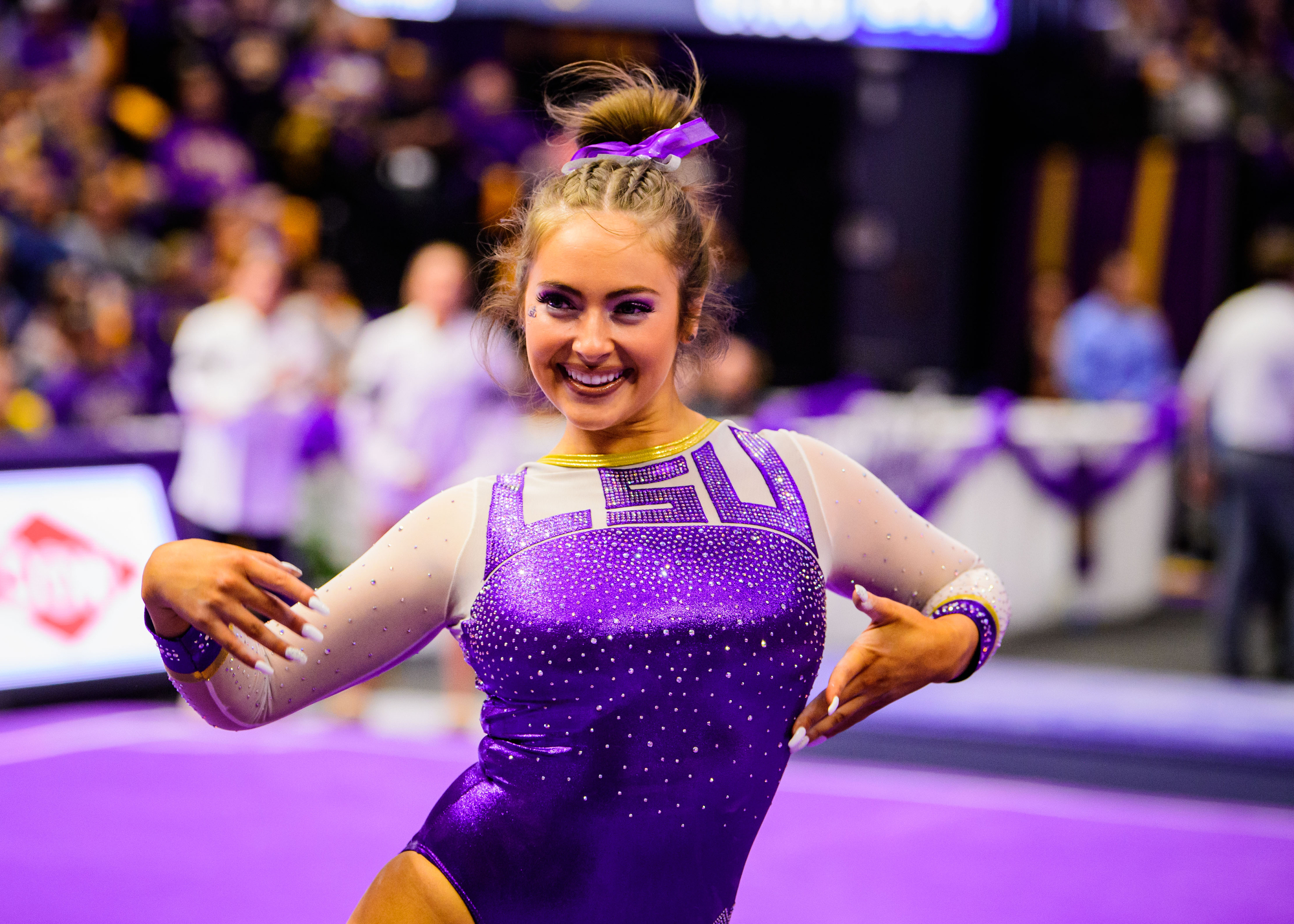 DENTON, Texas – The sixth-ranked LSU gymnastics returns to the road for its final away meet of the regular season at Texas Woman’s University at 7 p.m. CT Friday.

The Fighting Tigers, who own an NQS of 197.245, will compete to improve their standing in the national rankings against No. 17 Arkansas, TWU and Centenary. Fans are encouraged to follow the LSU gymnastics accounts on social media for updates on the meet.

“This is another opportunity to go out and put up a big road score,” D-D Breaux said. “The team has really put together strong performances since the start of February, which is really important as we get closer to postseason.”

Last Time Out
?LSU posted its fourth-straight 197-plus team score at home against No. 14 Arkansas to improve to 11-2 on the season. LSU gymnasts Ruby Harrold, Kiya Johnson and Reagan Campbell earned individual event victories against the Razorbacks, and Kennedi Edney took the all-around crown with a score of 39.550

Junior Class Providing Strong Performances
LSU’s junior class, which features Campbell, Bridget Dean, Christina Desiderio, Sami Durante, Sarah Edwards and Olivia Gunter has been a large part of LSU’s success in 2020. Although Gunter and Edwards are out with injuries, the remaining four own at least one score of 9.90 or higher this season. The class also provides 10 of 24 routines for the Tigers.

Johnson is one of Nation’s Elite Gymnasts
Although she is a freshman, Johnson has proved to be one of the top gymnast in the nation. The Dallas, Texas, native owns 23 titles already this season with seven on floor, six in the all-around, five on vault, two on beam and two on bars. Johnson owns two perfect scores this season with one on vault and beam respectively. She also owns career highs of 9.95 on bars, 9.975 on floor and 39.75 in the all-around.

Series Record Against the Field
LSU owns the all-time series over Arkansas, 37-5-1 after the win inside the PMAC last week. LSU is 14-0 against Texas Woman’s with a 5-0 record in Denton, Texas, and 30-1 all-time against Centenary. LSU last traveled to TWU in 2016 for a quad meet win over No. 16 Oregon State, New Hampshire and the host team.

Tigers in the Rankings
This week marks the second edition of NQS rankings. In the event rankings, the Tigers are second on vault, third on bars, seventh on beam and 12th on floor. Johnson ranks first on floor, third on vault and fourth in the all-around. Edney is ninth and Harrold is 15th on vault and Campbell is 12th on beam