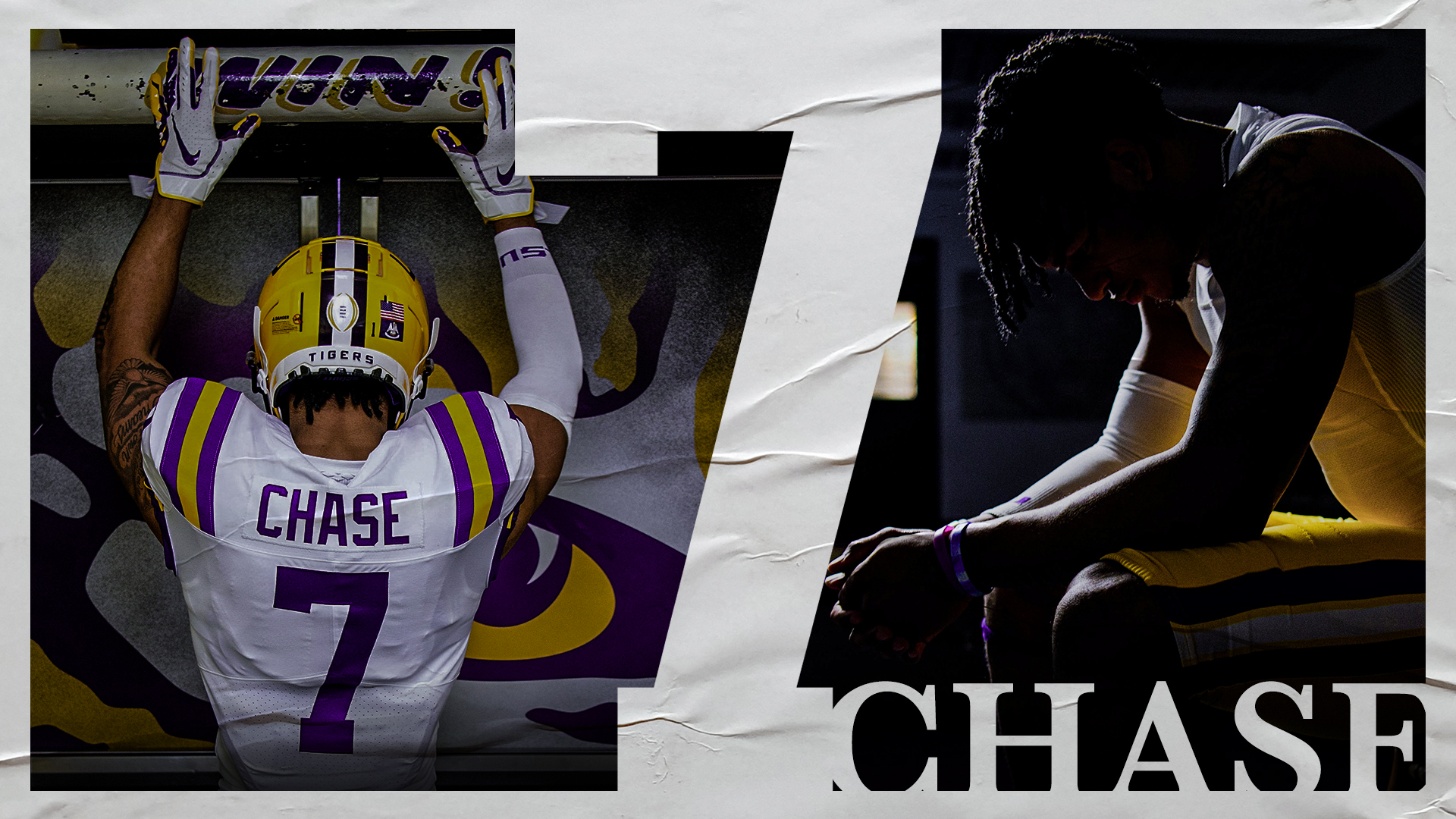 BATON ROUGE – Ja’Marr Chase, the winner of the 2019 Biletnikoff Award as the nation’s top receiver and a unanimous All-America, will wear No. 7 for the Tigers as a junior in 2020, head coach Ed Orgeron announced on Thursday.

Chase will debut his new number when the Tigers open spring drills on Saturday.

“Ja’Marr is a tremendous football player from the great state of Louisiana that represents our football program with great character and integrity,” Orgeron said. “(His parents) Jimmy and Toleah have done a great job of raising him and he has worked extremely hard on and off the field to develop as a player, while also becoming an outstanding leader for our team. He’s very deserving of having the opportunity to be the next LSU player to wear number 7. I know he will do a great job of representing that number and all of those who have worn the number 7 before him.”

Chase, who joined Josh Reed as the only Biletnikoff Award winners in school history last year, had a record-setting season in 2019 finishing with 84 receptions for 1,780 yards and 20 touchdowns. His 20 TDs and 1,780 receiving yards both set SEC records as he led the nation in both categories.

Chase capped last year with nine catches for 221 yards and two TDs in helping LSU to a 42-25 win over Clemson in the national championship game. Chase caught at least one TD pass in 11 of the 14 games in which he appeared. He also became the first player in LSU history to have three 200-yard receiving games in the same season.

“This was a tough decision for me,” Chase said. “I’ve been thinking about this for a couple of weeks. I look at No. 7 as a competitive number. I think the No. 7 at LSU is a challenge. There’s a lot of things that go on in the year when you have 7 on, a lot of critics, a lot of people, a lot of expectations from 7, and I want to have that challenge upon me.”

Chase goes into his junior season with 107 career receptions for 2,093 yards and 23 TDs. In 2019, Chase became the first sophomore in LSU history to reach 2,000 receiving yards during his first two years with the Tigers.

Expectations Will Not Change

It’s The Standard of 7?? pic.twitter.com/xu1qtFhkzR

Talking through some of the methods I used to swap the number on Ja’Marr Chase’s jersey from 1 to 7 pic.twitter.com/APmpP7wVce