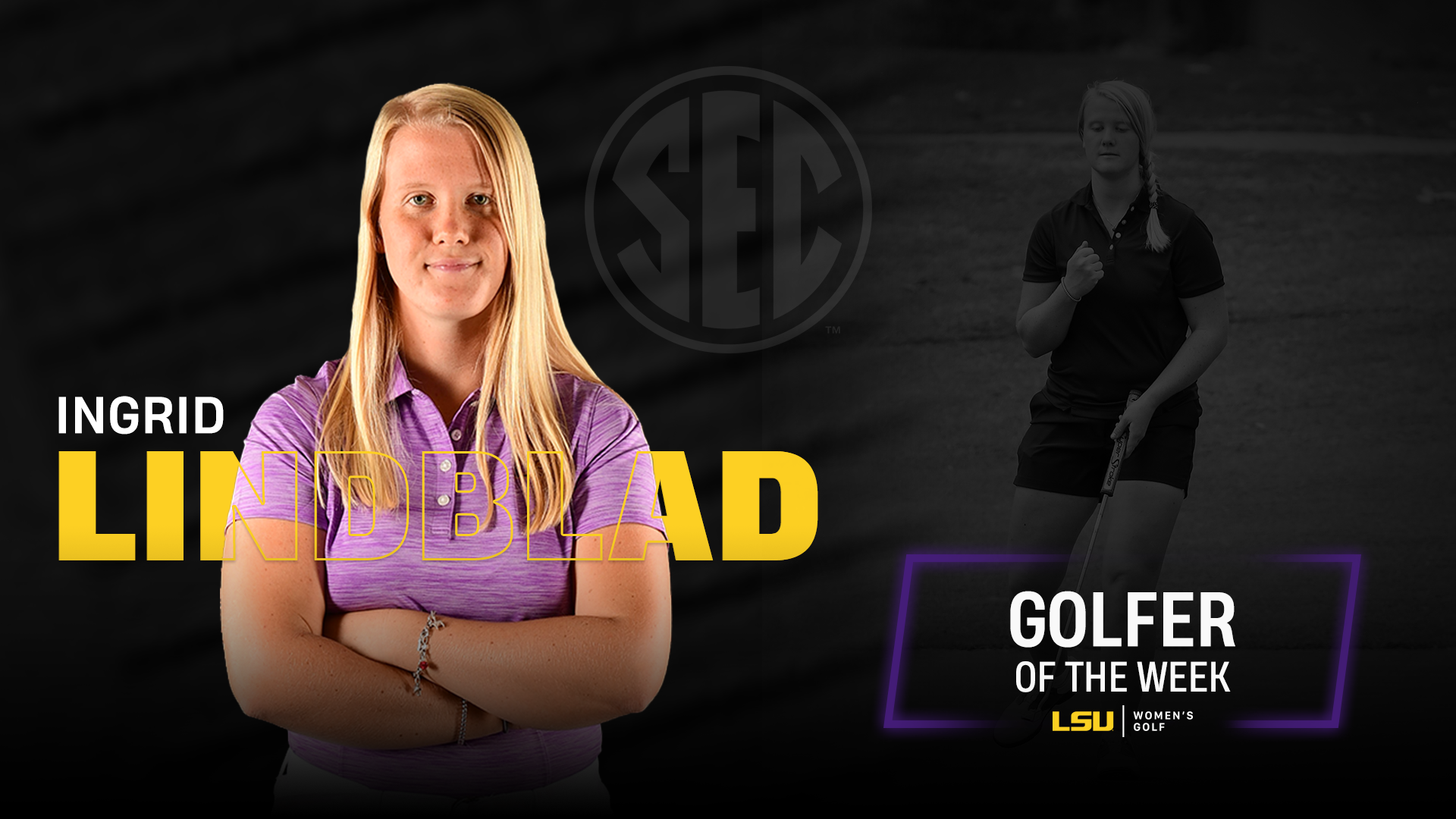 BATON ROUGE – LSU women’s golfer Ingrid Lindblad has been named the SEC Women’s Golfer of the Week for play ending on March 3. It is the second time this season the freshman from Halmsted, Sweden, has earned league honors after being named Freshman of the Week on February 19.

Lindblad currently leads the nation and the SEC with a 69.72 scoring average.

LSU returns to action on March 6-8 for the Darius Rucker Intercollegiate in Hilton Head, South Carolina.