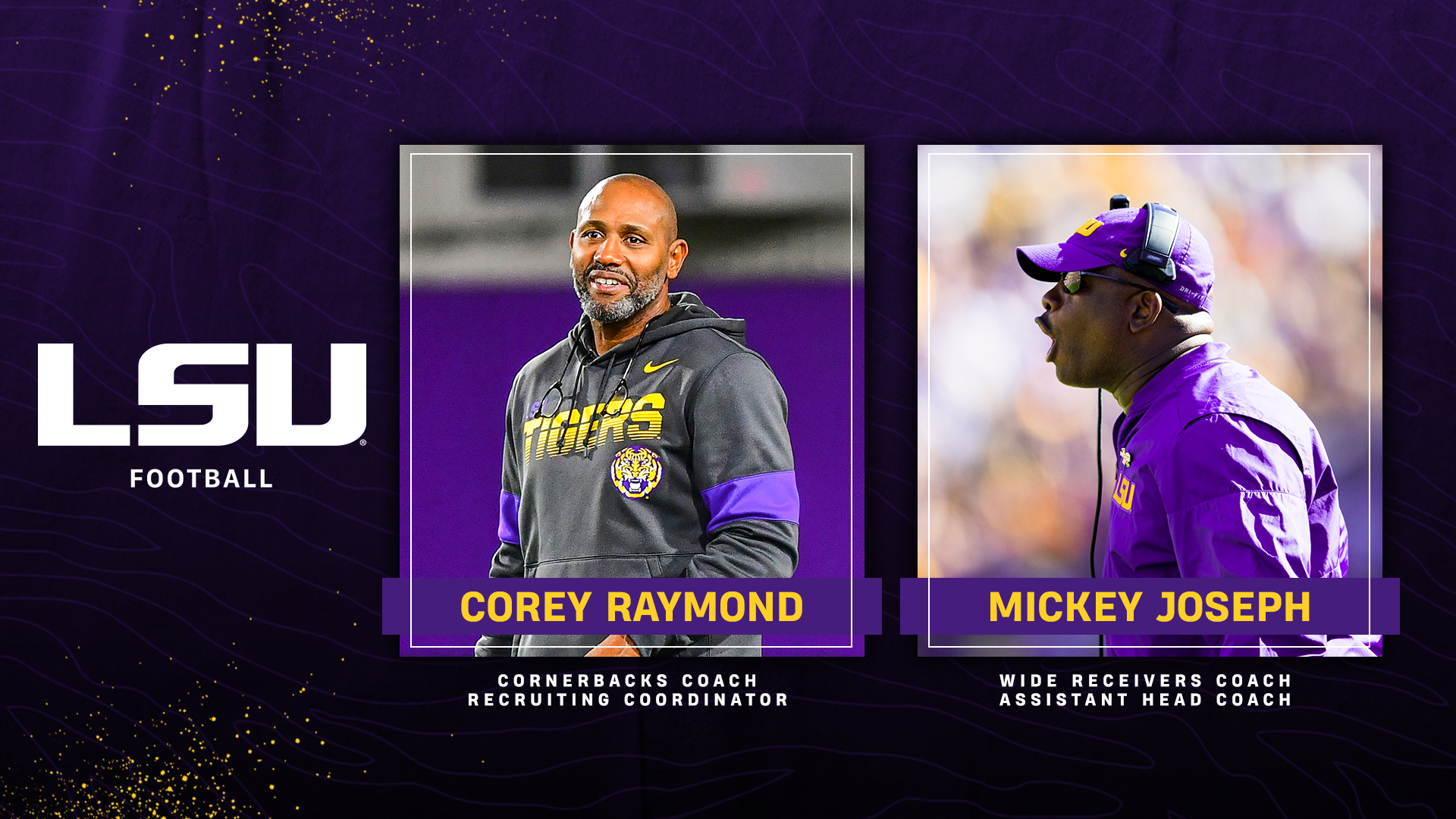 Joseph enters his fourth season on the LSU staff in 2020, while Raymond is now in his ninth year with the program. Both Joseph and Raymond will continue to coach their respective position groups.

“I am proud to announce that Corey Raymond is our new recruiting coordinator and Mickey Joseph is our new assistant head coach,” Orgeron said. “These two men are vital in the success of this program and I could not be happier that these two born and bred Louisiana men are here to help us win more championships for the state of Louisiana.”

Joseph, a native of New Orleans, played a key role in LSU’s record-setting offense in 2019 as he coached the nation’s top trio of wide receivers in Justin Jefferson, Ja’Marr Chase and Terrace Marshall. Chase, a unanimous All-America as a sophomore, was named the winner of the 2019 Biletnikoff Award. Chase set SEC records for touchdown receptions (20) and receiving yards (1,780) to go along with 84 receptions for the Tigers.

Jefferson set an LSU single-season record for receptions with 111 to go along with 1,540 yards and 18 TDs. His four TD receptions against Oklahoma set an CFP National Semifinals record. Marshall caught 46 passes for 671 yards and 13 TDs in 2019 as the group became the first trio in school history with 10 or more TD receptions in the same season.

Raymond, a four-year letterwinner for the Tigers from 1988-91, helped produce another outstanding group of cornerbacks led by true freshman Derek Stingley Jr., who earned consensus All-America honors in 2019. Senior Kristian Fulton, a likely first round NFL Draft pick in April, was a second-team All-SEC selection as the Tigers led the league in interceptions last year with 17.