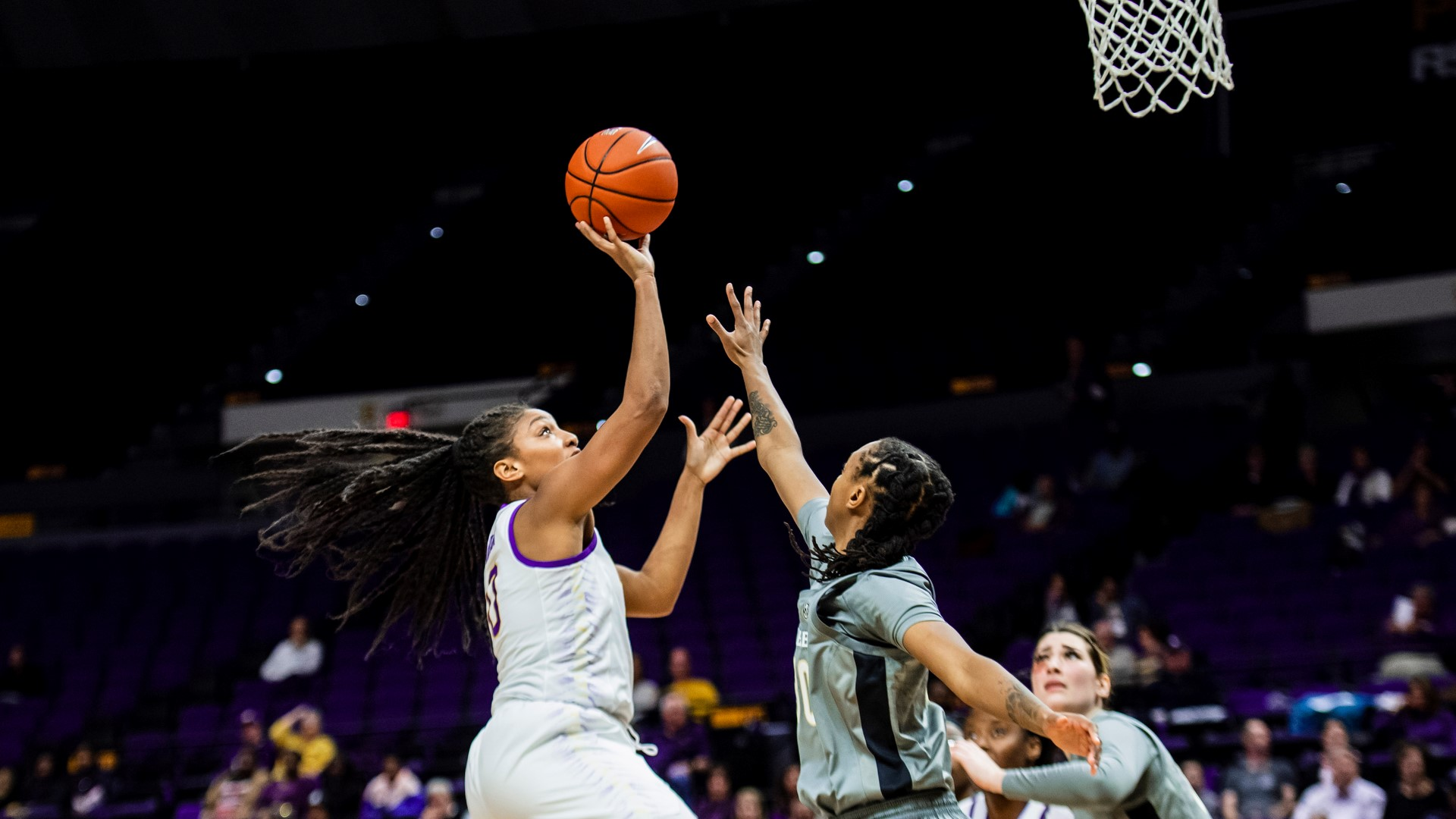 BATON ROUGE – The LSU women’s basketball team will be the No. 7 seed in the 2020 SEC Women’s Basketball Tournament, facing the No. 10 seed Florida in the Second Round on Thursday, March 5 at 5 p.m. CT at Bon Secours Wellness Arena in Greenville, South Carolina.

All games on Wednesday, Thursday and Friday of the tournament will air on the SEC Network. The semifinals on Saturday will air on ESPNU with Sunday’s championship game broadcast on ESPN2. Fans can also watch the game on the ESPN app. Patrick Wright will call the game on the LSU Sports Radio Network. Wright is in his 30th season as the “Voice of the Lady Tigers”. Fans can listen on 107.3 FM and audio broadcasts are available online at LSUSports.net/live. Live stats will be available at LSUsports.net.

LSU closed out the 2019-20 regular season at 19-9 and 9-7 in SEC action following Sunday’s 75-71 loss at Arkansas. Jailin Cherry led the way for the Tigers offensively as the junior scored a season-high 16 points. She also notched a career-high 10 rebounds to claim her first career double-double. Juniors Awa Trasi and Khayla Pointer both finished with 13 points and senior Jaelyn Richard-Harris finished with 11 to round out the Tigers in double-figures. Faustine Aifuwa just missed out on notching a double-double as the junior finished with eight points and 10 rebounds. Aifuwa tied her career-high with seven blocked shots.

Aifuwa is having a strong season in the paint for LSU. Aifuwa is second on the team among active players with 10.8 points per game. She is sporting a 46.6 field goal percentage to go along with 8.1 rebounds per game and 58 blocked shots.

Pointer leads the squad from the point with 14.6 points and 4.8 assists per game. She has one of the best free throw shooting percentages on the squad at 70.9 and the most steals with 62. She scored her 900th career point on Sunday with her last bucket of the game.

LSU continues its solid play on defense, having held opponents to 50 points or under five times and 15 opponents at 60 or under so far this season and winning the battle of the boards in 22 games played.

With the loss of redshirt senior Ayana Mitchell, LSU head coach Nikki Fargas counts on her bench to step up and fill the void with several players taking on different roles. Trasi moved into the starting slot and stretches LSU’s offense with her long-range shooting. Trasi, Richard-Harris and Cherry fill up the starting lineup, averaging a combined 17.2 points 8.4 rebounds and 3.8 assists per game. Several players, including sophomore Jalaysha Thomas, junior Rakell Spencer and freshman Tiara Young, come off the bench to provide a defensive spark and a breather for the starters.

This will be just the second time in SEC Tournament history that LSU and Florida will face one another. The previous meeting was in 1995 when No. 6 seed Florida beat No. 11 seed LSU, 88-80. LSU won the 2020 regular season game between the teams, 77-68, in Gainesville on January 30.

LSU holds the overall series lead at 30-14. The winner of Thursday’s game advances to a quarterfinal game against No. 2 seed Mississippi State at 5 p.m. CT on Friday, March 6.

Geaux Clear at the SEC Tournament

Fans are reminded that a policy similar to the Geaux Clear Policy at LSU will be in effect for the SEC Tournament. Diaper bags must be clear and no larger than 12″ x 6″ x 12″. Backpacks, including drawstring/synch bags are strictly prohibited. Fans with medically-necessary items will be allowed to enter the arena following a more thorough search at the designated inspection points.