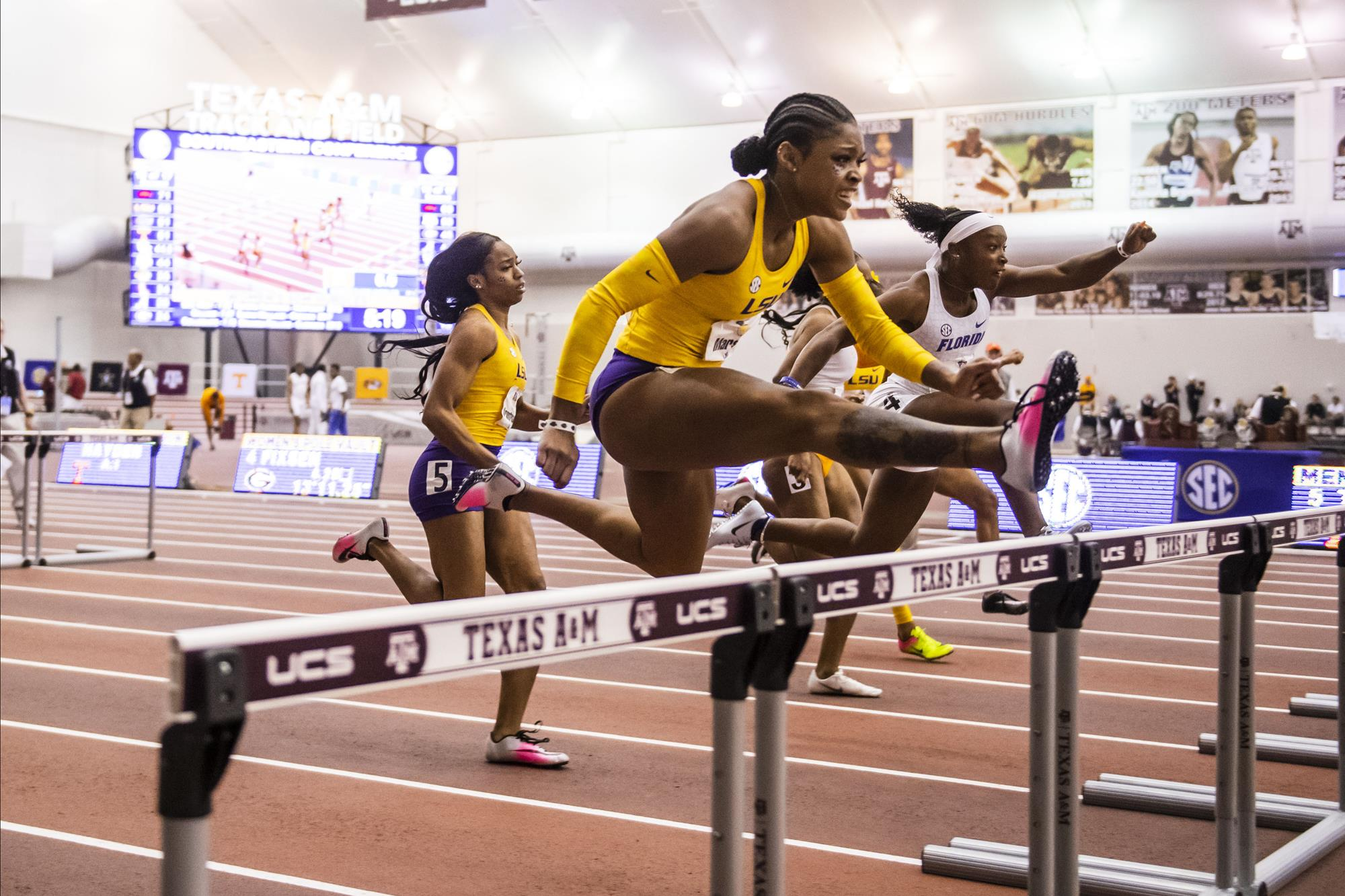 Baton Rouge, La. – For the second time this season, Tonea Marshall of LSU track and field has been named the U.S. Track & Field and Cross Country Coaches Association National Athlete of the Week. She was awarded with the honor on Tuesday morning after she won the SEC title in the 60 meter hurdles this past weekend in College Station.

Marshall ran a time of 7.89 to win her first-career individual SEC title on Saturday in the 60 hurdles. The time of 7.89 broke Kendra Harrison’s meet record of 7.92 that was set in 2015 while she ran for Kentucky. Harrison is the current world record holder in the 100 meter hurdles outdoors. The time of 7.89 put her in rarefied air as she became only the second collegiate hurdler in NCAA history to have three sub-7.90 races in a career. The only other collegian to accomplish the feat was Brianna Rollins (Clemson) in 2013.

Marshall and the LSU track and field team will head to the NCAA Indoor Championships next week. The NCAA meet will take place in Albuquerque, N.M., at the Albuquerque Convention Center March 13-14.