LSU Track & Field Women, Men Ranked No. 1 in the Country 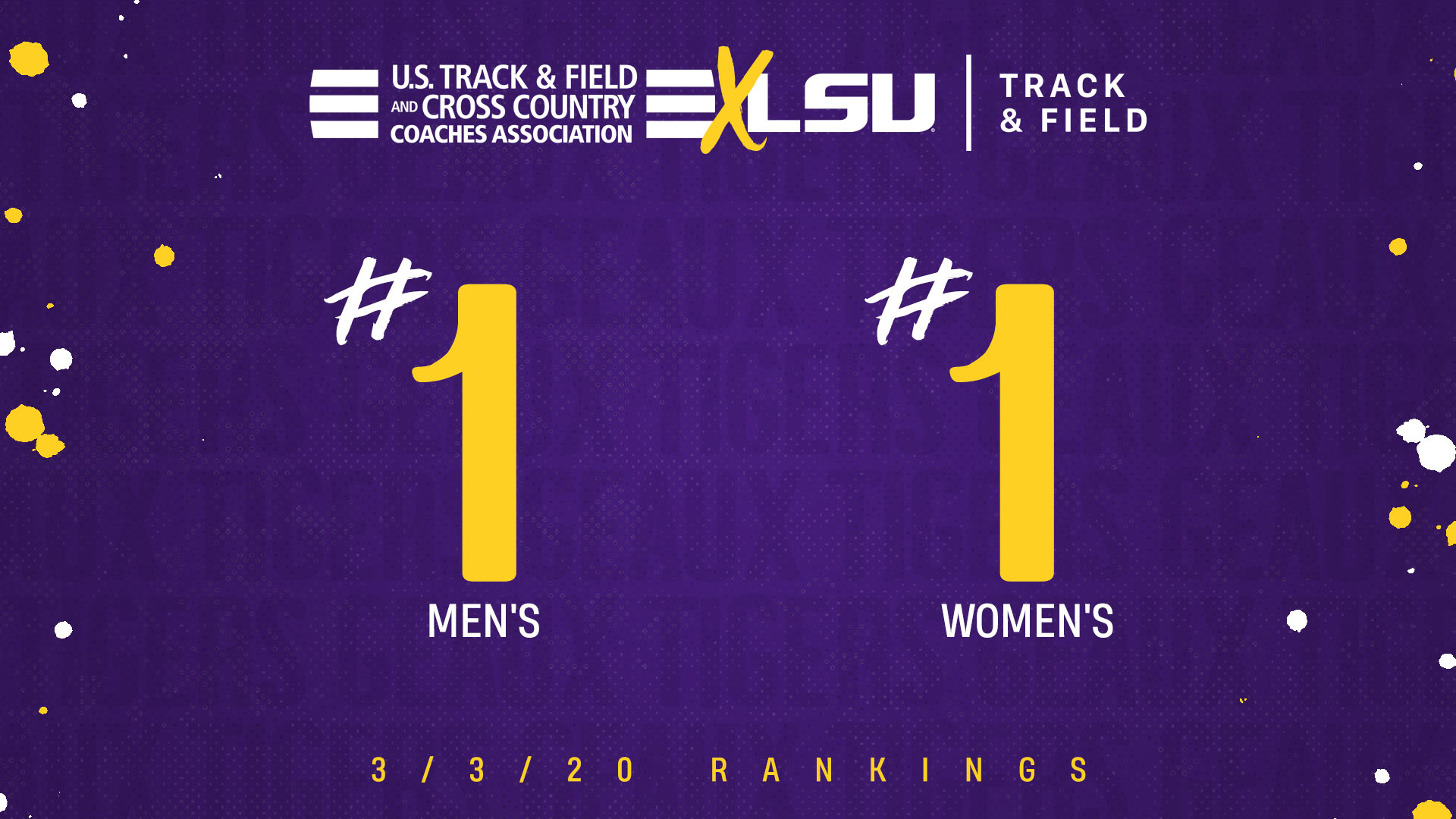 Baton Rouge, La. – Head coach Dennis Shaver of the LSU track and field program has both his women’s and men’s squads ranked No. 1 in the nation going into the 2020 NCAA Indoor Championships that will take place March 13-14 in Albuquerque, N.M., at the Albuquerque Convention Center. The NCAA Division I Ratings Index was released Monday afternoon by the U.S. Track & Field and Cross Country Coaches Association and it had both of LSU’s women’s and men’s team ranked No. 1 nationally.

The LSU women have 10 athletes and one relay that currently rank inside the top-10 nationally, and the men have seven athletes in a total of eight events that rank top 10 nationally in addition to the men’s 4×400 meter relay. The Tigers registered seven top-10 national marks this weekend at the SEC Indoor Championships.

Top-eight finishes in any event at the NCAA meet earn points for the athlete’s team. LSU has two athletes – Terrance Laird and Tonea Marshall – that currently own the NCAA lead in their events. Marshall’s season best altitude converted time of 7.88 in the 60 meter hurdles s No. 1, and Laird’s personal best of 20.43 seconds in the 200 meter dash is the national lead. JuVaughn Harrison is LSU’s only athlete that currently ranks inside the top five nationally in two separate events. His season best long jump of 26′ 7.25″ (8.11 meters) and season best high jump of 7′ 5.75″ (2.28 meters) rank No. 2 and No. 3 in the NCAA, respectively. Rayvon Grey, the 2019 NCAA indoor national champion in the long jump, owns the third best mark in the nation this year in the event with a leap of 26′ 6.50″ (8.09 meters). A full list of the rest of LSU’s athletes ranked inside the top-10 nationally can be viewed below.