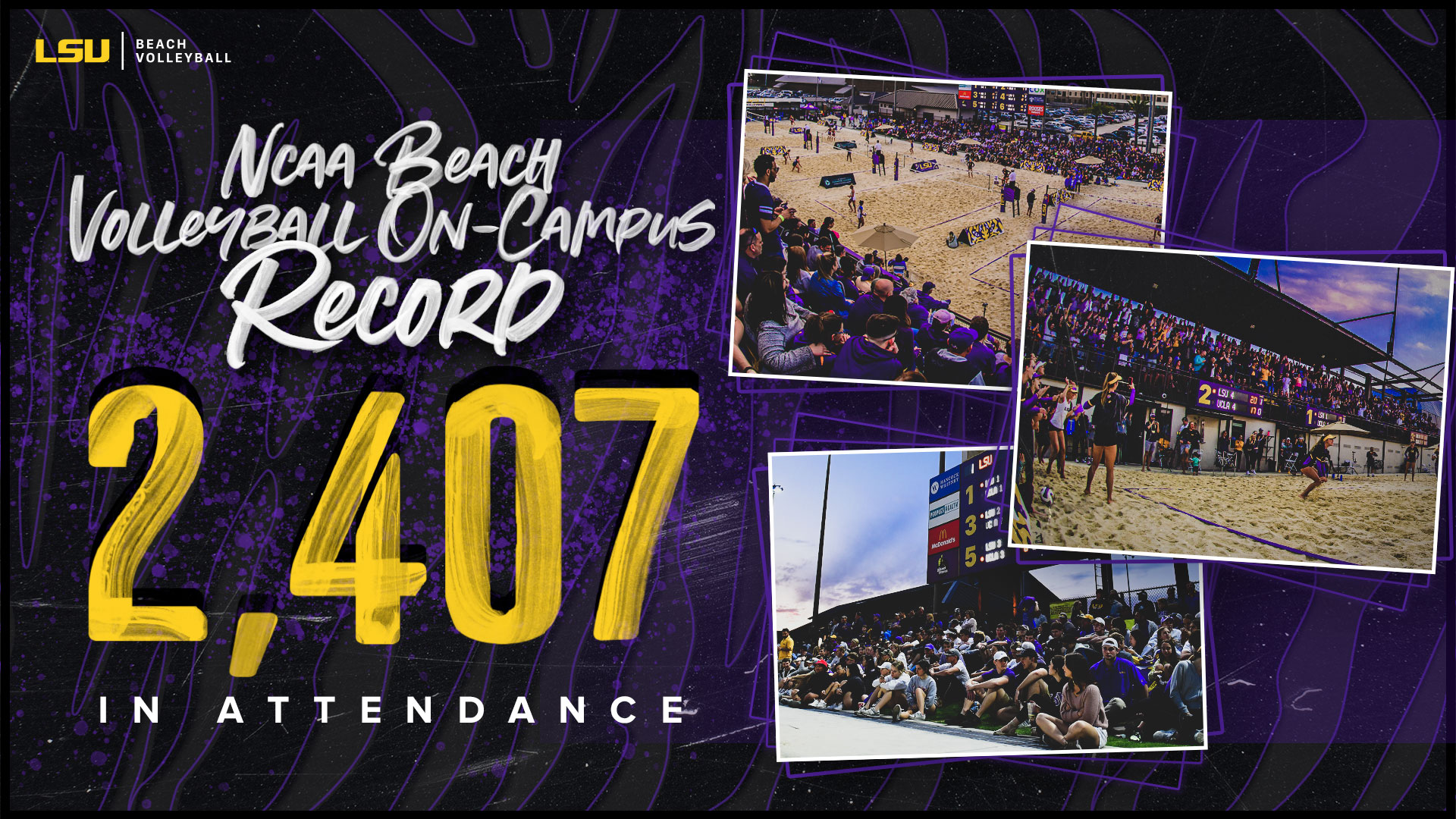 “I honestly couldn’t have ever dreamed of that,” said Coach Russell Brock. “The vision was – let’s build this thing, let’s build a good product and let’s fill it up. To have it packed out and have a match like that – I envisioned a lot of things with this program, but that was more than I could have possibly imagined.

Following LSU’s second defeat over UCLA in as many weeks, LSU earned its first No. 1 ranking in beach volleyball on Monday. The top-ranked Tigers will begin play at TCU’s Fight in the Fort Friday morning where they will face No. 17 Arizona, No. 16 TCU, Missouri State and UAB.

The next time LSU will be at home will be for the LSU Beach Invitational, March 13-14.

After going 13-0 during the inaugural year of LSU Beach Volleyball Stadium last season, the Tigers didn’t miss a beat as they started their 2020 home schedule. They swept through the Tiger Beach Challenge over the weekend which include their victory over top-ranked UCLA.

It was standing room only on Saturday when the LSU faithful packed collegiate beach volleyball’s premier facility and stadium to witness a top-two showdown. The two-time defending national champion UCLA Bruins were ranked No. 1 and LSU was ranked No. 2. LSU and UCLA split a set of match to open the season two weekends ago in Hawaii, setting up a rubber-match in Baton Rouge.

Fans well versed in the sport of beach volleyball and fans that had never been to a match before packed in to create an electric atmosphere that helped the Tigers to a 3-2 victory over the Bruins, catapulting LSU to the top of the polls.

“When I look back and reflect on that evening, to have all of those people stacked and locked in and focused and cheering – a lot them for the first time experiencing what we do week in and week out – unbelievable,” said Brock. “It was such a fun environment, such a fun atmosphere and one I will absolutely never forget.”

“To look out on the court and look both directions and see packs of purple and gold, that was something special,” said senior Claire Coppola.

“And no standing room, I mean that is so cool and we feed off of that, so it was a perfect atmosphere for us,” added fellow senior Kristen Nuss, Coppola’s partner on pair one.

Coppola and Nuss have won 99 matches, competing in every collegiate match together, and will look to become just the third collegiate beach volleyball pair to reach the 100-win mark in the sport’s young history.