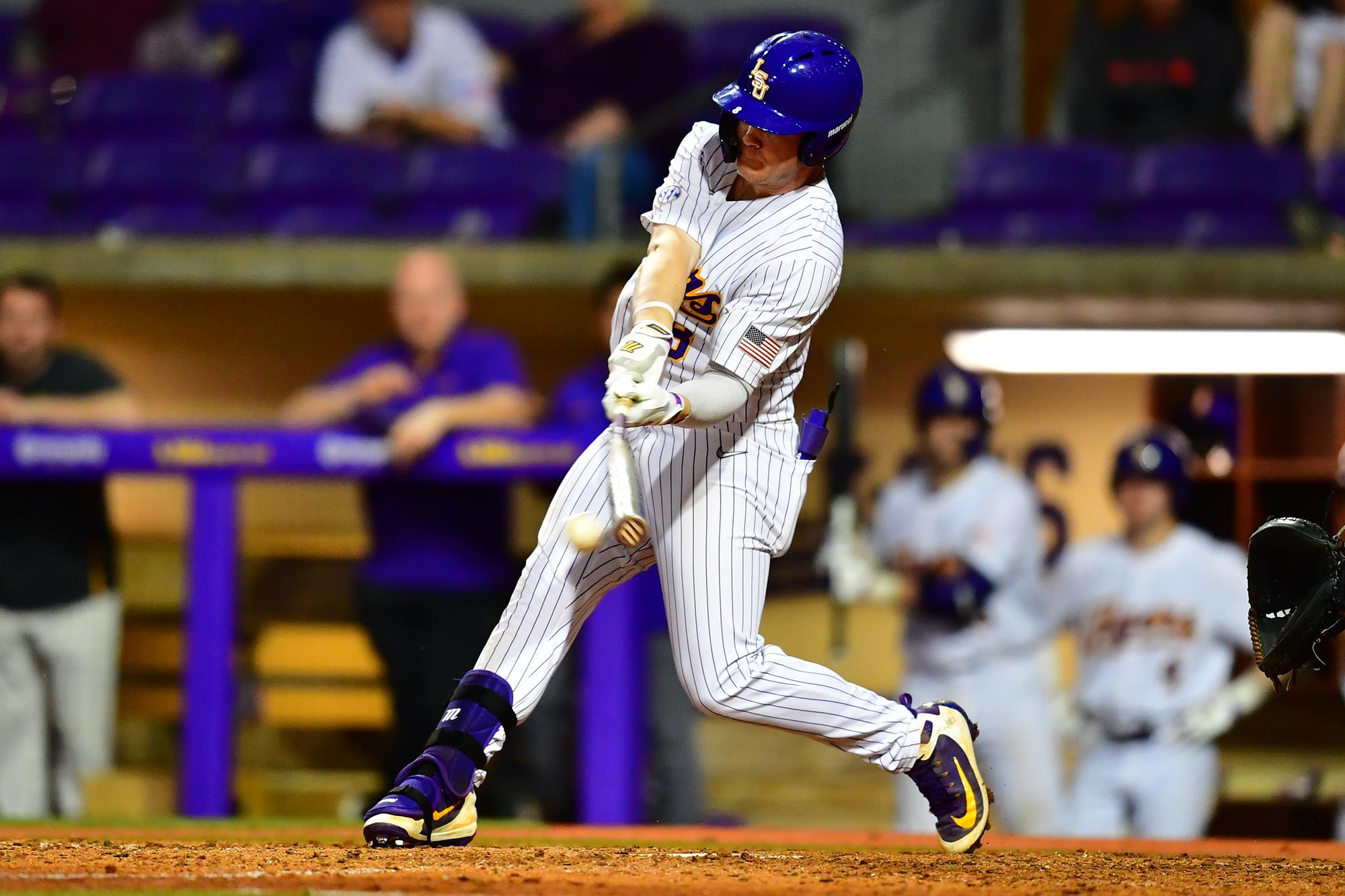 Three years into his LSU career, Daniel Cabrera can’t remember ever practicing on a Monday before.

He can’t remember being no-hit before either.

In baseball, as in life, there’s a first time for everything.

That’s how the Tigers found themselves back to work Monday, a day after failing to scratch across a hit in a 1-0 loss to Oklahoma. Typically their off day before midweek games, Paul Mainieri decided to get his players back on the field as soon as possible.

On Tuesday, that decision paid dividends.

Behind nine hits – four for extra bases, including a towering home run – LSU defeated Southeastern 6-3. If not a great offensive performance, it was a good one – a .310/.444/.517 team slash is nothing to sneeze at.

And good is as good a place to re-start as any.

“I think that might have been my first time since I’ve been here,” Cabrera said of the Monday practice. “Honestly, I thought it was a good idea, because I’ve kinda never gotten no-hit before. So it gets it out of our system right away.”

In Monday’s session and Tuesday’s pre-game batting practice, the Tigers focused on the basics – hitting to the opposite field, battling with two strikes, and being more selective at the plate.

It worked. After striking out 98 times in their first 12 outings – including 34 times last weekend in Houston – LSU whiffed just five times.

The opposite way was the right way all game. Collier Cranford went to right center to double home Giovanni DiGiacomo in the second inning. Cabrera led off the third by driving an outside fastball the opposite way for a double of his own. And facing the shift he’s dealt with all season, Cade Beloso blooped an RBI single into the vast space vacated by the Lion defense in left center field in the fifth inning.

“We worked really hard on trying to hit the ball to the opposite field yesterday in practice, and I think we had four or five hits early in the game the other way,” Mainieri said.

When Cade Doughty stepped to the plate in the third inning, he was thinking about driving the ball over the second baseman’s head. Instead, he drove the first pitch he saw over the left fielder’s, 400 feet from home plate and well over Left Field Landing for his second career homer.

“I stayed with the same approach, just trying to go over the second baseman’s head,” Doughty said. “He hung a change up, so I was really able to barrel up the ball.”

Doughty picked up a second hit in the eighth, a single just to the right of the second baseman, giving him five hits in his last 13 at-bats. After seeing his average dip to .115 after a tough-luck start to his LSU career, he’s back over .200, elevating his average more than 90 points in four games.

“I feel good up there,” Doughty said. “I’ve been barreling up a lot of balls. That’s l all I try to do. I can’t really control where I hit it.”

What he can control – his teammates, too – is how to respond to failure. Sunday’s loss stung. No one wants to get blanked, and baseball can be cruel. But it can also be forgiving, allowing the opportunity to correct yesterday’s mistakes tomorrow.

“We completely put that behind us,” Doughty said of the loss to Oklahoma. “We just came out today with our approaches just set in stone and really focused on what we could control. It ended up working out for us, sticking to our approach.

“We stayed true to ourselves. The last game we had big eyes or something, but it’s really good to get back down to the grind.”