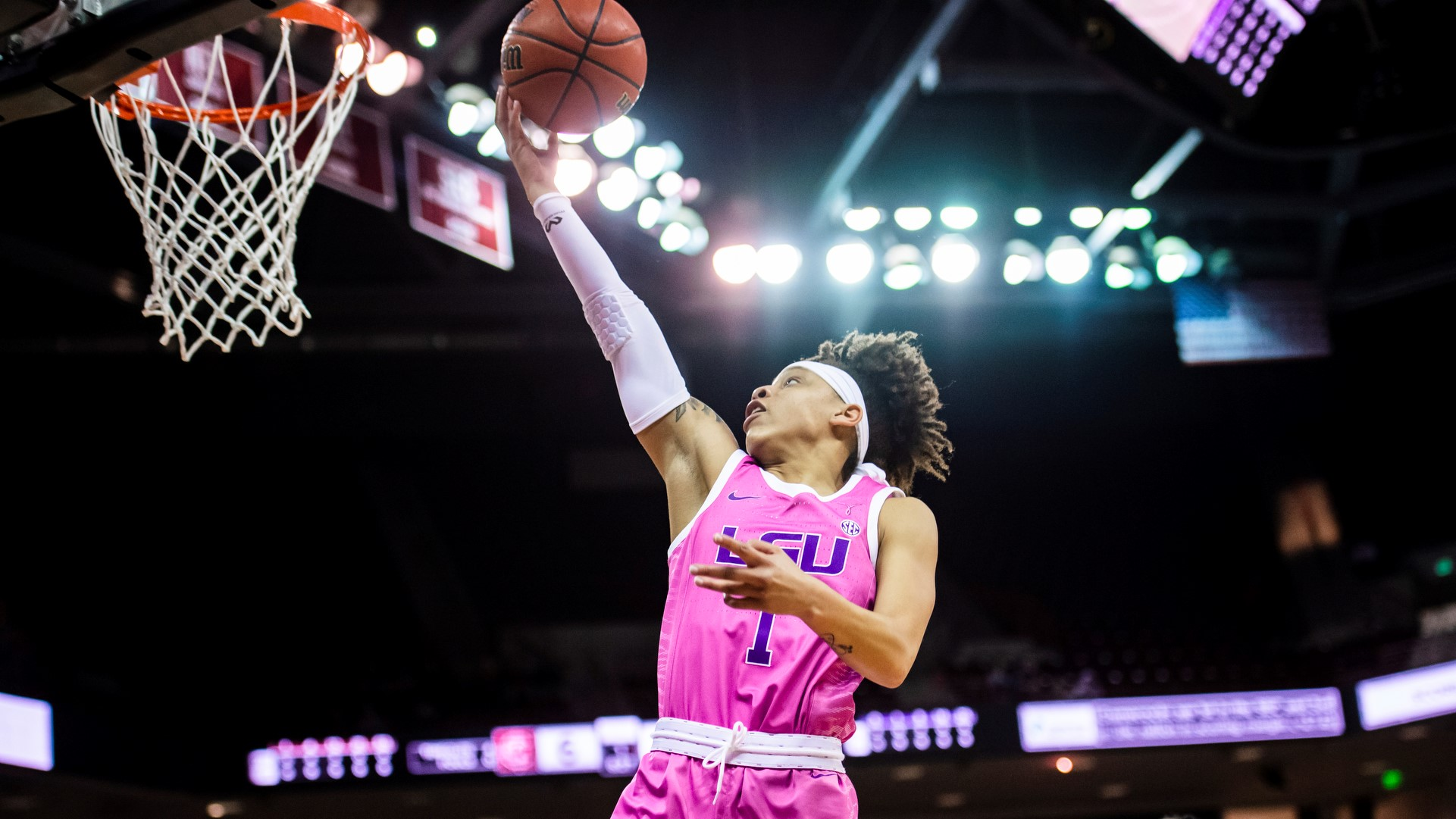 FAYETTEVILLE, Ark. – The LSU women’s basketball team lost their regular season finale on the road against Arkansas, 75-71. With the loss, the Tigers close the regular season 19-9 overall and 9-7 in the SEC. With the win, Arkansas improves to 22-7 overall and 10-6 in league play.

Junior Jailin Cherry led the way for the Tigers offensively as the junior scored a season-high 16 points. She also notched a career-high 10 rebounds to claim her first career double-double. Juniors Awa Trasi and Khayla Pointer both finished with 13 points and senior Jaelyn Richard-Harris finished with 11 to round out the Tigers in double-figures. Faustine Aifuwa just missed out on notching a double-double as the junior finished with eight points and 10 rebounds. Aifuwa tied her career-high with seven blocked shots.

The Tigers will be the No. 7 seed in the 2020 SEC Tournament. LSU’s first game will be at 5 p.m. CT against the No. 10 seed Florida on Thursday, March 5 in Greenville, South Carolina.

On the game being so close the whole time…

“When you are on the road, you have to make layups and you have to make free throws. We had a lot of opportunities at the free throw line to close that gap. We were aggressive and we were trying to get all over the offensive glass which we did, so that was a positive. This game was simple – it was all about layups and free throws. To me, we did not do a good job offensively in hitting those shots. We also have to realize when you play a team that is penetrating, you have to wall up and try not to reach defensively. We sent them to the free throw line too many times and I thought that was the difference in the game.”

On just not being able to get the necessary stop defensively…

“We allowed them 32 free throw attempts which is a lot. We cannot keep putting people at the free throw line. You have to stand in there and take a charge or just wall up. I also felt we broke down a few times in our out of bounds defense. There were occasions where some people were guarding it man to man and some were in a zone so that caused some confusion. To play a team like Arkansas and teams that like to shoot three, we do not need to shoot more threes than them. Our game is not live and die by the three ball which I feel like we did today. We have been shooting a much better percentage because we have not been living and dying by it. For us to go 2-14 from the three-point line was the reverse of what was working for us which was out two-man game.”