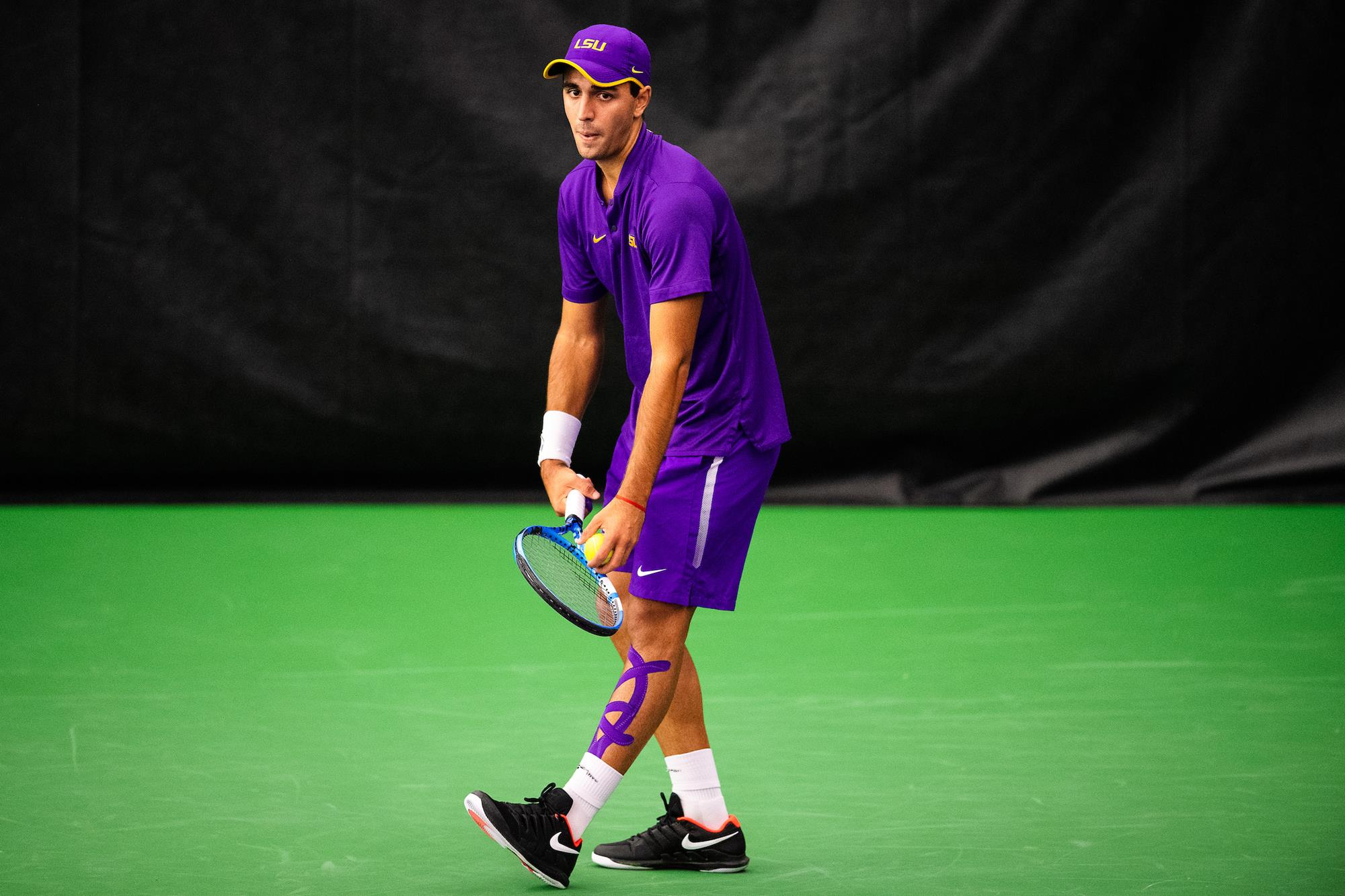 The Tigers suffer their first SEC loss of the season, standing at 1-1 in SEC play and 9-3 overall.

LSU had their chances all Sunday but squandered them late, first starting in doubles. The Tigers started the day dropping their first doubles point since January 26th against Dartmouth. Joey Thomas and Daniel Moreno fell to 13-3 on the overall season after Kentucky’s Alexandre LeBlanc and Ying-Ze Chen defeated them 6-3. The last two matches both went into tie-breaks to decide the doubles point. Sophomores Nick Watson and Boris Kozlov evened the doubles points at one each after the duo improved to 6-1 on the dual season, winning the match 7-6(3). The No. 59 duo of senior Rafael Wagner and freshman Ronald Hohmann had a marathon match against Millen Hurrion and Gabriel Diallo. It was back-and-forth until the tiebreak and even then, neither side could string together two straight points. The Kentucky duo eventually did, winning the match and the doubles point, 7-6 (11-9).

The Tigers would need to win on four singles courts to win the match but came up one short. Kentucky quickly took a 2-0 lead after Joey Thomas was defeated on court six, 6-3, 6-0. Rafael Wagner brought it closer after he handled his opponent in straight sets on court four, winning 6-4, 6-4. Kentucky made it harder for LSU to comeback after Malik Bhatnagar was defeated on court one, 7-5, 6-4, putting the score at 3-1 in favor of Kentucky. Freshman Tomas Descarrega received his first SEC win of his career after defeating Kevin Huempfner 6-4, 6-3. Kentucky clinched the match on court two when Millen Hurrion defeated Ronald Hohmann. The freshman dropped the first set 6-3 but came back in the second set returning the 6-3 score back to his opponent. Hohmann fell behind early in the third set and couldn’t dig out of it, falling by a score of 6-3, 3-6, 6-2. No. 99 Boris Kozlov made the score closer after he received his eighth win of the season, defeating César Bourgois 3-6, 7-6 (7-5), 6-4.

Co-head coach Chris Brandi realized that it just wasn’t the Tigers day, but knows their best tennis is ahead of them. “This was a disappointing day and not just because we lost, but we had plenty of chances, starting with the doubles. We just didn’t deserve to win. It’s time to get better and bounce back.”

LSU welcomes the No. 6 Florida Gators to Baton Rouge next Friday, March 6th at 5:00 p.m.