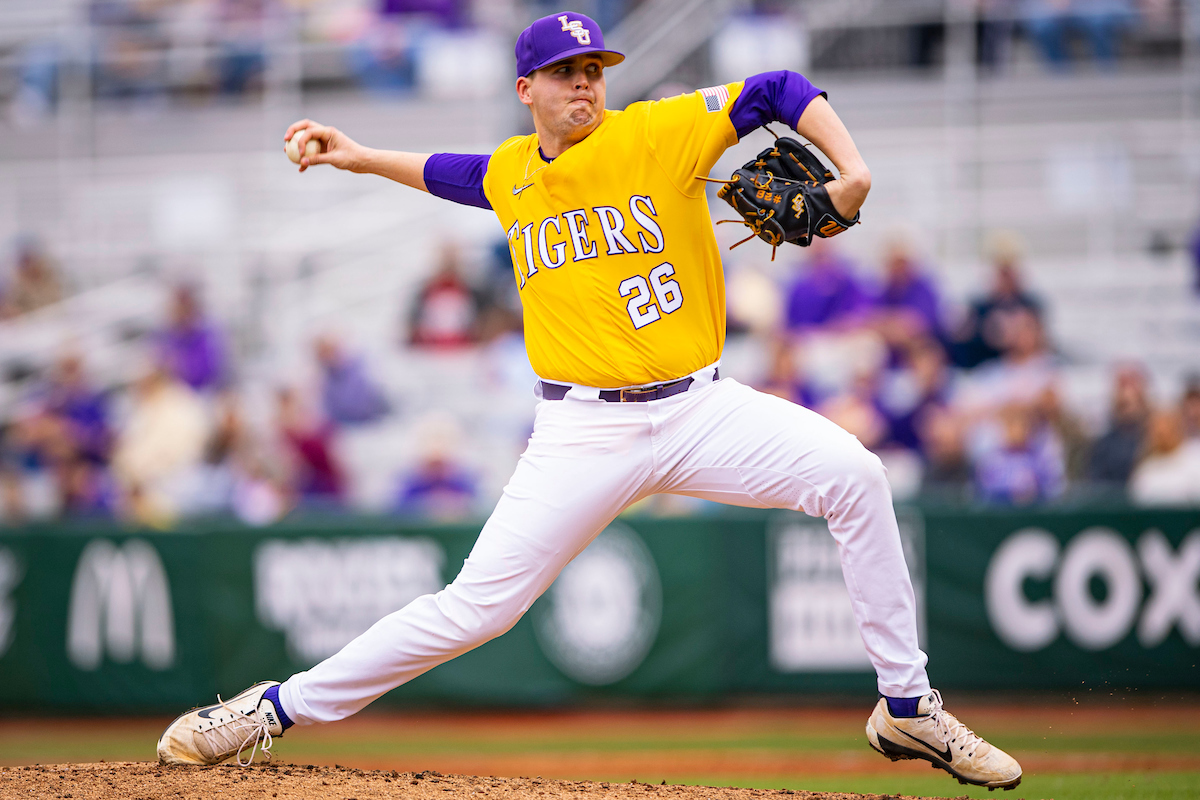 HOUSTON – In a duel between starting pitchers AJ Labas and Dane Acker, No. 15 Oklahoma edged No. 11 LSU, 1-0, Sunday afternoon at Minute Maid Park.

LSU dropped to 7-5 on the season, while Oklahoma improved to 9-3.

The Tigers return to Alex Box Stadium, Skip Bertman Field Tuesday night to host Southeastern Louisiana. First pitch is set for 6:30 p.m. CT. The game will be broadcast on SEC Network Plus. Fans can also listen on 98.1 FM in Baton Rouge or online at LSUsports.net/live.

Acker (1-1) earned the win for OU as he did not allow a hit in nine innings while firing 11 strikeouts. He allowed one walk and hit two LSU batters.

The hard-luck loss was charged to LSU’s Labas (1-2), who pitched brilliantly. Labas worked eight innings and had a no-hitter through the first seven innings, but gave up a lead-off home run to catcher Justin Mitchell in the eighth that proved to be the difference

“AJ was great today, he threw a lot of strikes,” said LSU coach Paul Mainieri. “Unfortunately, they got the bat on one pitch that left the ball park.

“We hit a lot of balls hard, but it was one of those days with the roof closed here, the ball didn’t carry very well. We hit several balls right at their fielders as well, but congratulations to their pitcher for his outing.”

Junior right-hander Devin Fontenot pitched the ninth inning for the Tigers, allowing one hit with one strikeout.

Mitchell led off the top of the eighth inning with a solo home run to left field to score the only run of the game. The dinger was Mitchell’s first of the season.

“It was a tough day,” Mainieri said, “but we’re heading to Baton Rouge to get back to work and get ready for another week.”