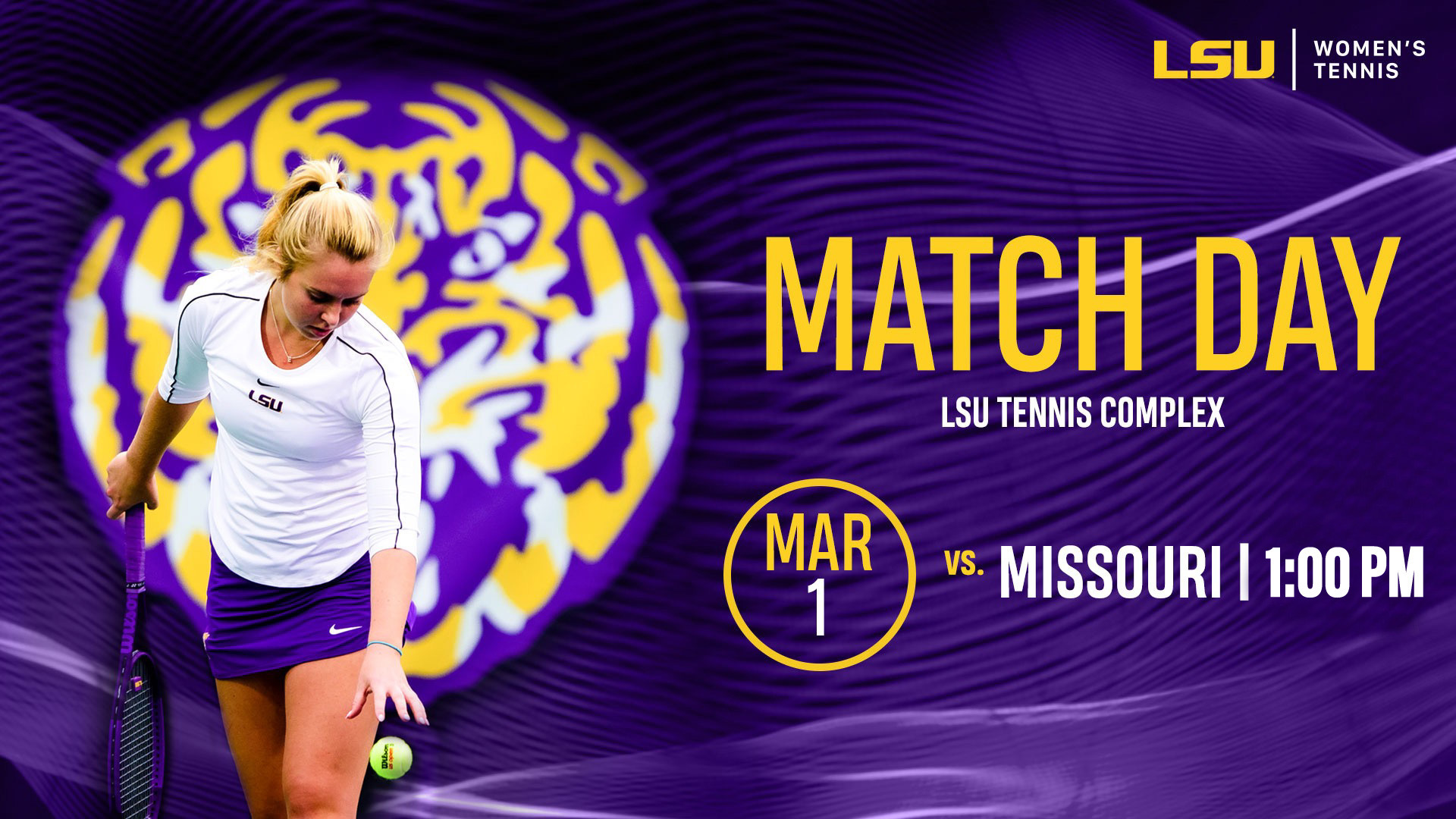 BATON ROUGE – The LSU women’s tennis team will return home to conclude the weekend by hosting SEC foe Missouri at 1 p.m. CT on Sunday, March 1, at the LSU Tennis Complex.

“Our team is excited to be back at our house to build upon momentum from our road win against Vanderbilt on Friday,” co-head coach Michael Sell said. “We look forward to being in front of our fans and playing in our SEC home opener!”

The two Tigers have met eight times in program history, with LSU winning all eight matchups. When the teams met last year at the Mizzou Tennis Complex, LSU came out on top in a 4-0 sweep.

LSU is 8-2 overall in the dual season. The Tigers opened SEC play away at No. 20 Vanderbilt Friday night, where they earned their first Top 25 win of the season in a 4-3 matchup.

Junior Eden Richardson leads the team in singles wins during the dual season with eight, and is currently on a five match winning streak. Freshman Maggie Cubitt is also on a win streak after starting a perfect 4-0 in dual play.