Tigers Wrap Up Judi Garman with Win Over Colorado State 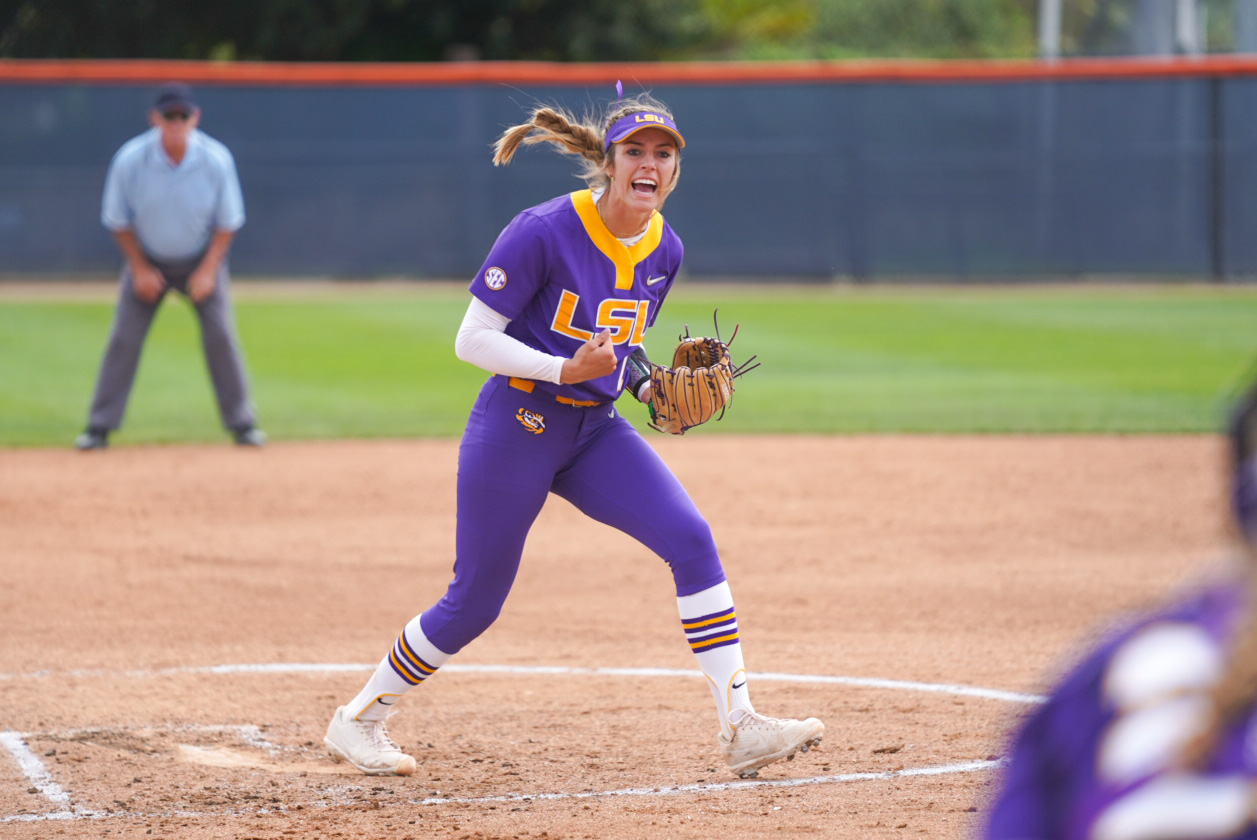 FULLERTON, Calif. – The No. 4 LSU softball team finished the Judi Garman Classic with a 6-2 win over Colorado State on Saturday morning at PFG Field.

After falling behind 1-0 to the Rams in the first inning, the Tigers scored three in third. Amanda Doyle led off with a single and came in on a triple from Aliyah Andrews. Shelbi Sunseri brought in Andrews on a single to left and Ciara Briggs scored on an error to take a 3-1 lead.

In the top of the sixth, Doyle hit a ball off the right field fence to score Taylor Pleasants from first, giving the Tigers a 4-1 lead. Another run came in on a throwing error back the pitcher, scoring Doyle for a 5-1 lead.

Another run came across in the top of the seventh for the Tigers as Aliyah Andrews came around to score on a bunt single by Briggs. Andrews went to second and saw no one at third so advanced to third. Colorado State wasn’t covering home so Andrews scored.

Colorado State put up a solo run in the bottom of the seventh off a solo home run to left field.

Shelby Wickersham just allowed two runs, one unearned run in the first inning and settled down, keeping Colorado State off balance the rest of the game. She earns the complete-game win to improve to 4-1 on the year. She struck out a total of eight on the game, a new career-high for the sophomore. Taylor Gilmore is charged with the loss, dropping to 3-3.

Up Next
The Tigers return home next weekend for the LSU Round Robin, where they will host Campbell and Illinois State.