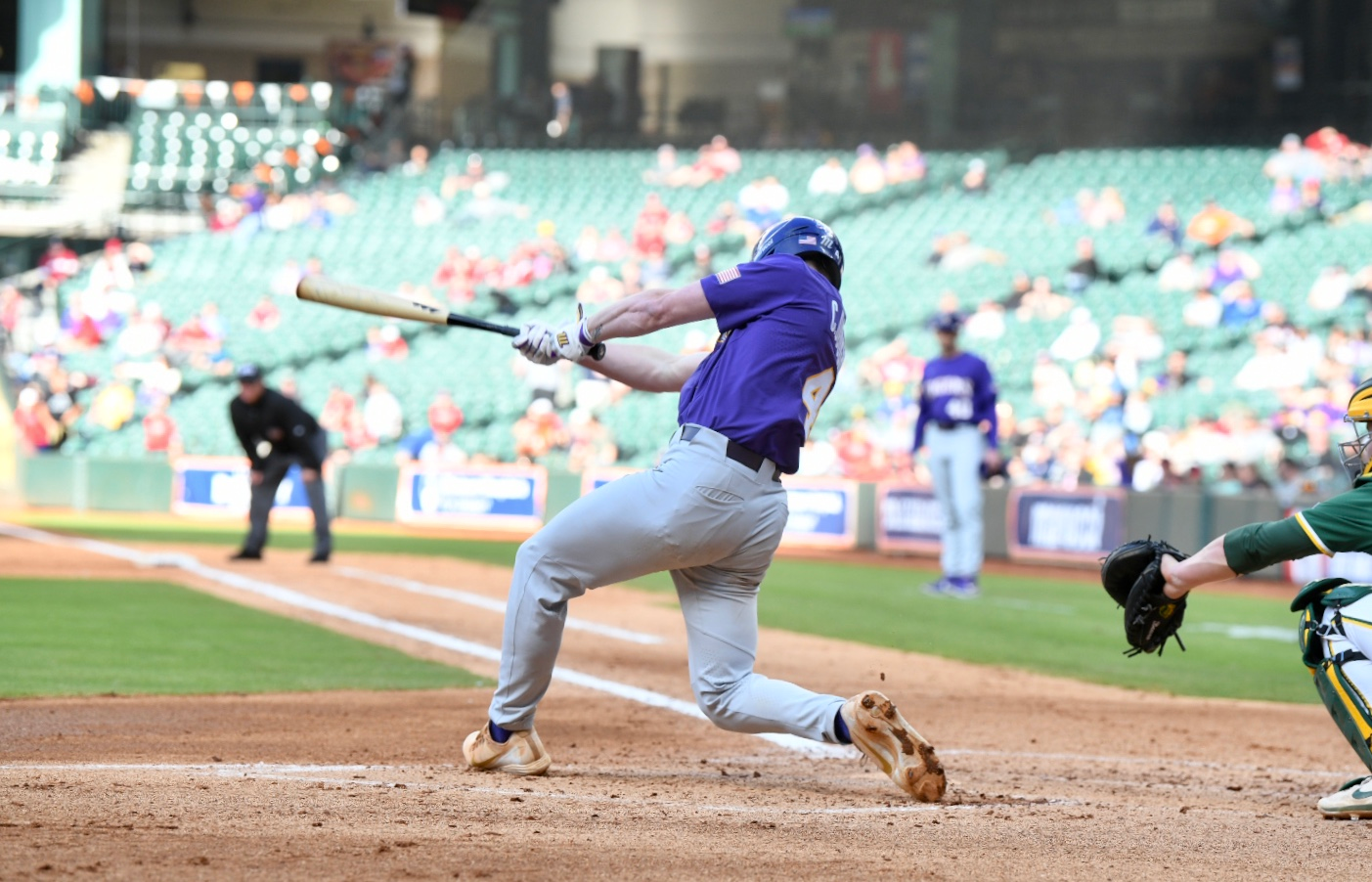 The Tigers finish up play at the three-game Shriners Classic on Sunday at 11 a.m. CT against the Oklahoma Sooners. Sunday’s game will be broadcast on Cox Sports TV and AT&T SportsNet. The game will also be streamed for free on MLB.com. Fans can listen to the game on 98.1 FM in Baton Rouge and online at LSUsports.net/live.

Baylor struck for six runs in the sixth and seventh innings to rebound after trailing 4-0 entering the bottom of the sixth. Home runs by shortstop Nick Loftin, first baseman Chase Wehsener and second baseman Ricky Martinez highlighted the Bears’ comeback.

Baylor relieve Ryan Leckich (1-0) earned the win with one scoreless relief inning, recording one strikeout. Luke Boyd picked up his fourth save of the season as he pitched the ninth inning, allowing one hit to go with two strikeouts.

“We were up 4-0, but honestly, I thought we should have been up by more,” said LSU coach Paul Mainieri. “We had some opportunities to expand the lead, but we didn’t get the job done. Our guys have to learn that we have to take advantage of those opportunities. It’s a learning experience for a young team that has to learn how to win.”

LSU struck first in the top of the second as second baseman Cade Doughty bounced a one-out double off the left field wall. Right fielder Daniel Cabrera scored from first after he has reached on a leadoff single.

The Tigers added another run in the third as catcher Alex Milazzo launched his first LSU career homer over the left-field wall to give LSU a 2-0 advantage.

A two-out, two-run homer to left field off the bat of designated hitter Saul Garza added two more LSU runs in the sixth inning. Cabrera scored after reaching on a fielder’s choice before Garza came to the plate.

Baylor responded with its own two-run shot in the bottom of the sixth. Martinez hit a one-out double to left center and Loftin followed with the home run to left that cut into the LSU lead, 4-2.

The Bears scored four runs in the bottom of the seventh to take the 6-4 lead. Wehsener hit a one-out solo shot against reliever Nick Storz to start the scoring.

Centerfielder Jared McKenzie was hit by a pitch from Kaminer and Martinez hit a two-run homer to left. With two outs, right fielder Mack Mueller singled to right against reliever Matthew Beck, allowing Loftin to score the unearned run after he reached on a fielding error earlier in the inning.