Visiting Tigers Down No. 20 Vanderbilt 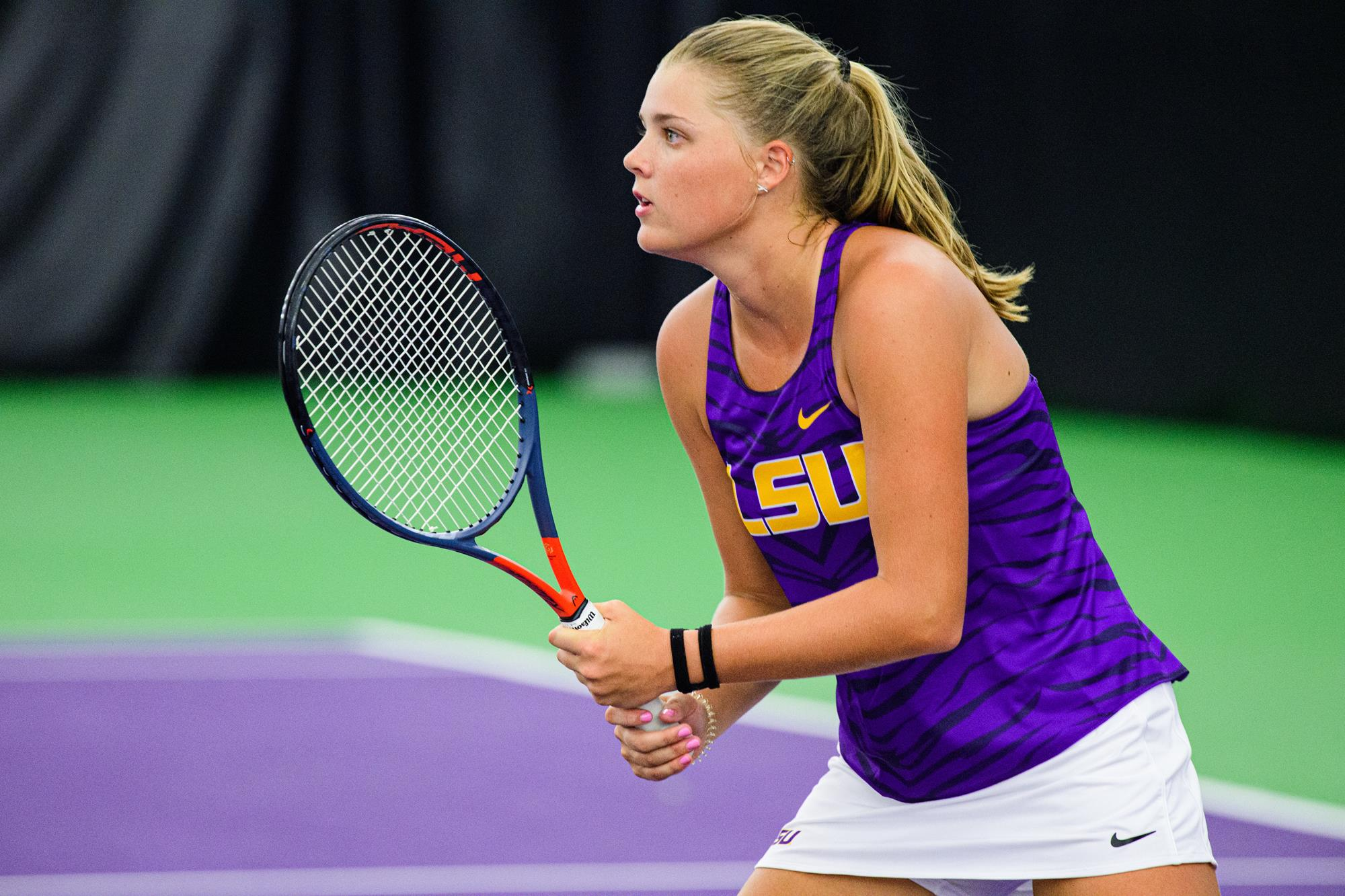 Nashville, Tenn. – Freshman Maggie Cubitt earned the first clinch of her collegiate career as she clinched a 4-3 win for LSU over No. 20 Vanderbilt on Friday, February 28, at the Currey Tennis Center.

“Tremendous start to our SEC season,” co-head coach Michael Sell said. “Especially on the road! This win came from all the hard work and determination they have put in over the past couple weeks and the trust and belief in each other.”

“We’ll enjoy this win tonight and then start our Missouri preparation tomorrow. We can’t wait to return home for SEC home opener on Sunday!”

Junior Eden Richardson and freshman Nina Geissler struck first for the Tigers at the No. 1 doubles, where they comfortably defeated No. 18-ranked Georgia Drummy and Christina Rosca by a score of 6-1. The win is the duo’s second ranked win of the season, and 12th overall this season.

The pair of senior Paris Corley and sophomore Anna Loughlan clinched the doubles point for the Purple & Gold, earning their second win of the season as a duo at the No. 2 as they defeated Anna Ross and Emma Kurtz 6-1.

Vanderbilt earned its first point of the night at the No. 1 singles, where No. 18-ranked Rosca defeated No. 33 junior Taylor Bridges by a score of 6-3, 6-2.

At the No. 3, Richardson equalized for the Tigers and grabbed her fifth consecutive singles win as she defeated Kurtz in straight sets, 6-3, 6-3.

LSU took a 3-2 lead after Geissler earned her sixth win of the dual season at the No. 4, where she defeated Amanda Meyer in the first set 6-1 before winning a tight second set in a 7-6(3) tiebreaker.

Vanderbilt made it 3-3 on the night after Marcella Cruz was victorious against Corley. Cruz took the first set 6-2 before Corley struck back with a 6-1 win in the second to force a third set. The third set saw Cruz take the lead and not look back on her way to a 6-2 win.

The match came down to the No. 6, where Cubitt faced Dasha Kourkina. Cubitt controlled the first set was victorious 6-3 before dominating the second set 6-1 to get her fourth win of the season and clinch a Top 25 win for LSU.

The Tigers conclude the weekend by hosting Missouri at the LSU Tennis Complex at noon CT on Sunday, March 1.