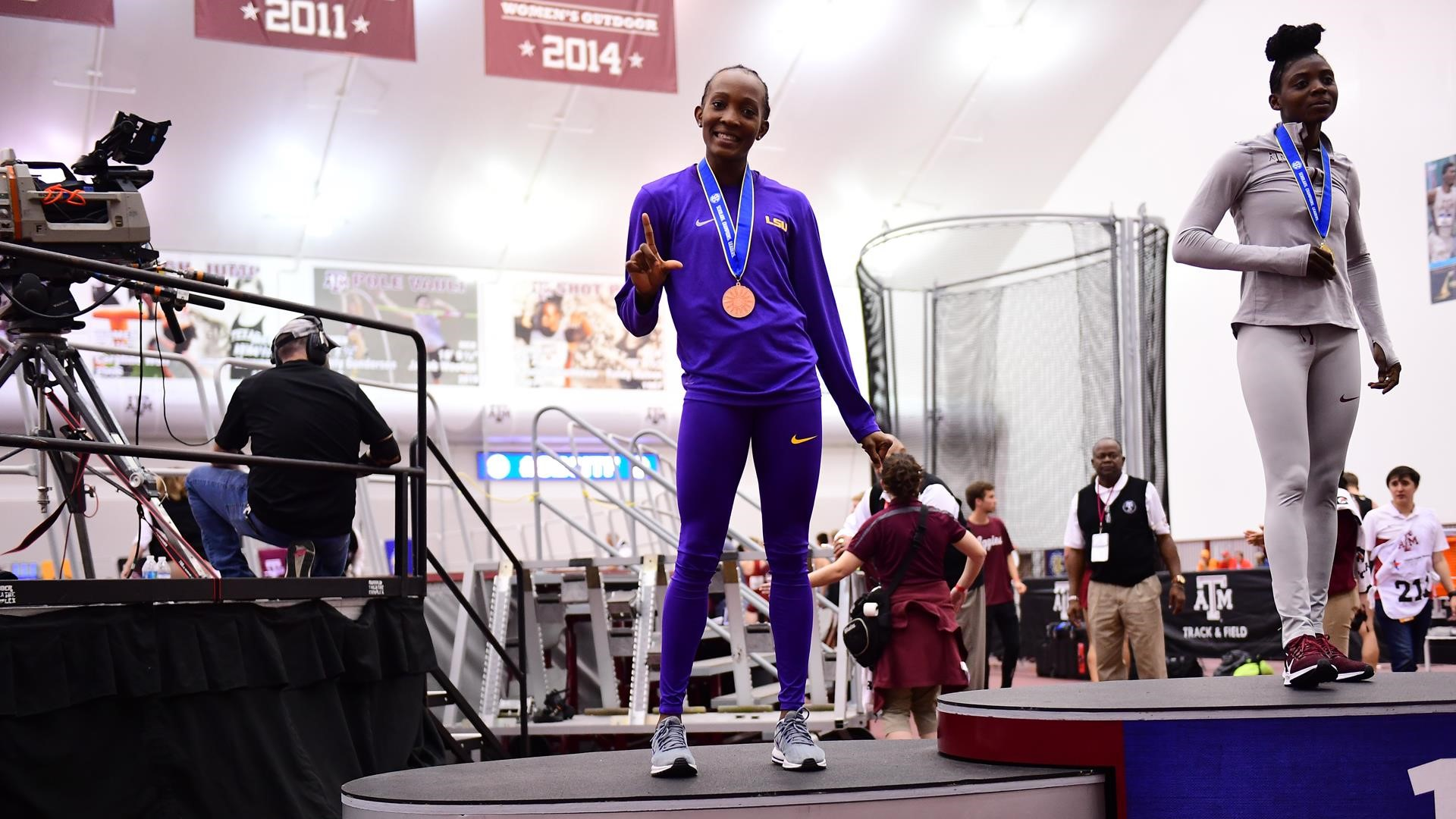 After one day of competition, LSU is in eighth on the men’s side with 12 points, and the women are in 10th place with six points. Arkansas leads the men’s competition with 35 points after the first day, and the Arkansas women lead with 36 points. Even though the Tigers sit down in the standings after day one, they have the most finalists advanced from Friday qualifying. LSU will have a total of 20 scoring chances on the women’s side Saturday, and the men have 15 scoring opportunities.

Mercy Abire scored for LSU for the second straight season in the long jump. The senior from Nigeria leaped out to a mark of 20′ 11.75″ (6.39 meters) on her second attempt of the meet to give her the third-place finish and earn six points for the LSU women.

Amber Hart missed out on the finals in the shot put by one spot. She registered a personal best heave 49′ 11″ (15.21 meters) to rank No. 7 in LSU history and finish 10th overall.

Day two of the SEC Indoor Championships will begin for LSU on Saturday at 1:15 p.m. CT with the women’s and men’s high jump. Abby O’Donoghue and JuVaughn Harrison will be looking to defend their titles from a season ago. Day two of the meet will be available to watch on WatchESPN beginning at 4 p.m. CT.