Gymnastics Tops No. 14 Arkansas in the PMAC 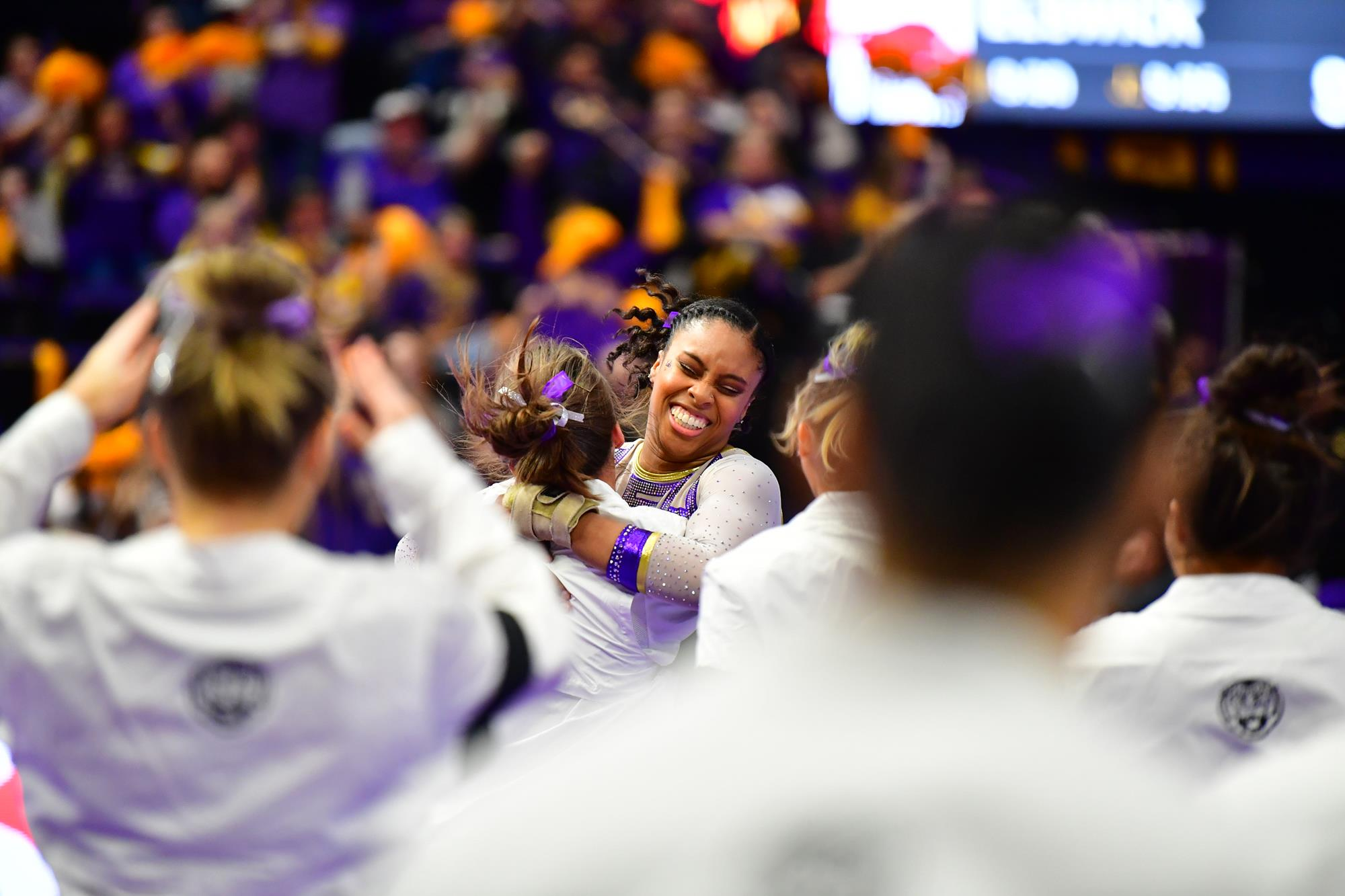 BATON ROUGE – In front of the eighth-largest crowd in school history, the fifth-ranked LSU gymnastics team totaled another strong score of 197.125 to defeat No. 14 Arkansas, Friday night inside the Maravich Center.

More than 12,000 fans packed the PMAC to watch the Fighting Tigers improve to 11-2 and 5-2 in the Southeastern Conference. LSU responded to a new lineup on four every apparatus as the squad dealt with illness and injury.

“The reshuffling of the lineup impacted us a little bit tonight,” D-D Breaux said. “There was still a lot of polish and some good landings tonight. We had a lot of career highs tonight, which shows that we’re progressing in the right direction.”

LSU will compete two more times in the regular season. The team will take on TWU in Fort Worth at 7 p.m. CT Friday then return to the Maravich Center for one final meet on Friday, March 13.

Harrold Claims Her Fourth Vault Title
LSU struggled to find its landings in the opening rotation but still scored a 49.100 to take an early lead. Freshman Maddie Rau scored a 9.80 and junior Sami Durnate earned a 9.775 as both matched their career highs.  Senior Ruby Harrold claimed her fourth vault title with the score of 9.875. Freshman Kiya Johnson and senior Kennedi Edney scored a 9.825 to complete the first rotation.

Career Highs for the Tigers on Bars
The bars lineup settled in and scored a season high 49.525 to extend the lead at the halfway point. Johnson captured her second career bars title in the opening spot with a career high for a 9.95. Junior Bridget Dean followed in the second spot with a 9.90 to also match her career high. Freshman Alyona Schchennikova scored a 9.825 in the third spot and Durante followed with a 9.875. Edney put up a 9.925 to set a season high and Harrold ended the rotation with a 9.875.

Campbell Headlines Beam Squad
Junior Christina Desiderio started off the third rotation strong with a 9.80 and she was followed by Dean who earned a 9.85. Shchennikova made her debut on the event and earned a 9.825. Edney scored a 9.875 in the fifth spot and junior Reagan Campbell tied her career high with a 9.975 in the anchor spot for the title.