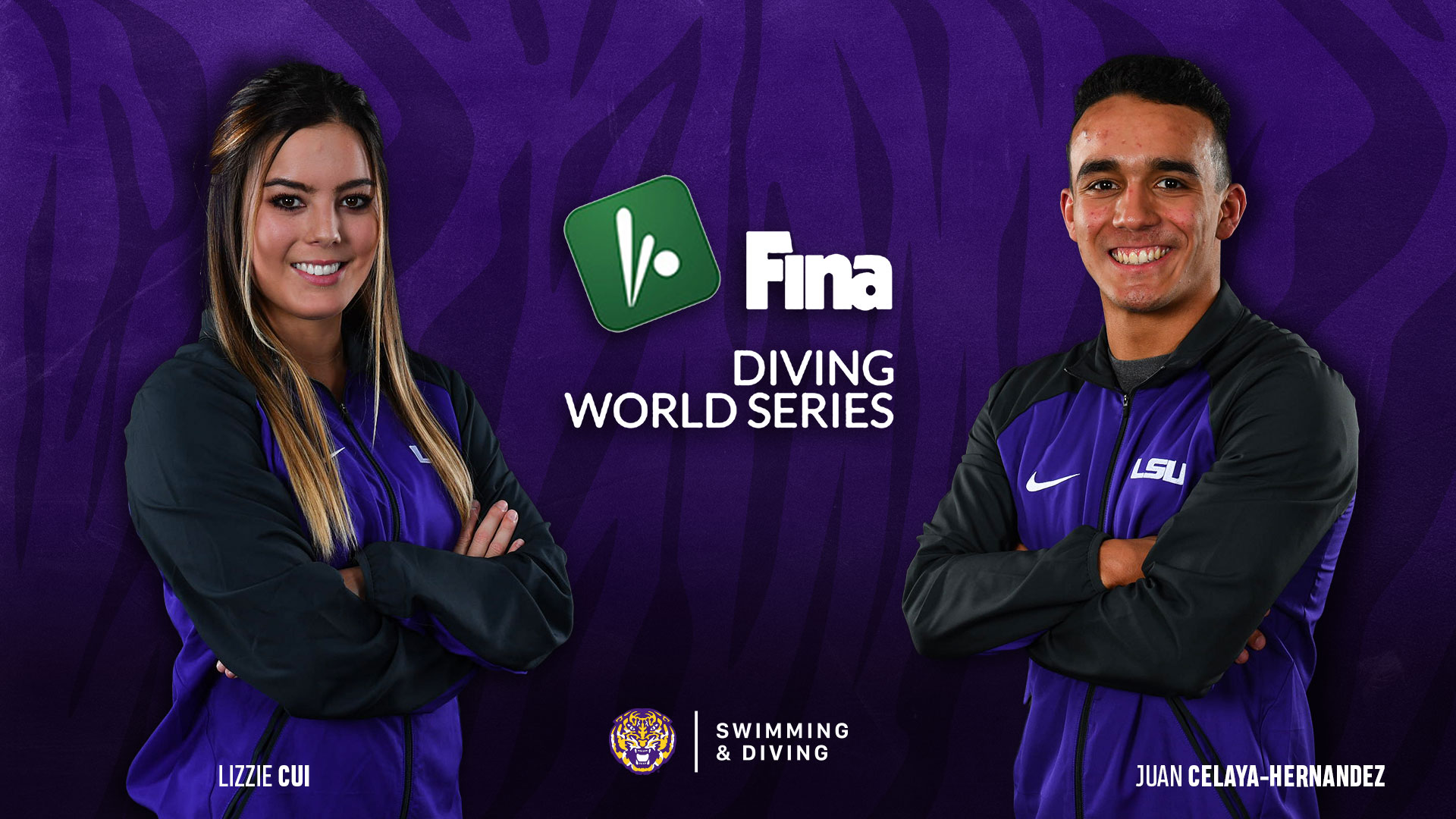 Montreal – LSU diver Juan Celaya-Hernandez and former diver Lizzie Cui will compete in the first leg of the FINA Diving World Series in Montreal Canada February 28-March 1. This is the first international competition for both Celaya-Hernandez and Cui as they look forward to the Tokyo Olympics beginning July 26.

This past season on the international stage, Celaya-Hernandez started the 2019 summer off in Kazan, Russia in the FINA Diving World Series for his native country Mexico. Celaya-Hernandez, along with his partner Yahel Castillo earned a bronze medal in the event, kick starting what would be a very successful summer on the Three-Meter Synchro.

At the 2019 World Championships in Gwangju, Korea, the duo of Celaya-Hernandez and Castillo claimed another bronze medal for Mexico with a score of 413.94.

For Cui, she also made her mark on the international level during the summer. Cui finished number eight in the world on the One-Meter at the World Championships with a score of 244.20. She then earned her second top-10 finish at the Championships in Mixed Synchro with a ninth place finish with her partner Anton Down-Jenkins.

You will be able to closely follow LIVE all the results of both meets on the FINA app and/or FINA website, and all finals will be live streamed on FINAtv.