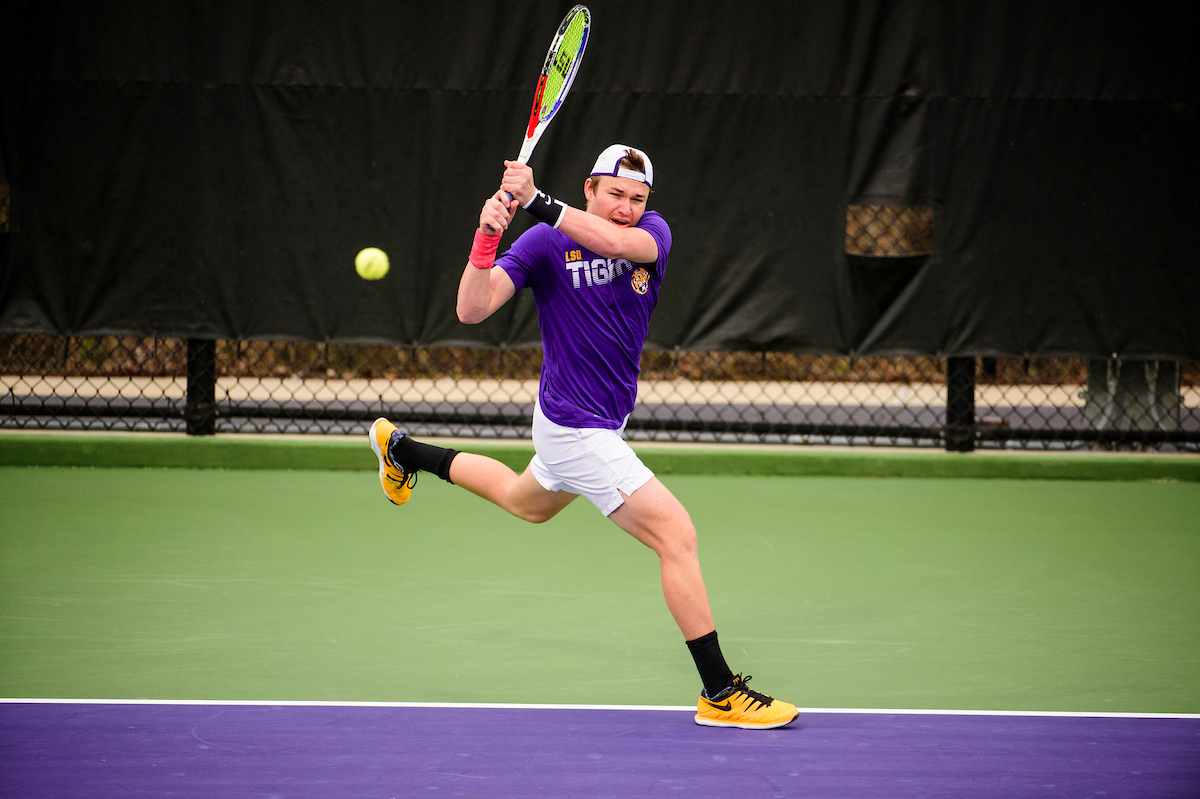 BATON ROUGE — The No. 38 LSU men’s tennis team starts SEC play this weekend by hosting Vanderbilt on Friday, February 28, at 5 p.m. CT at the LSU Tennis Complex. The Tigers will then travel to Lexington, Kentucky, to take on the Kentucky Wildcats on Sunday, March 1, at Noon CT.

The 8-2 Tigers came out of Houston, Texas last weekend victorious, taking down Rice, 4-1, on Sunday. In doubles, sophomores Nick Watson and Boris Kozlov improved to 6-1 on the year, winning 6-4 on court three. Ronald Hohmann and Rafael Wagner clinched the doubles point with their eighth victory this season, winning 6-4.  In singles, Kozlov stayed undefeated with a 6-0 record on court three. Ronald Hohmann continued his impressive freshman campaign, holding down court two with a 6-1, 6-3 victory. Joey Thomas claimed his fourth singles win on the year, clinching the match with a 6-1, 7-5 victory.

The No. 39 Commodores started the season 5-1 but are 1-2 in their last three matches. Vanderbilt faced one ranked opponent in No. 21 Florida State, but lost 4-2. Junior George Harwell is ranked No. 109 singles with a record of 8-1 this year. He has one win over a ranked opponent. The Commodores are led by head coach Ian Duvenhage, who is in his 15th season at the helm. He took Vanderbilt to the NCAA Super Regionals last season.

The Wildcats started the season 6-1 with a loss over the only ranked opponent they faced in non-conference play, No. 7 Wake Forest, 4-2. Since then, Kentucky is 3-3 over their last six with losses to Oklahoma, Northwestern, and Duke. Alexandre LeBlanc is ranked No. 71 with an 8-1 record in singles this year. Cedric Kauffman is in his seventh season as head coach. Last season, Kentucky went 15-12 with wins over Virginia and No. 7 Illinois, finishing the season at No. 22.

December 2022 CCACSA Student-Athletes of the Month

December 2022 CCACSA Student-Athletes of the Month