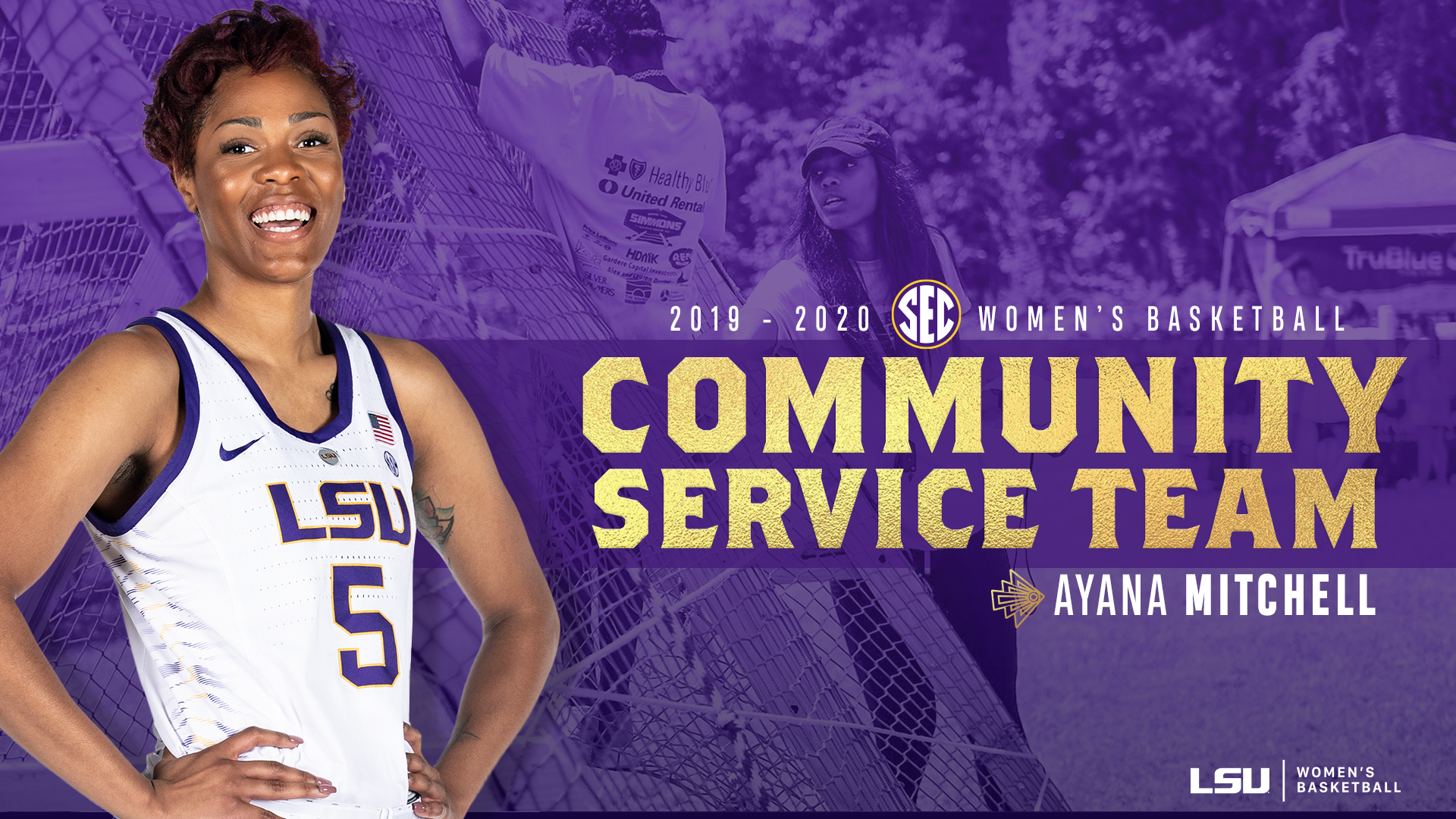 Mitchell continues to grow her involvement in the community, not only in Baton Rouge, but back home in Conyers, Georgia. She has built a relationship with the Gardere Elementary School in Baton Rouge by volunteering in the classroom, at lunch, reading time and recess.  She also volunteers with the youth at Lighthouse Christian Fellowship Church in Baton Rouge and is a motivational speaker at schools in several parishes around Baton Rouge.

On campus Mitchell served as a counselor for the Pre-Scholars Academy, a 3-week program for 60 incoming LSU students, helping them get used to their new environment on campus. With her team, Mitchell has participated in the annual BOOzar and Thanksgiving with the Tigers events and volunteering at the Knock Knock Children’s Museum and the Greater Baton Rouge Food Bank.

Mitchell, a fifth-year senior, ends her LSU career as one of the most prolific women’s basketball players in Tiger history. The Conyers, Georgia native will finish at No. 6 on LSU’s all-time rebounding list with 911 rebounds, one of only six LSU players to hit the 900-career rebounds milestone. She is ranked No. 22 on LSU’s all-time scoring list with 1,275 points and her 59.5 career field goal percentage will rank third on the LSU all-time list. An All-SEC performer, Mitchell’s 36 career double-doubles ranks among the most in LSU history.

Mitchell has been recognized this season as a Top 10 finalist for the Katrina McClain Award and Top 30 Senior CLASS Award candidate. She was also on watch lists for the John R. Wooden Award and the Naismith Trophy.