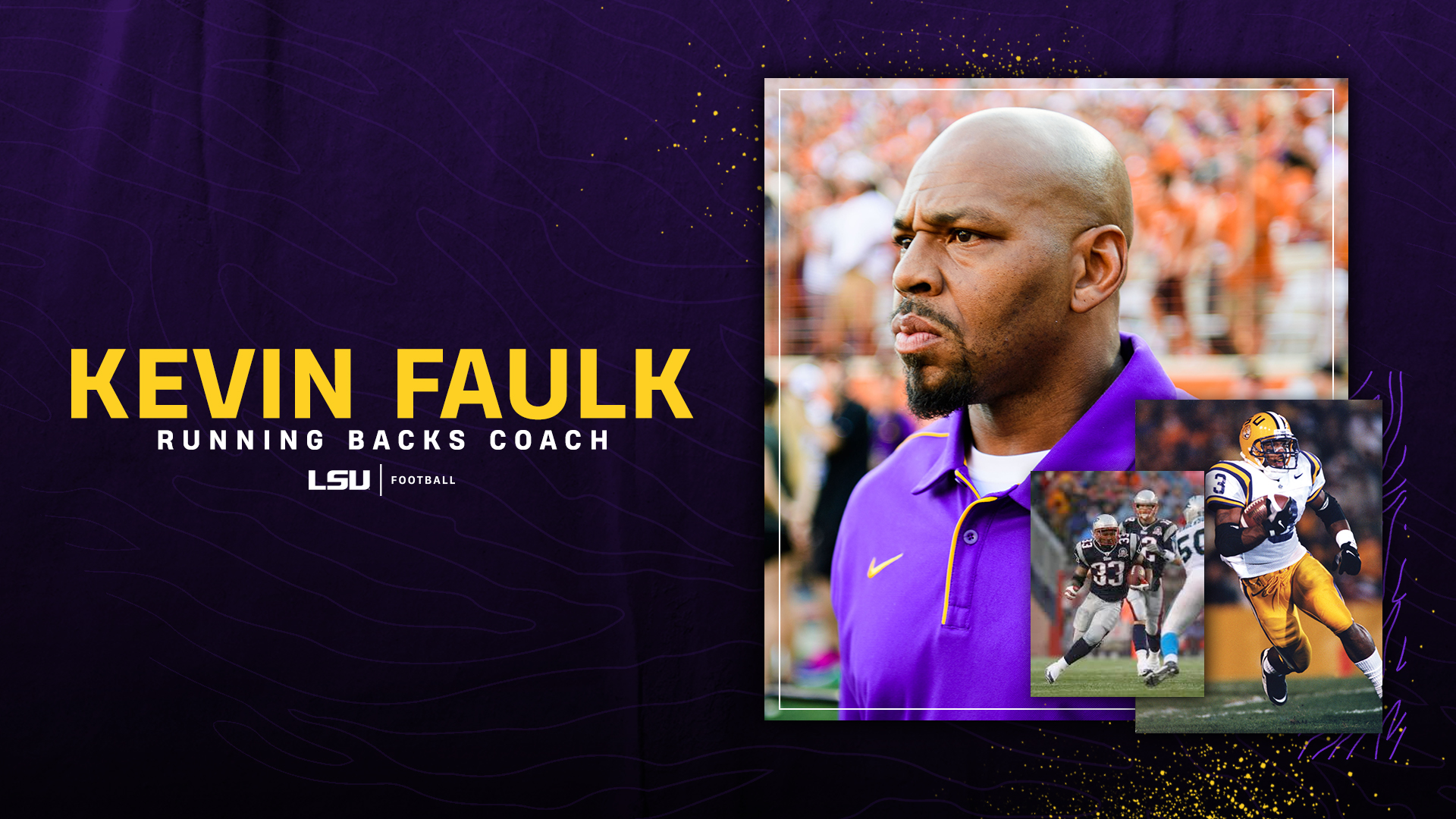 Faulk joined the LSU football staff in January 2018 as Director of Player Development. He worked with LSU student-athletes on their academic direction, social development and overall quality of life.

Faulk’s hire is pending approval from the LSU Board of Supervisors.

“We would like to thank Tommie (Robinson) for being a part of our national championship program and wish him the best in his future,” Orgeron said. “Kevin is a great teacher and mentor and someone that has earned the respect and love of our players. We are honored to have one of the greatest players in LSU history as part of our coaching staff. This is a home run hire.”

Faulk, who is the school’s all-time leader in rushing yards (4,557) and rushing TDs (46), starred in the backfield for the Tigers from 1995-98, helping LSU to three bowl appearances over that span. Faulk earned All-America honors from the Associated Press in 1996.

Faulk capped his record-setting LSU career as the SEC’s all-time leader in all-purpose yards with 6,833. He still ranks third in SEC history in rushing yards and rushing TDs.

“The day I graduated high school I knew I wanted to be a coach,” Faulk said. “The coaches I had growing up meant so much to me and the community, and I knew I wanted to be that guy. To coach at my alma mater is the best thing I could ever hope for. I wear the purple and gold with pride every day, and I am ready to get going to help win another national championship.”

Drafted in the second round of the 1999 NFL Draft by the New England Patriots, Faulk spent his entire 13-year NFL career with that franchise. Faulk appeared in five Super Bowls with the Patriots, winning the title three times.

Faulk scored 33 touchdowns (16 rushing, 15 receiving, 2 kickoff returns) during his career with the Patriots and he holds the franchise record for all-purpose yards (12,349) and kickoff return yards (4,098).

A native of Carencro, Louisiana, Faulk retired from the NFL on October 9, 2012, and was elected into the Patriots Hall of Fame on May 18, 2016. Faulk is a member of the Patriots All-Decade
Team for the 2000s and was named to the franchise’s 50th Anniversary team as a return specialist.

Faulk is also a member of the LSU Athletic Hall of Fame as well as the Louisiana Sports Hall of Fame.

Faulk graduated from LSU in 1999 with a kinesiology degree. He served as an assistant football coach at Carencro, his high school alma mater, following his retirement from the NFL.