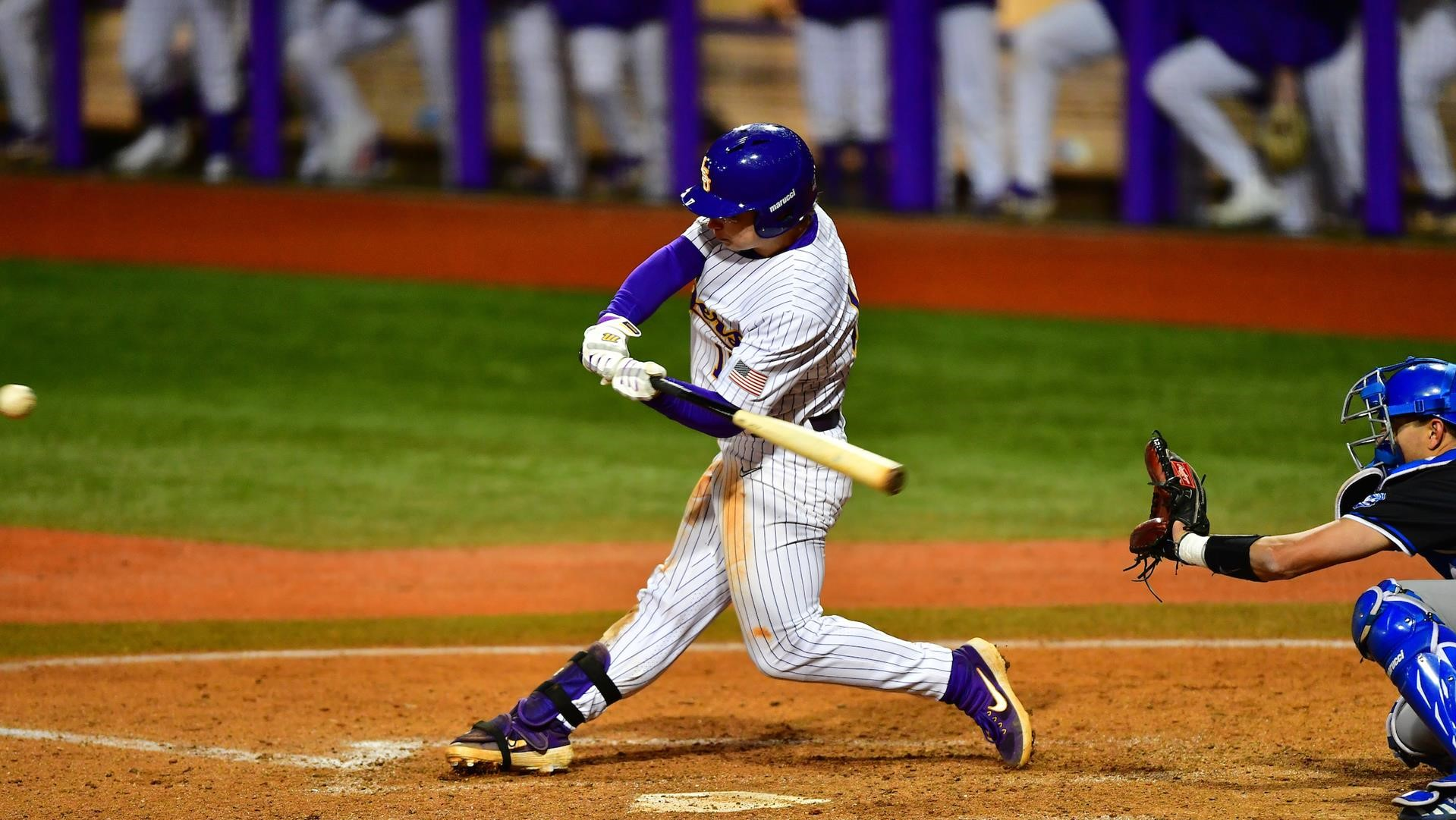 No. 11 LSU improved to 6-3 on the season with the win while Louisiana Tech dropped to 5-3.

The Tigers are back in action Friday night for the the Shriners Hospitals for Children College Classic in Houston. LSU will meet Texas Friday with first pitch scheduled for 7 p.m. CT at Minute Maid Park.

Fans can watch Friday night’s game and all other games during the weekend on Cox Sports Television or on the AT&T Sports Network. The games will also be streamed online at MLB.com.

The games this weekend will also be available on affiliates of the LSU Sports Radio Network and online at LSUsports.net/live.

“This Louisiana Tech team came in here last year and really put it to us, so there was no problem getting our guys fired up for this game,” said LSU coach Paul Mainieri. “Getting off to a good start was vital, and the first and second innings were really good offensive innings for us. Mathis and Beloso came through with some big hits for us, and we were able to build a lead.”

Junior left-hander Brandon Kaminer (1-0) earned the win in two innings of work. He struck out one and allowed one hit.

“We ran eight pitchers out to the mound,” Mainieri said, “and we only walked two batters. We threw a lot of strikes and got everybody sharp for this weekend. Tonight was a good all-around victory for us.”

LSU scored six runs in the first three innings to jump out to a 6-0 lead.

Mathis hit a leadoff single in the bottom of the first and then moved to second on a ground out to second by catcher Alex Milazzo. Mathis scored on an RBI single up the middle by Beloso.

The Tigers scored three runs in the second inning as centerfielder Giovanni DiGiacomo drew a leadoff walk and then stole second and moved to third on a wild pitch. Hampton Jr. came to the plate and dropped a double in shallow left that scored DiGiacomo.

Shortstop Collier Cranford then reached on a throwing error by Louisiana Tech pitcher Greg Martinez and advanced to second. Hampton Jr. scored the unearned run on the error.

With one out in the second, Milazzo reached on a fielder’s choice that took out Cranford at third. Milazzo then stole second and scored the unearned run on an RBI single to center off the bat of Beloso to give LSU a 4-0 lead.

DiGiacomo hit a two-out single up the middle and moved to second on an error by the pitcher to ignite a two-out rally in the third. Hampton Jr. followed with an RBI single through the left side that scored DiGiacomo.

Hampton Jr. advanced to second on a Cranford base hit, and Mathis then singled up the middle to score Hampton Jr. The two runs gave the Tigers a 6-0 lead after three innings.

Hampton Jr. was hit by a pitch with one out in the bottom of the fifth before stealing second. Mathis then yanked a two-out triple down the right field line that scored Hampton Jr. and gave LSU a 7-0 advantage.

The Bulldogs got on the board in the sixth inning as shortstop Alex Ray hit a one-out single and scored on a double to right center by second baseman Taylor Young.

Martinez (1-1) was charged with the loss, as he worked one inning and allowed four runs – two earned — on three hits with two walks.