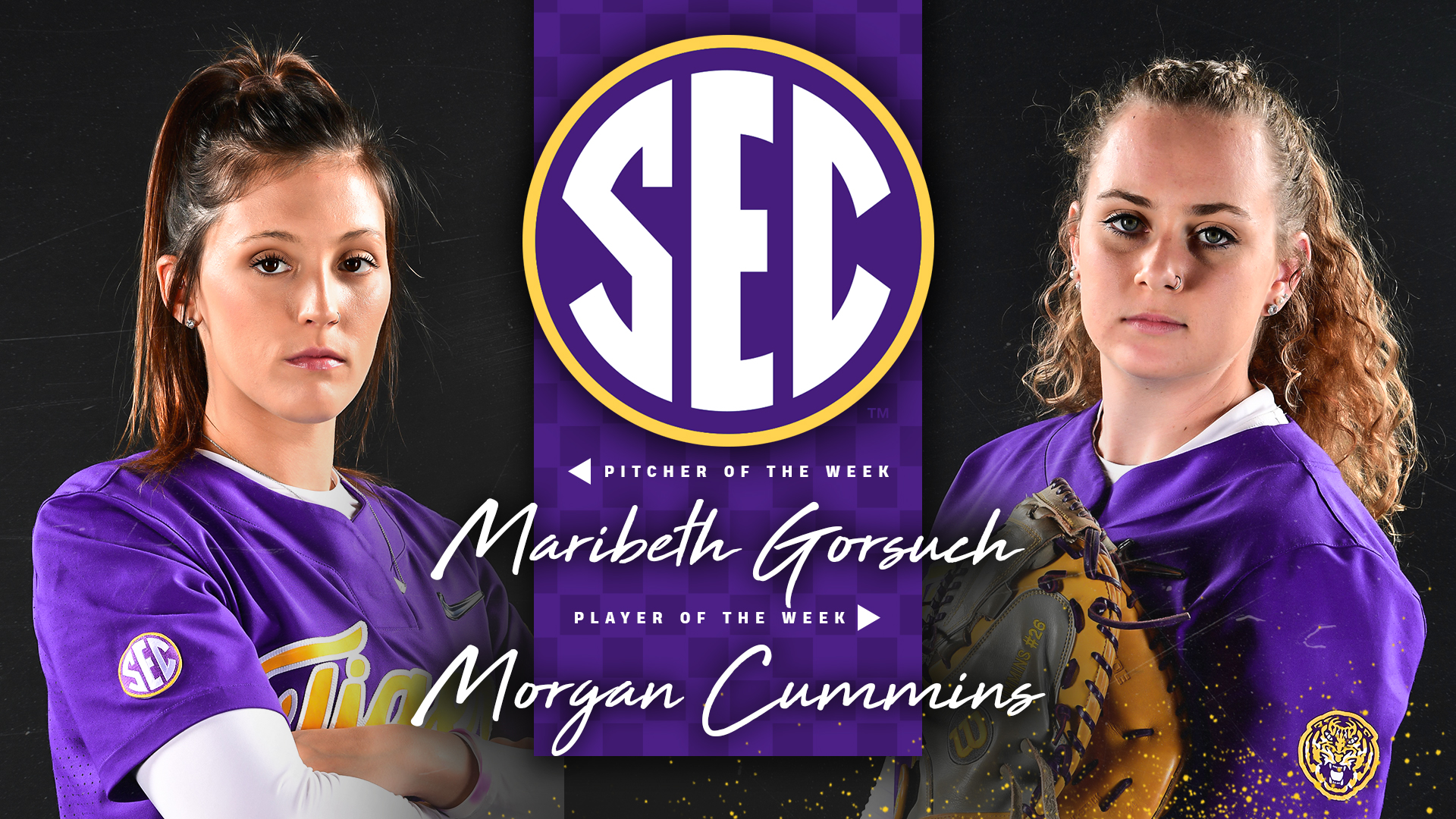 Gorsuch was on fire in the circle as she pitched two shutout victories, including the first seven-inning perfect game in program history. For the week, she totaled 22 strikeouts in 12 innings and allowed just one hit and one walk.

Her first win of the week came on Wednesday as she pitched a one-hit shutout against LA Tech. She struck out six and faced two over the minimum 15 batters. The only hit came in the top of the fifth inning.

On Saturday, she came back to the circle and threw a perfect game. She threw 21 first-pitch strikes and faced the minimum 21 batters. She struck out a career-high 16 batters, including eight straight from the second to fourth innings and struck out the side in the seventh to finish the game. She also had a total of 81 pitches and 61 of those were strikes.

Cummins led the Tigers at the plate with a .714 average. She had a total of 14 RBI on the weekend with a career-high of six in the win over Sam Houston St. on Friday, which included her first career grand slam.

She finished the weekend with 1.571 slugging percentage and a .583 on-base percentage. She scored five runs and had three doubles to go along with two walks. Against Sam Houston State on Saturday, she finished with four RBI off a walk, two sac flies and a single. She also had 19 putouts on the weekend with no errors.

After a 5-0 week, the Tigers are 13-1. In the circle last week, the Tigers had two one-hit shutouts, a no-hitter and a perfect game. They head to the Judi Garman Classic this week in Fullerton, California. They take on Loyola Marymount, Texas Tech, Cal, Washington and Colorado State. For a full schedule of the week, click here.