Beach Climbs to No. 2 in AVCA Poll 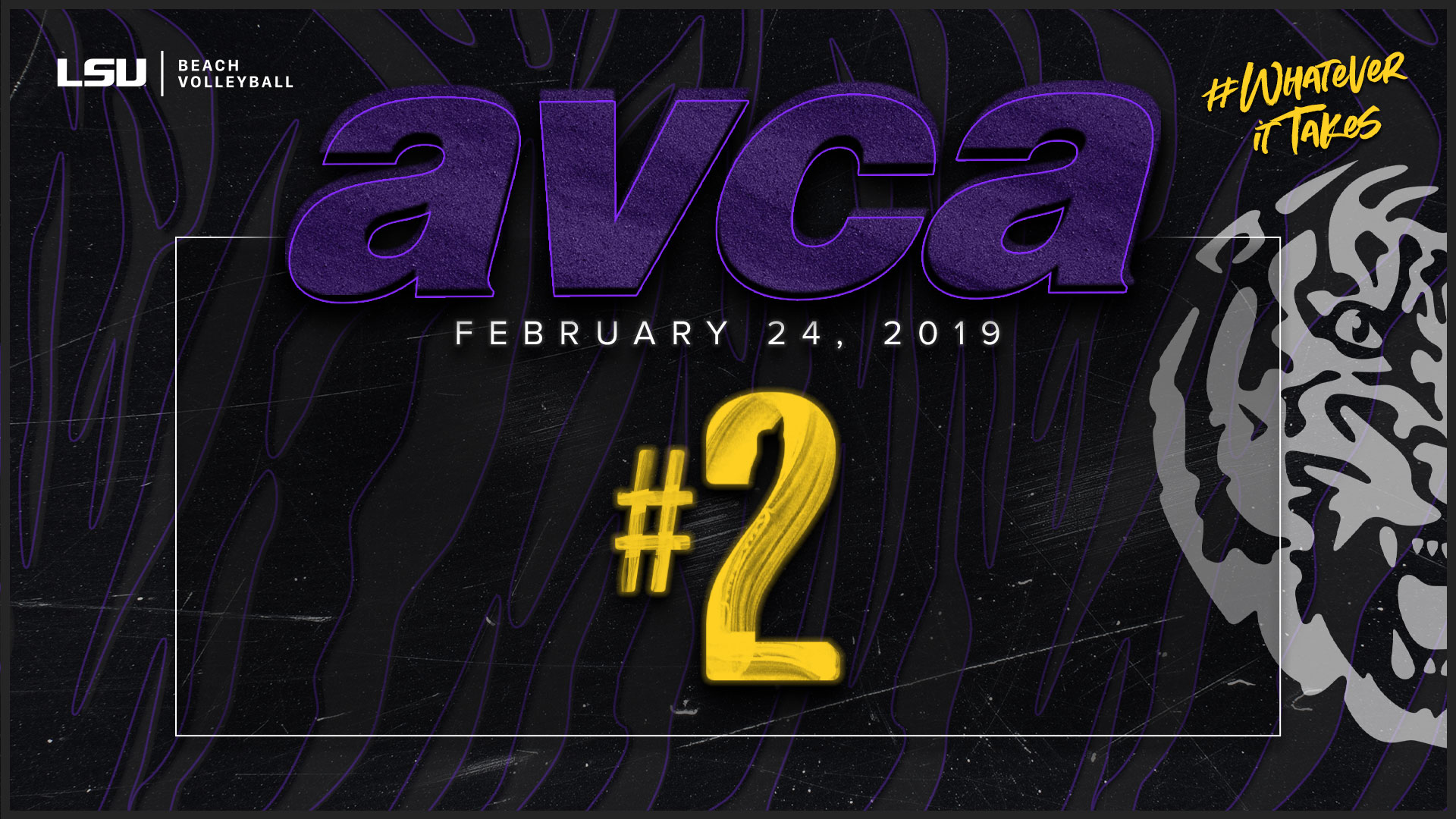 BATON ROUGE – LSU Beach Volleyball climbed one spot to No. 2 Monday in the AVCA Poll following an opening weekend in which it won two top-five matches and took home the Duke Kahanamoku Beach Classic Championship.

This is the highest AVCA ranking in program history. The Tigers have now been ranked in the AVCA Top-20 for 38 consecutive polls including 11 straight in the Top-10. LSU received one first place vote this week.

LSU was ranked No. 3 in the DiG Magazine Poll.

After sweeping Stanford in the season opener, LSU dropped back-to-back matches to UCLA and Hawaii to finish Saturday.

LSU came out ready to attack on Sunday, avenging both of its Saturday losses. It started in the semi-final match against Hawaii where LSU won, 4-1.

In the Duke Kahanamoku Beach Classic Championship against the two-time defending National Champions UCLA Bruins, the match came down to the final set on Court 3.

After UCLA took an early 2-0 lead over LSU on Courts 2 and 5, Taryn Kloth and Kelli Agnew won their fifth match of the weekend, all in straight sets, to get LSU on the board. Claire Coppola and Kristen fought for a three-set victory on Court 1 to even the match.

As Court 1 finished, the entire beach gathered on Court 3, the court nearest the ocean, where Ashlyn Rasnick-Pope and Toni Rodriguez were battling to give LSU its first win over UCLA in program history.

The Tigers’ pair would ultimately prevail as LSU became the first team other than USC to defeat the Bruins since May 4, 2018 when Florida State beat them in the second round at the NCAA Championship.

LSU and UCLA’s season series is now split at 1-1 and the Bruins are set to travel to Baton Rouge this weekend. LSU will host UCLA in a top-two matchup on Saturday at 5:15 p.m. CT at the Tiger Beach Challenge. LSU will host four other matches this weekend as well.