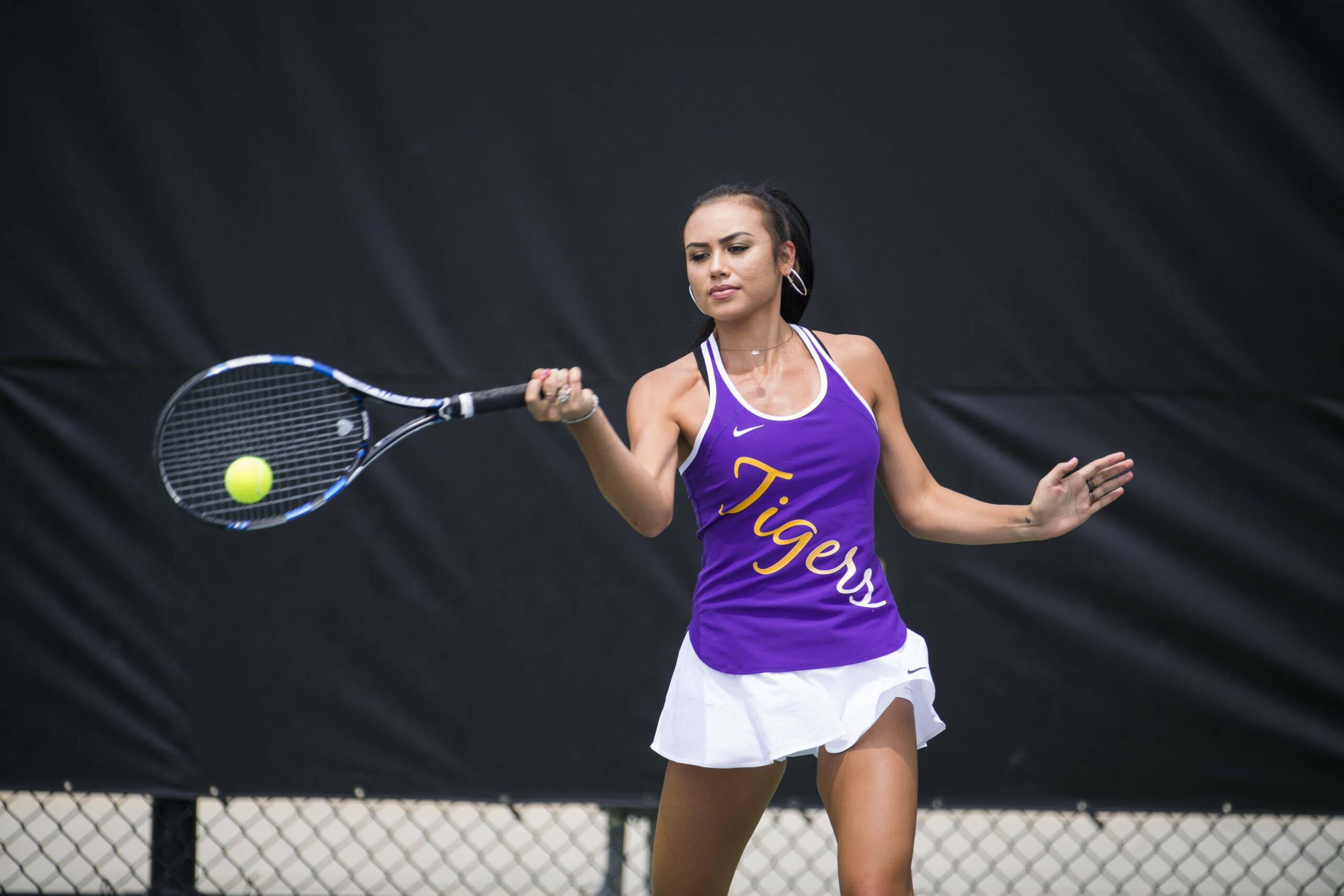 Houston, Texas – Junior Taylor Bridges clinched the match for the third time this season as the LSU women’s tennis team defeated Rice by a score of 4-1 on Sunday, February 23, at the George R. Brown Tennis Center.

With the win, LSU moves to 7-2 in the dual season.

“We’re very impressed and energetic after a road win against a tough Rice team,” co-head coach Michael Sell said. “We played our best doubles of the season and showed how strong our depth is with powerful performances from Nina (Geissler) and Maggie (Cubitt), combined with dominate tennis at the top spot by Taylor (Bridges)!”

“This was the perfect weekend to prepare us for SEC play starting next weekend. We will keep working and building off of this.”

Junior Eden Richardson and freshman Nina Geissler grabbed the first win of the match at the No. 1 doubles, where they defeated Michaela Haet and Linda Huang 6-1 to earn their fifth win as a duo in the dual season.

The Tigers clinched the doubles point at the No. 2, where senior Paris Corley and sophomore Anna Loughlan held off the duo of Priya Niezgoda and Anastasia Smirnova by a score of 6-3.

Geissler struck first for the Purple and Gold with a strong showing at the No. 5 singles, where she defeated Huang in straight sets, 6-3, 6-0. The win is Geissler’s fifth of the dual season, with all five wins coming in straight sets.

Freshman Maggie Cubitt earned her third win in as many matches and extended LSU’s lead to 3-0 at the No. 6, where she defeated Budin in straight sets. A narrow first set saw Cubitt edge Budin 7-5 before dominating the second set 6-0 to remain unbeaten in the dual season.

Rice earned their lone point of the afternoon at the No. 4, where Anna Bowtell defeated Corley. The two contested a close first set before Bowtell won 6-4. The second set was similar, with Bowtell able to hold Corley off 6-3 and decrease LSU’s lead to 3-1.

At the No. 1, Bridges earned her fifteenth win of the season and clinched the match for the Tigers with a straight set win over Heat. The first set was narrow, with Bridges able to pull ahead and win 6-4 before emphatically winning the second set 6-1 to give the visiting Tigers a victory.

LSU opens SEC play with two matches on the weekend. First, the Tigers travel to Nashville, Tennessee where they will take on No. 17 Vanderbilt at 4 p.m. CT on Friday, February 28 before returning home to host Missouri at noon CT on Sunday, March 1.