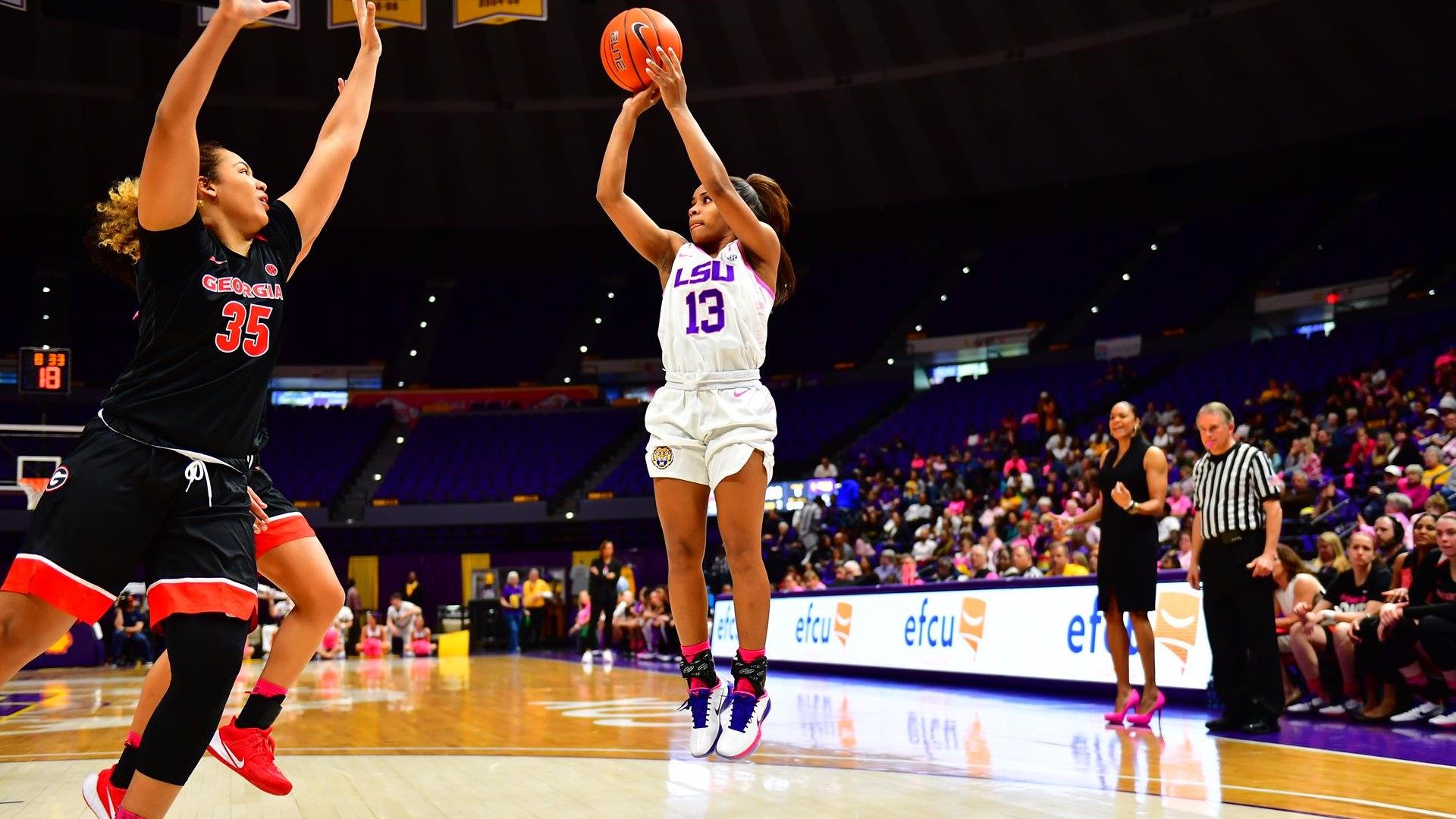 Junior Awa Trasi led the team with 13 points, while redshirt junior Faustine Aifuwa scored 12 points and had a team-leading six rebounds. Senior Jaelyn Richard-Harris also scored double-digits with 10 points and was 4-of-6 from the field and junior Khayla Pointer contributed seven points and six assists.

The Tigers will host Vanderbilt inside the PMAC on Thursday, February 27. The game is slated for a 6:30 p.m. start and will be streamed on SEC Network Plus. Live stats will be available.

On Georgia’s fast start and playing from behind…

“You know, the thing about this game is you want to get your team prepared for the next opponent and I told our team this. Yes, we’ve got to get prepared for Georgia, but our biggest opponent is going to be ourselves. We dug this hole at the very beginning of the first quarter. I said this to them: ‘You’ve got to respect the game, and there’s players that are going to make shots when they’re wide open.’ I thought in the first quarter those wide-open threes that we gave. One was, we go under screen, we told them, ‘She’s going to knock down the three.’ You got a kid that we know can shoot threes, which is (Gabby) Connally. That’s part of her game and she gets half of those threes in the first quarter. I think this group has got to say, ‘Hey, we’re coming down the stretch here, and we can’t be complacent. We have got to feel a different sense of urgency, and we are playing this game too passively.’ We go to South Carolina; we put together a good defensive effort where we hold a team like South Carolina to 20 points off of their average. That to me is a good defensive effort. Our offense now struggled, but it’s not that we didn’t have the possessions. Then, we come here, we give a team plus-10 than what they average. That’s two different defensive mindsets. That’s two different teams. It’s the same players because my roster hasn’t changed, but it’s the mindset that changed. That’s the part that we’ve got to channel back to having that defensive mindset. On the other side of it, offensively, we’re getting just as many or sometimes more possessions than our opponent.”

On the technicals affected the momentum of the game…

“I think there’s plays that are momentum plays, and there’s a lot of them throughout the course of the game where we might turn the ball over, or somebody might hit a three. Those are momentum plays. You can’t game plan for what happened because that’s a six-point swing. Faustine Aifuwa gets a foul; we take her out. It’s a lot of moving parts to that.”