Arms Elevate Bats as Tigers' Starters Turn the Weekend Around 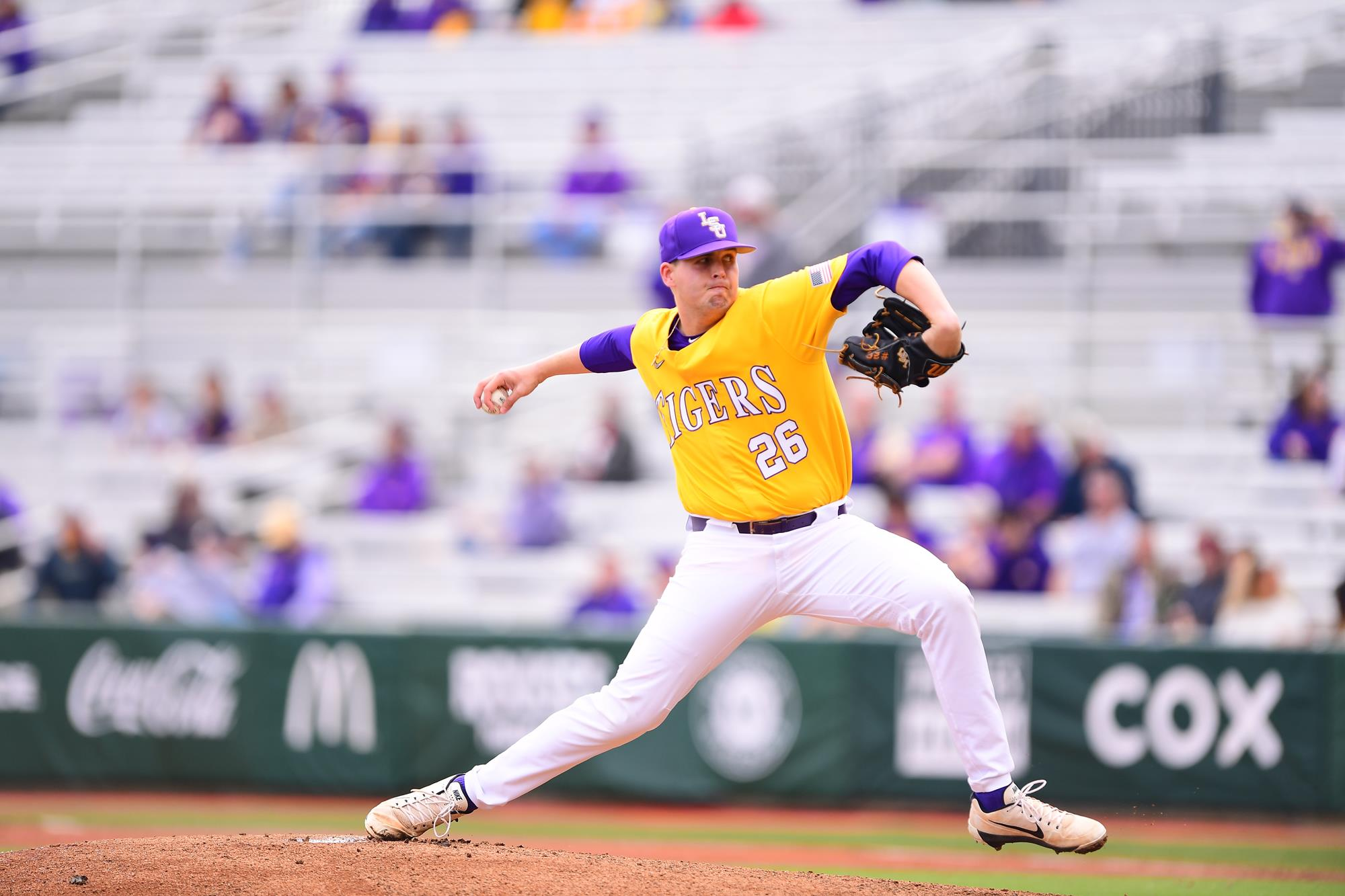 It’s a question Paul Mainieri hasn’t been asked in a long time, but one his team answered definitively this weekend.

Can quality starts from a pitching staff elevate struggling bats at the plate?

Before we get to the explanation, let’s look at the stats from LSU’s 10-2 win to take the series.

After AJ Labas gave the Tigers seven strong innings Sunday, the LSU starters combined for 20 innings this weekend, allowing just three earned runs, throwing strikes on 67 percent of their pitches, and posting a 1.35 ERA and a 0.75 WHIP.

But he was no less dominant otherwise, striking out six, allowing just four hits, and needing just 76 pitches to get through his seven innings. He threw all three pitches – a 90+ mph fastball, a complimentary slider, and an 82 mile per hour change up with serious armside run – for strikes.

Labas, making his first Sunday start of the season after last weekend’s start turned into a Saturday double header, used the extra day to stay on his throwing schedule and study Marceaux’s start.

“Just watching Landon last night,” Labas said, “if you just throw the ball over the plate and hit your spots with your fastball, they’ll get themselves out.”

Unlike Marceaux, Labas got offensive support from the outset.

Zack Mathis, hitting leadoff for the second straight game, and Alex Milazzo, hitting second for the first time all season, set the tone, combining for four runs scored at the top of the lineup.

Behind them, the big bats cleaned up, particularly Cade Beloso. After sparking LSU’s offense with a three-run double Saturday night, Beloso went 3-for-3 with three more RBI Sunday, driving home Daniel Cabrera in the first inning with a single before bringing Cabrera and Milazzo home again in the seven-run third inning.

“The ball started falling finally,” said Mathis, who went 3-for-6, scored three runs, and reached base six times from the top of the order in the last two games. “I think it was just a matter of time before that happened, because we’ve been putting good swings on it.”

Mainieri pointed to a few sparkplugs as key to the Tigers’ improved play late Saturday and Sunday: Milazzo’s scrappy at-bats and stellar play behind the plate, Mathis’ clinical defense at third and efficiency from leadoff, and Beloso’s production driving in runs. He praised the defense of Collier Cranford and Drew Bianco, whose second inning double play – after crashing into the left field wall – brought the Alex Box faithful to their feet.

But it started with the starters, who turned the weekend around one strike at a time.

“When Marceaux pitches the way he did and then Labas pitches the way he did, it gives your hitters time to kind of get into (it),” Mainieri said. “They don’t press, so they’re more relaxed, and they let the game come to them. The next thing you know you’re getting some big hits. I just think starting pitching sets the tone for you.”