Basketball Bounces Back at South Carolina, 86-80 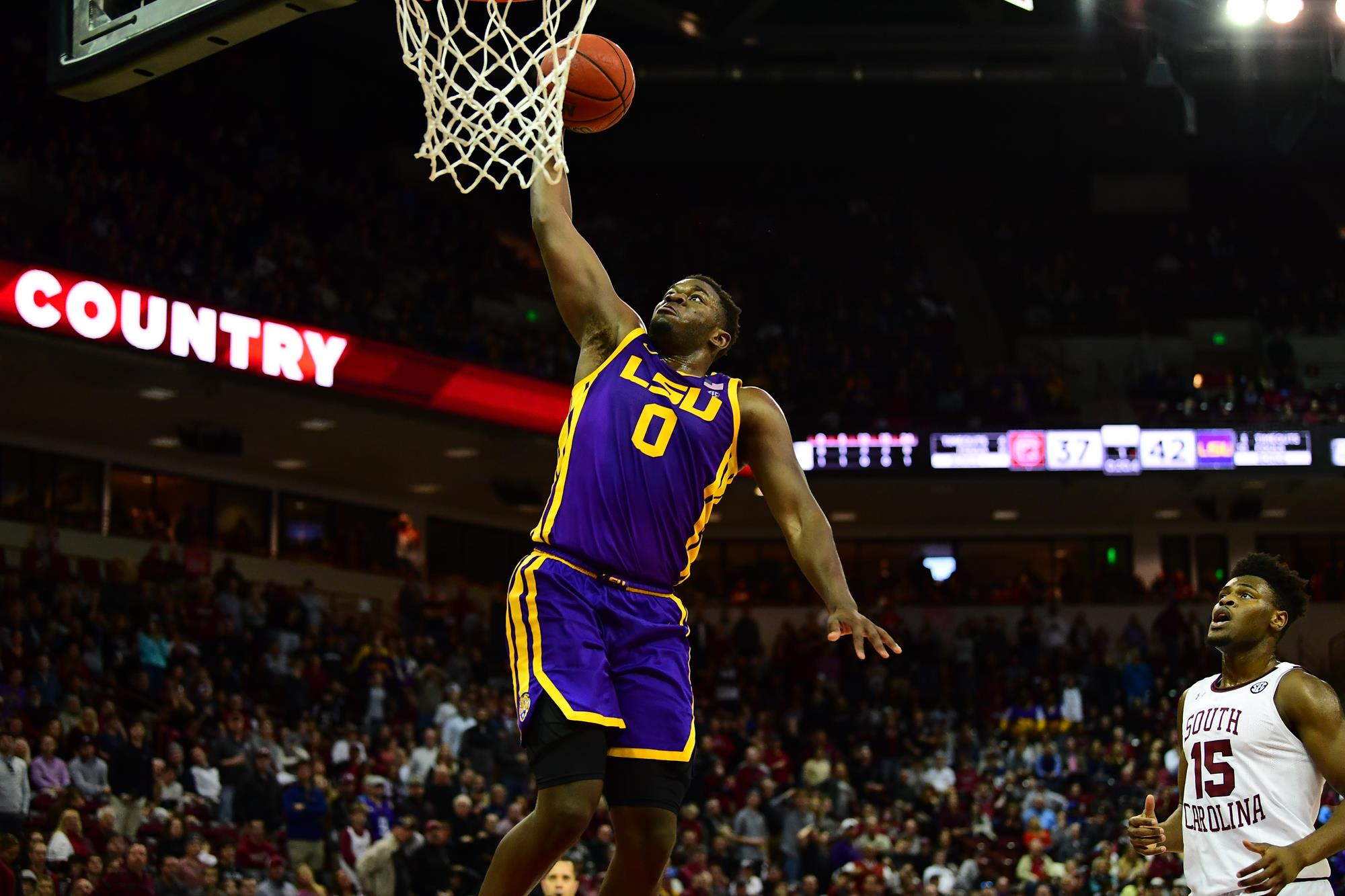 COLUMBIA, South Carolina – The LSU Tigers put four starters in double figures and had three players with at least nine rebounds as the Tigers got back on the winning track on the road with an 86-80 win over South Carolina Saturday night at the Colonial Life Arena.

The Tigers are 19-8 and 10-4 in the SEC, while South Carolina falls to 16-11 and 8-6 in the league. LSU helped its position for a double bye through the first two rounds of the SEC Tournament and now travels to Florida for a Wednesday night game with the Gators.

Darius Days and Javonte Smart each scored 18 points with Days getting nine boards, while Trendon Watford had 15 points and 10 rebounds and Skylar Mays had 13 points, nine rebounds and six assists for LSU.

The Tigers built a 44-37 halftime advantage and quickly opened a 10-point lead when Watford hit a three-pointer 24 seconds in to make it 47-37 LSU. South Carolina cut the game to four at 49-45 before LSU went on a nice run getting buckets and defensive stops.

Aundre Hyatt, who got his first LSU start in the game, hit a three to make it 52-45. After a free throw make by South Carolina, Charles Manning hit a three off a Mays pass, South Carolina missed and on LSU’s next possession, Manning followed his own miss to get the offensive rebound and dropped it to Days for a layup to make it 57-46.

South Carolina called time out and after a missed jumper and an offensive rebound, Days stole the ball. That possession ended in a three-pointer by Smart to push the advantage to 60-46 with 14:32 to play.

The Gamecocks made a run and got the game down to four in the final minute but LSU made six-of-eight free throws to ice the game.