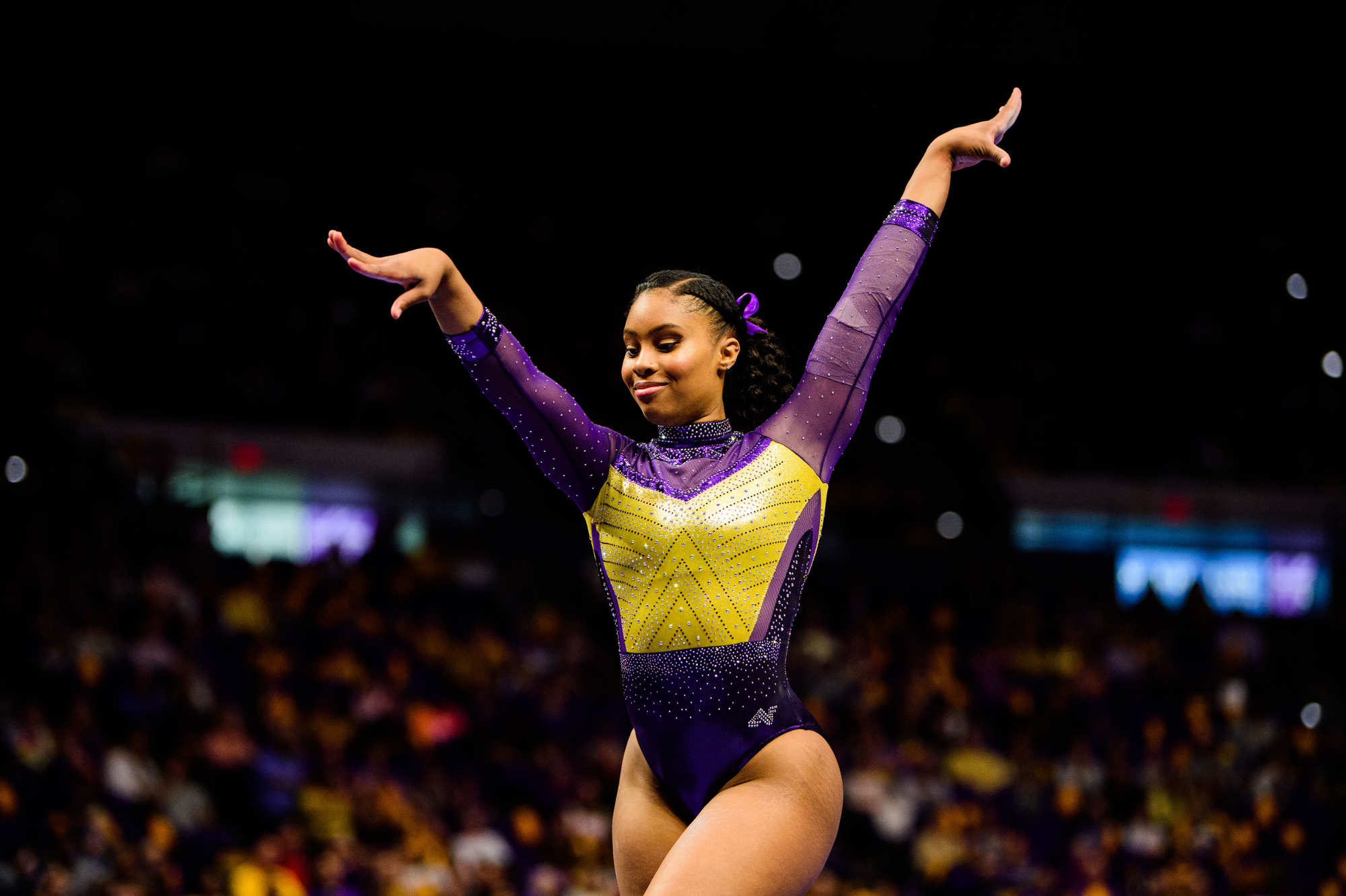 COLUMBIA, Mo. – The sixth-ranked LSU gymnastics team concluded its road swing with a team score of 197.025 and road victory over No. 18 Missouri Friday night at Hearnes Center.

The Fighting Tigers improved to 10-2 and 4-2 against SEC opponents.

“They showed so much character and so much grit tonight,” D-D Breaux said. “With their backs against the wall to end it they did some really good beam. We had some mistakes tonight but fought and scratched for every score. I thought our performance was a little bit better than the score indicated. Missouri had the momentum and we sucked it out of the arena to get the win.”
?Freshman Kiya Johnson secured another floor victory with a 9.925. Junior Sami Durante also won the bars title with a 9.90 and senior Kennedi Edney scored a 9.90 for the vault win.

The Tigers led by just .025 going into the final rotation needing a strong beam to hold off Missouri. Edney, Johnson and junior Reagan Campbell closed out the meet to secure the victory and push the beam total to a 49.400.

Juniors Christina Desiderio, Bridget Dean and Durante all earned a 9.85 to start the rotation. Edney scored a 9.875, Johnson earned a 9.90 and Campbell anchored with a 9.925.

To open the meet, LSU scored a 49.325 to build an early lead. Dean scored a 9.825 and freshmen Kai Rivers and Alyona Shchennikova scored a 9.85. Durante and senior Ruby Harrold both earned a 9.90.

The Tigers struggled to find their vault landings but still scored a 49.125. Freshman Maddie Rau and Durante put up a 9.775 in the second and third part of the lineup. Harrold scored a 9.85, Johnson earned a 9.825 and Edney anchored with her 9.90 for the victory.

LSU will return to the Maravich Center to take on Arkansas at 7:15 p.m. CT Friday. The meet will be streamed live on SEC Network+ at WatchESPN.com and the app. The meet against the Razorbacks is the student point night.